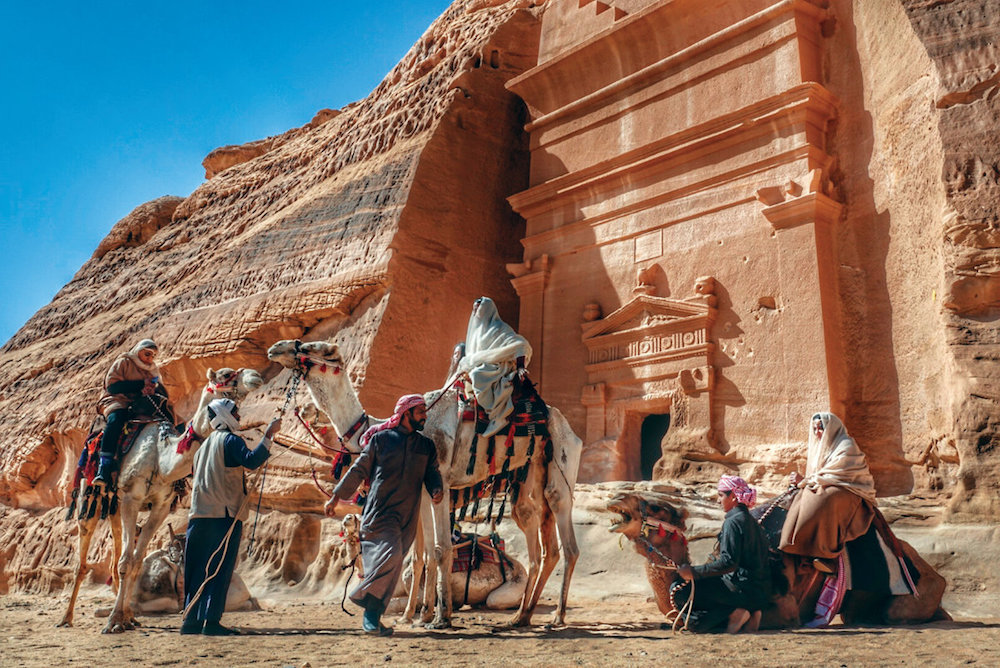 A Saudi firm that specializes in curating entertainment and cultural events is taking tourism and leisure experiences in the Kingdom to a whole new level, as demonstrated during the recently held AlUla Dates Festival.

Events company Midwam has managed a host of sporting, cultural and musical extravaganzas. Its forte is delivering immersive experiences, in locations such as London, Paris, New York and Russia, that use the latest technologies to engage the senses.

The company has worked on transformational events, including the first MDLBEAST Soundstorm music festival in Riyadh in December 2019, creating what it describes as “emotional and inspirational connections between the human and the brand.” 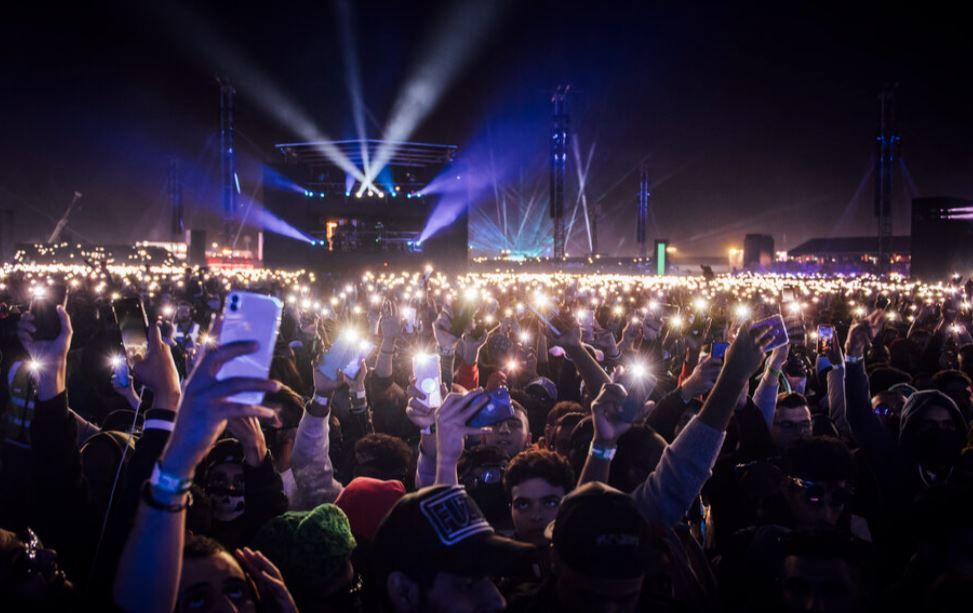 Events such as the MDLBEAST concerts offer visitors the chance to experience the richness of Saudi heritage and culture.

It counts leading Saudi public and private-sector organizations among its clients, including the Ministry of Culture, the Saudi Art Council and Misk Innovation.

“We are in the business of creating ‘big impact’ — that’s the most important thing for me,” Khalid Al-Muawad, the CEO and co-founder of Midwam, told Arab News. “If I don’t see ‘impact’ in the project, we don’t take it. We’re very selective with our projects in terms of impact.”

Over four weekends in October and November, the firm partnered with the Royal Commission for AlUla and the AlUla Dates Festival to give thousands of local and international visitors the chance to experience the richness of Saudi heritage and culture firsthand. 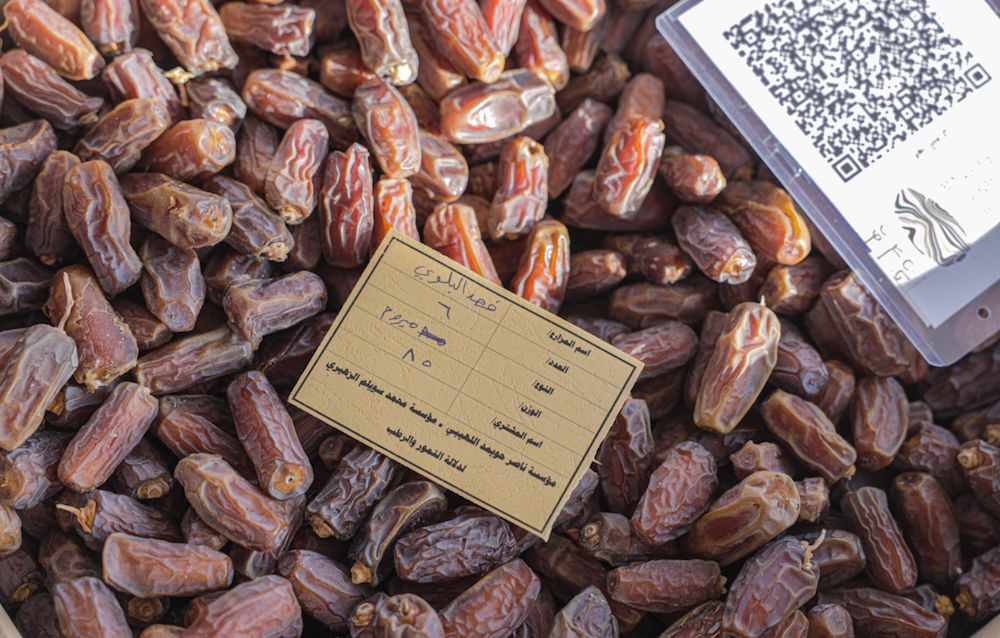 Once considered a lost city of the dead, AlUla has been transformed in recent years into a living museum that is home to the remains of ancient civilizations, important historical sites and archaeological wonders dating back as far as 200,000 years.

Located in northwestern Saudi Arabia and covering an area of more than 22,000 square kilometers, it is known for its dramatic sandstone mountains and fertile oases. Thanks to its location in the Arabian Peninsula, at a crossroads of civilizations, AlUla was once the ideal resting place for traveling merchants who covered great distances in trade caravans.

Midwam used its events expertise to bring the area’s unique heritage to life through an authentic souq, traditional music and even a date auction.

“We’re a company in Saudi Arabia that’s trying to explain to people that an experience should have its impact across different sectors,” Al-Muawad said. “We go across the market to showcase to people how experiences can really reflect on them, how it can impact them and be a very interesting tool for people to engage.” 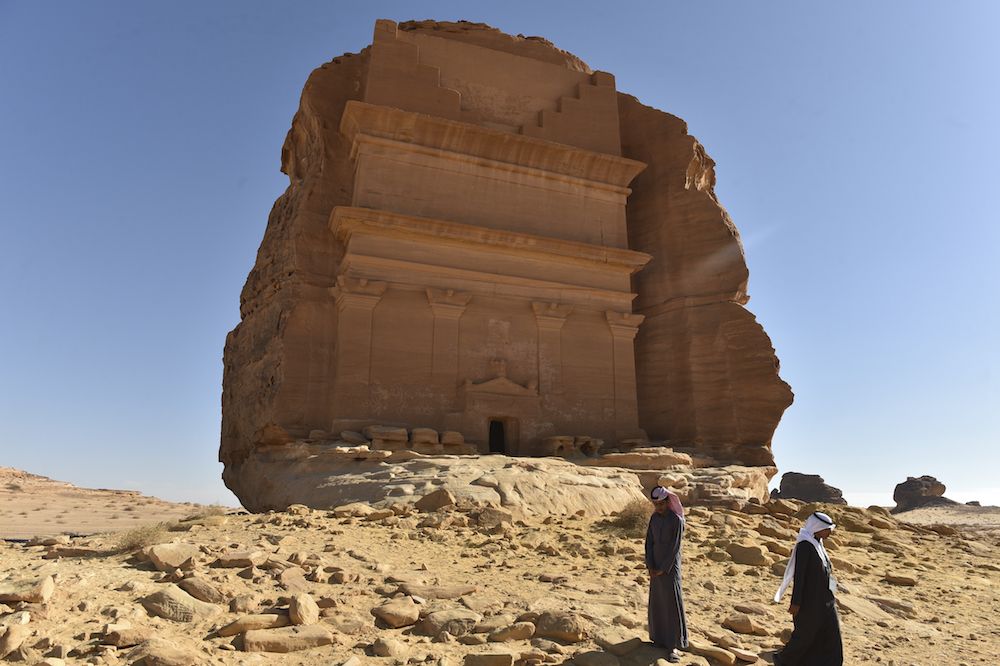 Launched in 2012 and based in Jeddah, Midwam has a pool of diverse talents, including designers, developers, engineers, architects, storytellers and interior designers. With about 30 employees, of which 70 percent are Saudi and half are women, Midwam is in the business of hiring “the best of the best” when it comes to local talent, Al-Muawad explained.

“We’ve been surprised by the number of people who are capable of various things when they’re given an opportunity,” he said. “And I’m very thankful and grateful that we do have such talent under our umbrella, who are able to deliver.”

Thanks perhaps to his background in banking, Al-Muawad has a nose for investment opportunities. He identified such an opportunity when he spotted a massive unmet demand for innovative cultural and entertainment environments with which people can engage.

“The game is all about engagement,” he said. “How can you engage people with your product or your story? Given the latest solutions, technologies and methods that are being rolled out in the world right now, the ordinary way of engaging with stuff has become boring, less appealing and less engaging. 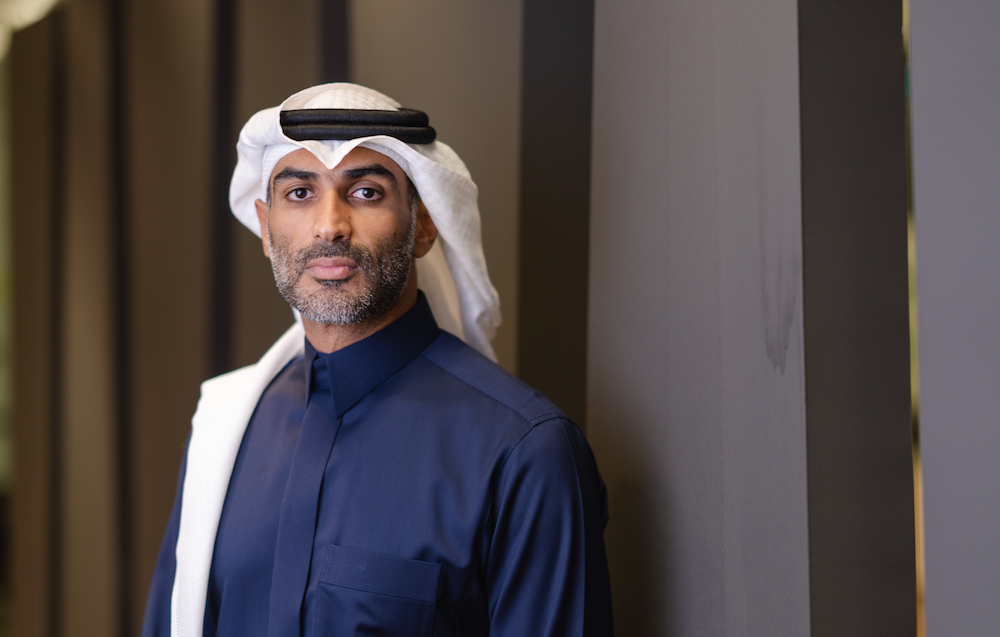 Khalid Al-Muawad, the CEO and co-founder of Midwam, spoke to Arab News.

“If you go to a bookstore, people want to use their hands, interact with content, flip pages, double click on a story and see a visual of it, go to its audio and listen to it rather than read. These are all engaging tools and solutions that are there.”

Such signs of changing behaviors across the market motivated the Midwam team to create experiences that target different aspects of culture, heritage, tourism, sports and entertainment through partnerships with firms in Saudi Arabia, the US, Europe and the Far East.

“In a nutshell, an experience is a space that contains people with an offering and a journey, and this is what we do,” Al-Muawad said. “We take spaces and transform them into a journey for people where they can engage with a story, a product, a scene, content, and they get to go through stops in this journey and interact with whatever program or offering that is designed for this space.”

When Midwam takes on a project, its team of architects, designers, engineers, developers, coders and content providers combine their talents to turn ideas for human-centric experiential journeys into reality.

In AlUla, for instance, the exceptional landscape provided a unique canvas that, in Al-Muawad’s words, could be transformed into a “magnificent magnet” for tourism by making the most of its outstanding natural beauty and ancient heritage. 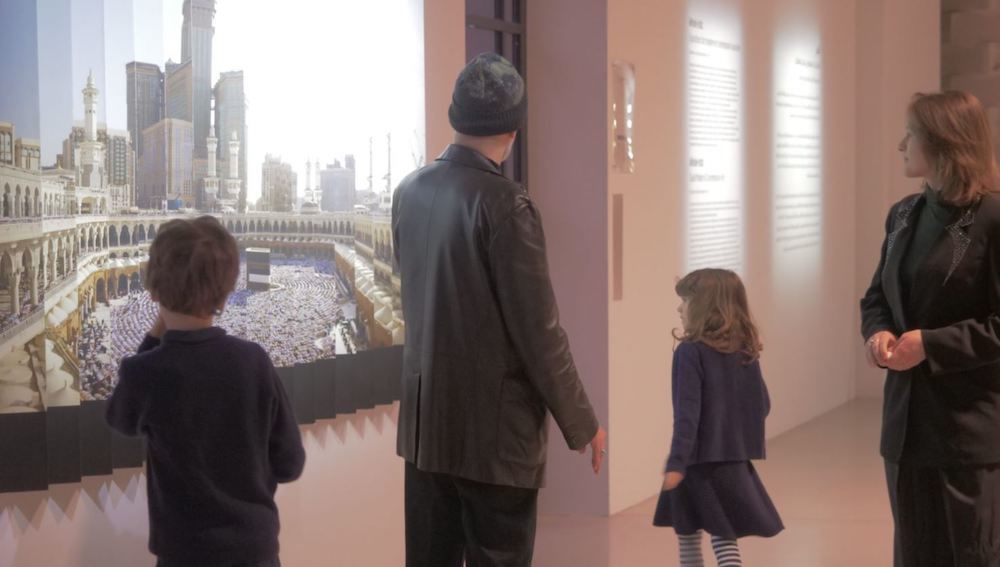 The Journey Through Time Masterplan was launched in April last year to develop AlUla into a major global tourist attraction.

The Royal Commission for AlUla has developed a number of successful projects in the area in the past couple of years, but Al-Muawad believes there is still potential for growth.

Such growth is already underway; following the framework established by Saudi Vision 2030, the Journey Through Time Masterplan was launched in April last year to develop AlUla into a major global tourist attraction.

Saudi Arabia’s Crown Prince Mohammed bin Salman, who is chairman of the RCU, described the plan as “a leap forward to sustainably and responsibly develop AlUla and share our cultural legacy with the world.”

The RCU had a similar vision in mind when it hired Midwam to transform the AlUla Dates Festival. Al-Muawad’s team created a traditional souq for the event, staffed by local families selling their own produce, along with an auction area for those selling dates in bulk. Entertainment was also laid on, including a parade, a storyteller, musicians and a children’s area.

“We had very positive feedback from the public,” Al-Muawad said. “It was a great opportunity for us, based in Jeddah and Riyadh, to interact with locals in AlUla. 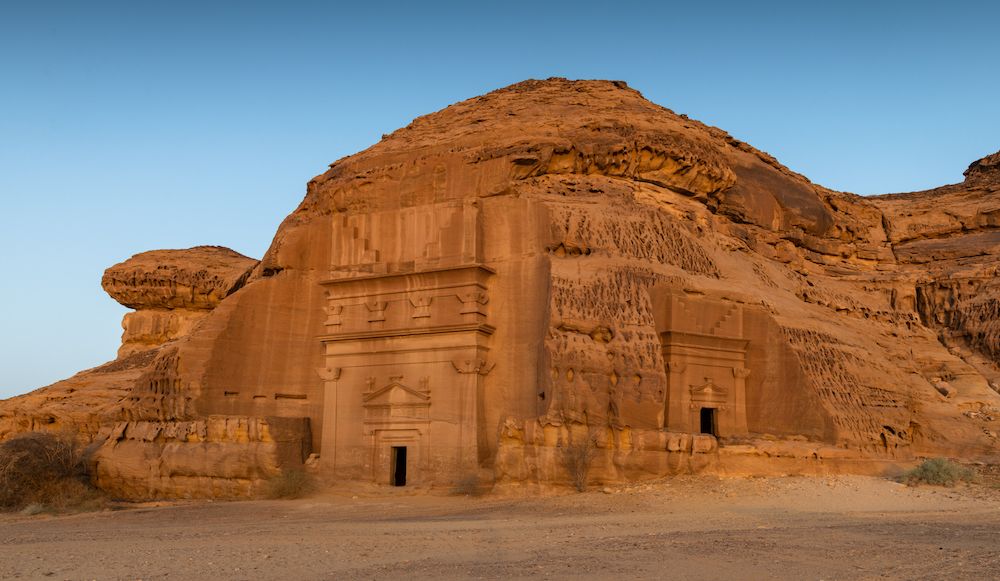 The Royal Commission for AlUla has developed a number of successful projects in the area in the past couple of years, but Al-Muawad believes there is still potential for growth.

“We got to meet the farmers, and we got to understand the stories behind the generations who have been inheriting this business of growing and selling dates. So, it was a very interesting journey for us as well.”

Al-Muawad believes cultural engagement of this kind is a powerful tool for enabling people from diverse backgrounds to build a better understanding of one another. Saudi Arabia and its people have always been pioneers of hospitality, he said, with a true love of welcoming visitors.

“This is something not only within Saudi Arabia,” he added. “It has been a feature within Arabs for quite a long time. When we used to be in the middle of the desert, on camels and in tents, we always had visitors and it was a big thing — and it still is.

“So, it’s important that, within AlUla, when we give the opportunity for people to engage with citizens and locals, they get to understand how kind they are and how interested they are in the field of agriculture and how they have been inheriting it for generations.

“Once you learn about that, you learn more about this culture and understand the importance and significance within Saudi Arabia itself.”