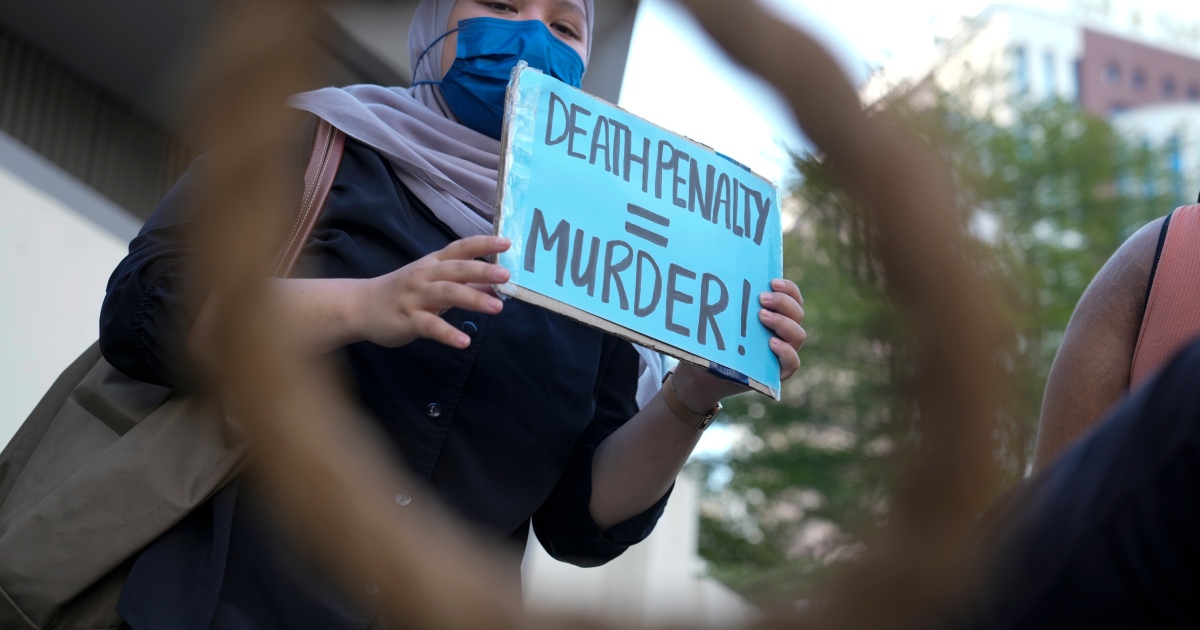 The number of executions globally rose 20 percent in 2021, while the number of death sentences handed down increased by 40 percent, rights group Amnesty International has said.

Its annual report, Death Sentences and Executions, said at least 579 people were killed by states that retain capital punishment while at least 2,052 had a death sentence passed against them.

“The increase in executions was primarily driven by rises in the yearly figure for Iran (from at least 246 in 2020 to at least 314 in 2021, a 28% increase), which was the highest figure on record since 2017,” the report said. “The spike in Iran appeared particularly for executions of people convicted of drug-related offences (132), which represented 42% of the total and constituted a more than five-fold rise from 2020.”

The figures do not include China, where thousands are thought to be executed or sentenced to death each year in a system shrouded in secrecy. Amnesty said secrecy in North Korea and Vietnam, as well as the difficulty in accessing information on the use of the death penalty “continued to impair a full assessment of global trends”.

The rights group noted that executions in Saudi Arabia in 2021 were also more than double the number recorded in 2020, while countries including Bangladesh, India and Pakistan passed more death sentences.

Amnesty also noted that retentionist states had “resorted to the death penalty as a weapon in the armoury of state repression against protestors and minorities”.

In Myanmar, where the military seized power from the elected government in a coup in February 2021, the report noted an “alarming increase in the resort to the death penalty under martial law, where the military transferred the authority to try cases of civilians to special or existing military tribunals, through summary proceedings and without the right to appeal”.

Nearly 90 people were arbitrarily sentenced to death, it added, and some of those sentenced were not even present to hear the sentence. 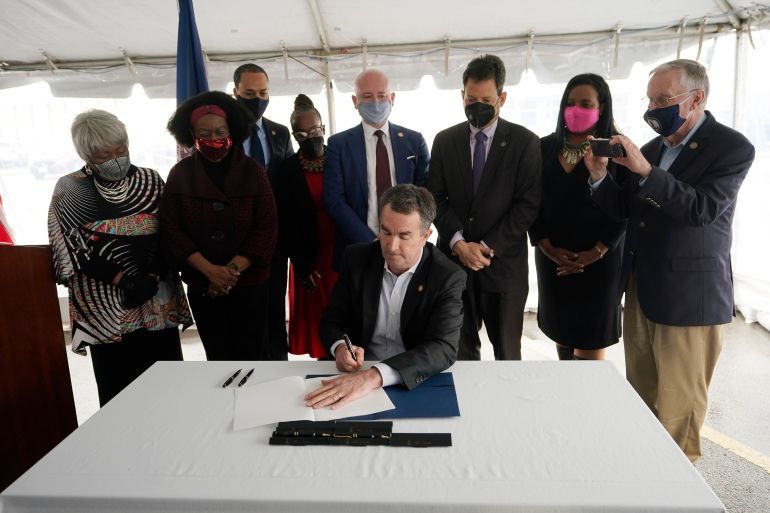 Despite the rising toll, Amnesty said the global trend remained in favour of the abolition of the death penalty, noting that just 18 countries were known to have carried out executions last year, the lowest since it began keeping records.

“It is an isolated minority of countries that still chose to resort to executions,” the report said.

In the United States, executions dropped to the lowest since 1988 while the federal administration adopted a temporary moratorium on executions. Virginia became the country’s 23rd state to abolish the death penalty in its entirety.

A number of countries continued to take steps to abolish the use of capital punishment or limit its use.

In July, Sierra Leone’s parliament voted unanimously to adopt a bill that would fully abolish the death penalty, while similar legislation became law in Kazakhstan in December.

Malaysia also continued with a moratorium on executions and the government said it would prepare legislative changes on the use of the death penalty by the third quarter of this year. Most people on death row in Malaysia have been convicted of drugs crimes. 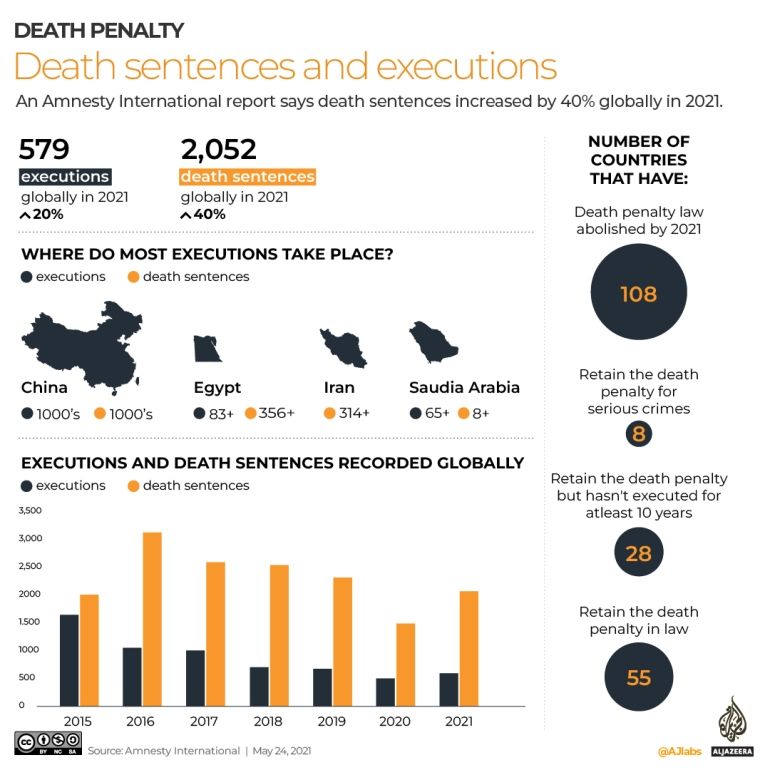