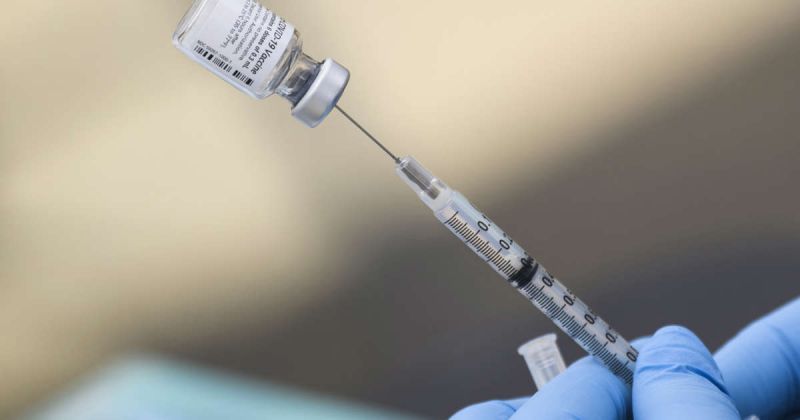 Covid boosters wane after 4 months but protects against hospitalisation- CDC

Booster shots of the Pfizer-BioNTech and Moderna vaccines lose substantial effectiveness after about four months — but still provided significant protection in keeping people out of the hospital during the omicron surge, according to a study published Friday by the Centers for Disease Control and Prevention.
Researchers found the booster shots remained highly effective against moderate and severe covid-19 for about two months after a third dose. But their effectiveness declined substantially after four months, suggesting the need for additional boosters, the study said.

The vaccine was 91 percent effective in preventing a vaccinated person from being hospitalized during the two months after a booster shot, the study found. But after four months, protection fell to 78 percent.

Protection faded more in preventing trips to urgent care and emergency departments, falling from 87 percent in the first two months to 66 percent after four months. After more than five months, vaccine effectiveness fell to roughly 31 percent, but researchers noted that estimate was “imprecise because few data were available” for that group of people.

Protection from the two-dose vaccine regimen has declined since omicron became dominant, but a third dose revs the immune system back up to robust levels to prevent moderately severe and severe disease, an earlier CDC study found.

But how long that third shot’s protection lasts is a critical question facing public health officials because many people received their third dose months ago. Waning immunity after a third shot of mRNA vaccine during omicron has been observed in Israel and in preliminary reports from CDC, the study said. But Friday’s report represents the first real-world data in the United States of the durability of that protection during delta and omicron.

“There may be the need for yet again another boost — in this case, a fourth-dose boost for an individual receiving the mRNA — that could be based on age, as well as underlying conditions,” Fauci said.

Waning protection after a third vaccine dose “reinforces the importance of further consideration of additional doses to sustain or improve protection against COVID-19-associated” visits to emergency departments and urgent care and hospitalizations, the study said.

In a statement, CDC said boosters are “safe and effective” and the study shows that a third dose of mRNA vaccine “continues to offer high levels of protection against severe disease, even months after administration, underscoring the importance of staying up to date when eligible after receiving a primary series.”

Since September, federal health officials have urged people to get the third shots. CDC recommends booster shots for everyone 12 years and older, five months after getting two doses of the mRNA vaccines made by Pfizer-BioNTech and Moderna, or two months after a single dose of the Johnson & Johnson vaccine.

Vermont, Minnesota, Wisconsin and Maine have vaccinated the largest share of people who had already been vaccinated. The lowest rates for booster doses are in Alabama, Georgia, Texas, Mississippi and the District.

The CDC study looked at hospitalizations and emergency room and urgent care center visits in 10 states, from August to Jan. 22, 2022, covering periods when delta and omicron were dominant. In the study, about 10 percent of people were boosted and over 50 percent of people hospitalized were over 65 years old.

But the report did not evaluate the variations in waning immunity by age, underlying health conditions, or a person’s immunocompromised status.