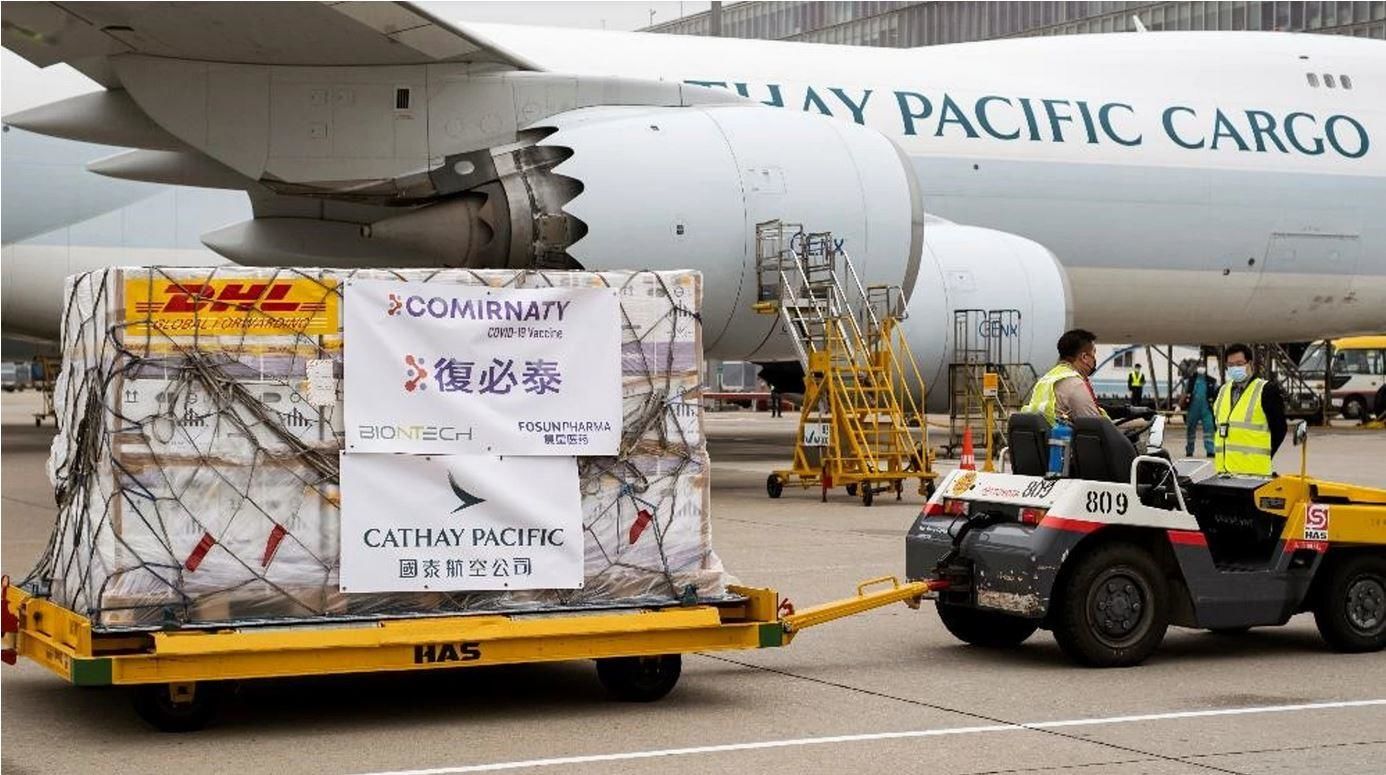 Hong Kong's flagship airline warned Friday that strict new quarantine measures in the city could lead to "dramatic disruptions" to local supply chains, as the company is forced to curb some passenger and cargo flights.
Cathay Pacific's note of caution came as the Hong Kong government announced that, from Saturday, all cargo air crew based in the city who have stayed overseas will need to spend seven days in hotel quarantine when they return. That's up from the current three-day requirement.

The measure marks an escalation from what are already some of the world's most stringent and isolating restrictions, as Hong Kong attempts to stamp out any trace of the coronavirus. The city, along with mainland China, is one of the last places in Asia still adopting a "zero Covid" strategy. And most people coming into the city are forced to quarantine in a hotel for up to three weeks upon arrival, even if they are inoculated.

"We are wary that any further tightening of aircrew quarantine arrangements would lead to reductions in flight frequencies to protect the well-being of our crew members and the overall safety of our operations," said Andy Wong, general manager of Cathay Pacific's corporate affairs division, in a statement.

He added that such actions would cause "dramatic disruptions to supply chains in the short-term" and undermine Hong Kong International Airport as a "leading cargo hub."

Strict quarantine rules have already been taking a toll on pilots at the carrier.

Like staff at many airlines, all Cathay flight crew are fully vaccinated. But Cathay pilots said weeks ago that the airline had adopted strict policies for those traveling to countries designated as "high risk," such as the United States, India and the United Kingdom. Pilots headed to those places typically fly out for several weeks and still have to quarantine in hotels again in Hong Kong.

"Low risk" and cargo flights have been more lenient in the past, but Friday's announcement suggests the city sees a need for a tightening as the threat of the Omicron coronavirus variant grows. Hong Kong just reported its first two local cases of the variant, which health authorities said Thursday were likely linked to a Cathay crew member.

In recent days, there had already been signs that Hong Kong was looking to crack down even more than it already does.

Cathay Pacific said Thursday that it would scrap an unspecified number of passenger flights because of a "tightening" of rules. It added that the city's restrictions continue to "constrain our ability to operate flights as planned."

The company said in that statement that the flights would be canceled immediately and effective until "tentatively the first quarter of 2022," adding that it intends to "operate a skeleton passenger flight schedule in January."

In another statement Friday, Cathay said it would suspend long haul cargo flights into the city for a week, adding that it would be "working with customers to mitigate the disruption as much as possible."

The Hong Kong Transport and Housing Bureau said it has been "been closely communicating with the aviation industry with a view to maintaining smooth air cargo services into and out of Hong Kong and addressing the basic daily needs of society, while safeguarding public health."

Hong Kong's strict rules have resulted in significant disruption to airlines, as any commercial airline that arrives in the city with Covid-positive passengers, or which fails to comply with containment measures, can be temporarily banned from operating passenger flights.

The Hong Kong government has said it will review temporary bans on flight routes in early January.
#Coronavirus  #Covid