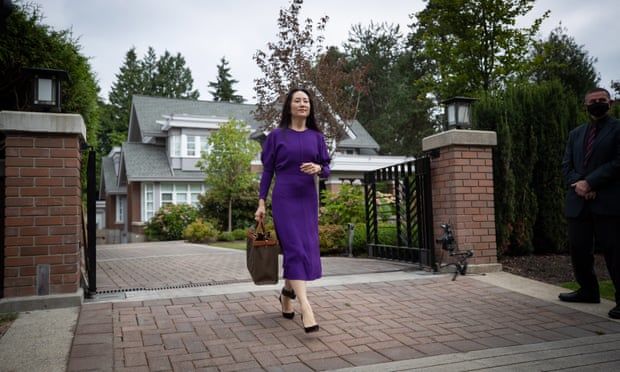 After the Huawei finance chief was detained on a US warrant in Vancouver airport in December 2018, Canada, China and the US soon found themselves locked into a court case which they were all – at least in political terms – doomed to lose.

Meng’s case was never going to turn purely on the idiosyncrasies of Canadian extradition law or the frankness with which she had told Huawei’s bankers HSBC about the relationship between her company and a subsidiary accused of violating US sanctions against Iran.

For one thing, even though the justice department may have felt they were doggedly acting on information about a potential breach of US sanctions law, Donald Trump made the case explicitly political by saying he would intervene to drop the charges if he thought it would help US-China trade negotiations.

China, meanwhile, felt Meng and Huawei were being used as a weapon in a wider battle. It was highly unusual for the prosecution to be directed at the chief finance officer personally and not at the corporation. Last year, Airbus agreed to pay $4bn in penalties to resolve a bribery case. In 2015, Deutsche Bank was fined $258m for violating Iran- and Syria-related sanctions. But no executives were detained in either case.

Since Meng was the daughter of Huawei’s founder, Ren Zhengfei, this was viewed as a personal attack not just on the firm but on a business hero.

Beijing responded to her detention on three tracks.

Within days, the Chinese government detained two Canadians, former diplomat Michael Kovrig and entrepreneur Michael Spavor, on dubious charges. A Chinese court in August found Spavor guilty of espionage and sentenced him to 11 years in prison. He has appealed the ruling. The verdict for Kovrig has yet to be announced.

Second, Huawei prepared one of the most legally sophisticated, multi pronged and expensive court challenges to an extradition ever mounted – one that would likely have taken years to wind its way through the Canadian courts. After two years of hearings, the court was due to announce in October when it would rule on Meng’s extradition. The substantive hearing in the US – now cancelled – would have been equally drawn out.

Finally, the Chinese government made life as difficult as possible for Canada.

Caught between two superpowers and desperately aware of the need to display the independence of its courts, Canada has tried to avoid provocation. It still has not announced its decision on Huawei 5G or the on listing of China CGTN television network . Nor has it been at the forefront of those defending Taiwan from Chinese threats. It was not a member of the Aukus security pact announced this week. The emphasis has been on quiet diplomacy, and making clear through its declaration on arbitrary detention that state hostage taking is unacceptable – although even that prompted a furious reaction from Beijing.

So why has a settlement been reached now? The US justice department said the out-of-court settlement is not dissimilar to one discussed between the two sides last year. At the time Meng refused to make any admission of guilt at all. Since then she may have realised her chances of avoiding extradition were vanishingly small. The court’s room for discretion in extradition cases is low. The judge cannot hold a substantive trial of the charges just to test if the alleged crime would be considered illegal in Canada, and whether there had been abuse of process.

Meng may find this frustrating, given the evidence shown in court.

Her lawyers argued that internal HSBC emails and memos showed she had been upfront with senior HSBC staff about Huawei’s relationship with the subsidiary accused of sanctions-busting, Skycom.

Indeed, at a hearing in August, the judge in the case said that the case against Meng seemed very unusual. No one lost money, the allegations were several years old, and the intended victim, a global bank, knew the truth even as it was allegedly being lied to.

Heather Holmes, associate chief justice, asked: “Isn’t it unusual that one will see a fraud case with no actual harm many years later? And one in which the alleged victim, a large institution, appears to have had numerous people within the institution who had all the facts that are now said to be misrepresented?”

In reaching the out of court settlement the US may have acknowledged its case at trial was hardly watertight.

But the deal struck on Friday contains damning admissions by Meng that she had been knowingly untruthful in telling HSBC about the links between Huawei and its subsidiary operating in Iran. The DPA does not set out whether HSBC independently knew anyway about the degree of connection, merely that facts in the presentation were inaccurate.

Her return to China will come as a welcome gift to the re-elected Justin Trudeau – even if he still has to negotiate the release of the two Michaels.
#Donald Trump