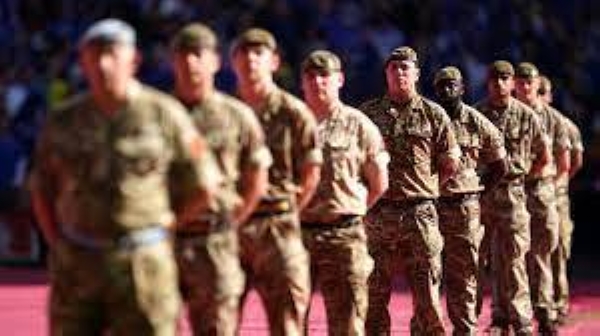 British military chief: Troops must prepare to fight in Europe

British troops must prepare "to fight in Europe once again" as the war in Ukraine continues, the new British Chief of General Staff General Sir Patrick Sanders warned on Sunday.
"There is now a burning imperative to forge an army capable of fighting alongside our allies and defeating Russia in battle," he pointed out, as quoted by Sky News.

"We are the generation that must prepare the army to fight in Europe once again," he said, noting that he is the first Chief of the General Staff since 1941 to take command of the army "in the shadow of a land war in Europe involving a continental power."

He went on to say, "Russia's invasion of Ukraine underlines our core purpose - to protect the UK by being ready to fight and win wars on land."

Additionally, British Prime Minister Boris Johnson underscored that "the British must prepare for a long war in Ukraine while Russia continues a comprehensive campaign of attrition in an attempt to crush Ukraine through absolute brutality."

Johnson warned, as reported by the British Broadcasting Corporation (BBC), that if Russia is successful in securing territory in Ukraine, "no nation anywhere would be safe" because "every dictator would feel emboldened to pursue their own ambitions by force."

He believed that in order to prevent this from happening, Ukraine should provide "weapons, equipment, ammunition and training more rapidly than the invader," adding that "everything will depend on whether Ukraine can strengthen its ability to defend its soil faster than Russia can renew its capacity to attack." Incidentally, Johnson underlined that "The UK and our friends must respond by ensuring that Ukraine has the strategic endurance to survive and eventually prevail."
#Boris Johnson  #Johnson