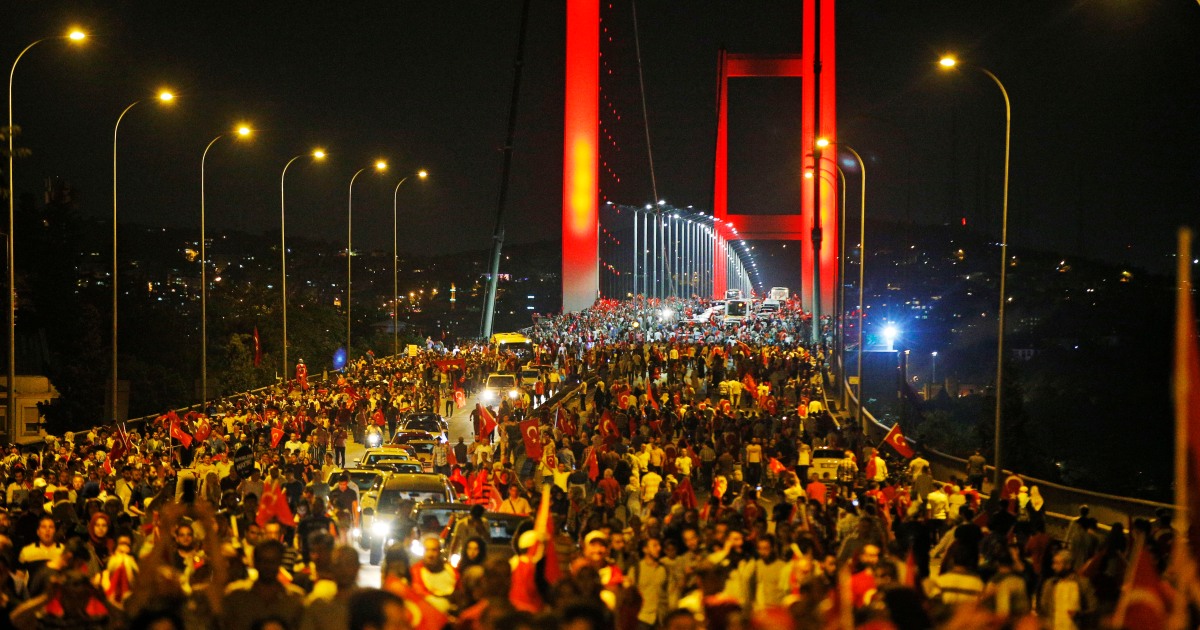 What was Turkey’s failed coup about – and what’s happened since?

The events of July 15, 2016 left a huge effect on Turkey’s domestic and foreign policy – and can still be felt today.

Turkey witnessed the bloodiest coup attempt in its modern history on July 15, 2016, when a faction of the Turkish military launched a coordinated attempt to topple President Recep Tayyip Erdogan’s government.

The event was a turning point in Turkey’s contemporary history.

* Tanks took to the streets in Istanbul on the evening of July 15 as soldiers invaded the headquarters of the ruling AK Party and fighter jets bombed the parliament building in Ankara. The Chairman of the Joint Chiefs of Staff, Hulusi Akar, was taken captive by his security detail.


* As news of the coup attempt spread, thousands of Turkish people went onto the streets despite attacks from forces supporting the coup, while loyalist soldiers and police forces resisted the coup attempt. At least 251 people were killed, and more than 2,200 were injured but the coup was defeated within hours.


* The Turkish government has blamed Fethullah Gulen, a Turkish cleric and businessman who has lived in self-imposed exile in the state of Pennsylvania in the US since 1999, for plotting the coup with his followers. Gulen, a former ally of Erdogan, denies any involvement in the coup. The Turkish government calls Gulen’s network the Fethullah Terrorist Organisation (FETO). 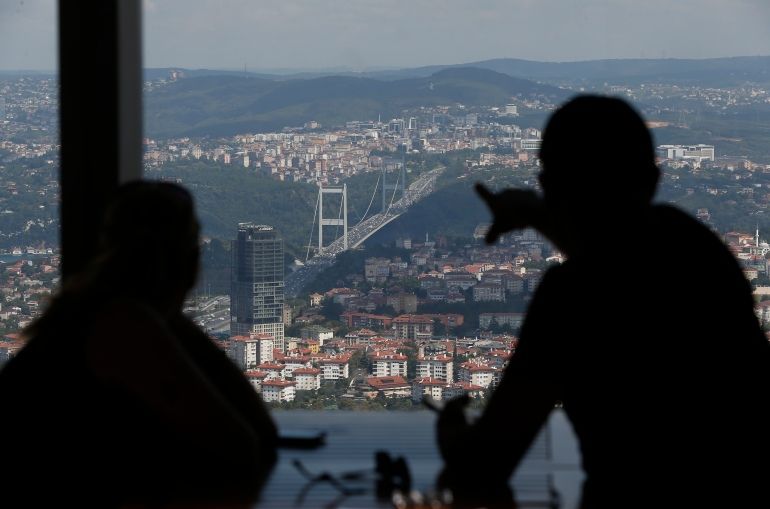 Ankara blames Fethullah Gulen, a Turkish cleric and businessman who has lived in self-imposed exile in the US state of Pennsylvania since 1999, for plotting the coup attempt with his group of followers

How does Turkey view the Gulen organisation?

* Since the 1990s, secular nationalists have regarded the Gulen movement in a similar way to the Kurdish Workers Party (PKK) – a serious threat to Turkey’s nationalist interests. But supporters of Erdogan’s AK Party only shared this view after the split between Erdogan’s government and the Gulenists in 2013.


* Since then, Ankara has accused Gulen’s supporters of establishing a “parallel state” that has followed its own agenda by infiltrating the police, judiciary, military and other state institutions.


* “Passionate dislike of and hostility towards the Gulen movement is one of the few uniting features of mainstream politics on both sides of the divide in Turkey,” Karabekir Akkoyunlu, a lecturer in Middle East Politics at SOAS University of London said while referring to the secular-religiously conservative divide that has polarised Turkish society for decades. “Calling the group FETO is part of the delegitimisation strategy. Like the PKK, once designated as a terror group, it becomes publicly and legally impossible to have a candid conversation about it. Anything short of passionate condemnation of it can be tantamount to treason itself.” 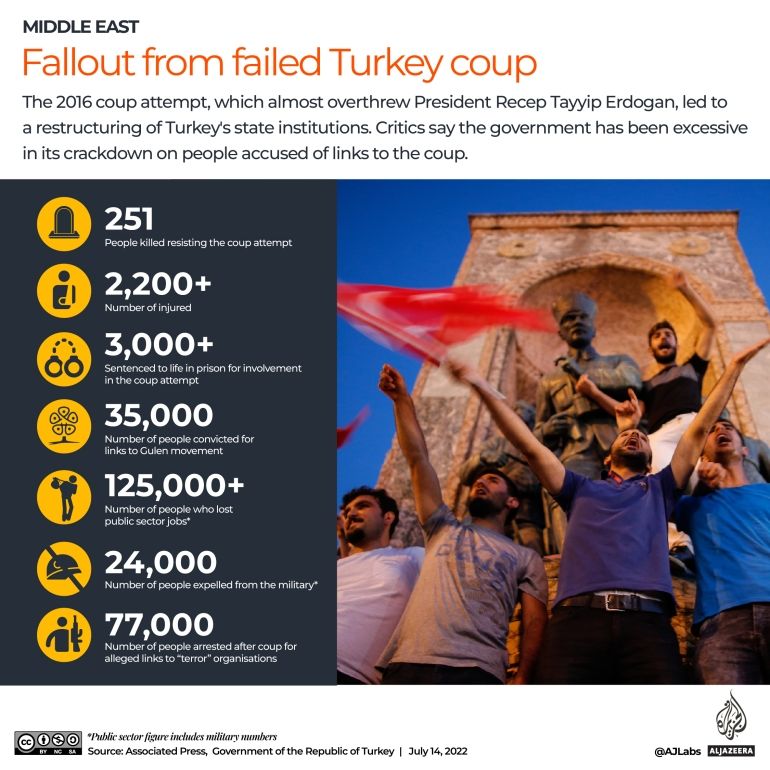 How did Turkey respond to the coup attempt?

* Ankara declared a state of emergency that continued for two years. During that time, tens of thousands of people were arrested pending trial and at least 125,000 civil servants, military personnel and academics were sacked or suspended from their positions over suspected Gulen links.


* Many critics have accused Erdogan of using the incident to stamp out the opposition.


* Yaprak Gursoy, chair of contemporary Turkish studies at the London School of Economics said that the purge of those affiliated with the movement within the military and civil service was justified, but the evidence used in some cases was “dubious”. “Because the government was associated with the Gulenists before 2013, some people were being paid through Gulenist banks. These were the innocent victims of the Gulenists,” Gursoy said, adding that the purges also reached people who were simply among the opposition.

* In addition to the purge, Turkey held a constitutional referendum in 2017 to change its political system from a parliamentary system to an executive presidential one. It held its first elections under the new system in 2018 and is scheduled to hold the next set in 2023. 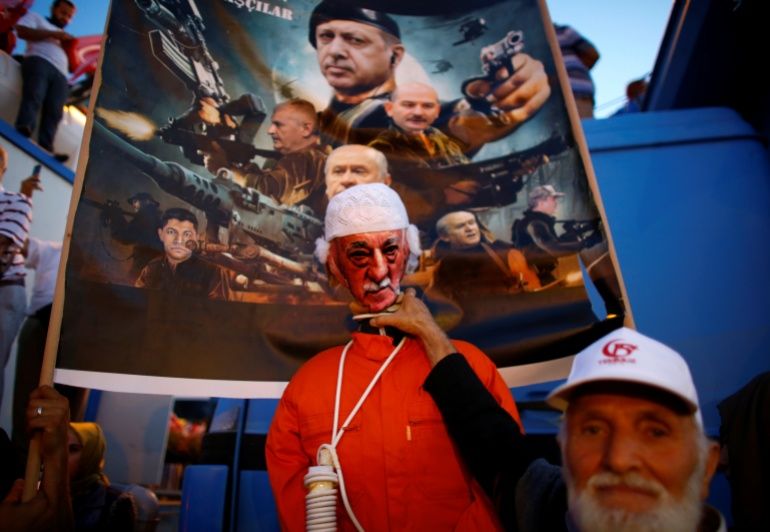 What are Turkey’s outstanding demands?

* Since the coup attempt, Turkey has demanded the extradition of Gulen and his affiliates in the US, and the shutting down of Gulen-affiliated schools and businesses abroad.


* Gursoy said that while the capture of Gulen was imperative for Turkey to avoid a repeat of the 2016 events, it required that the US and other Western allies designate the group as a terrorist organisation. “For that to occur, there needs to be a shift in the way they view the group and the danger it poses,” she said.


* Therefore, compliance with Turkey’s demands has depended on its political and economic clout over foreign governments, the level of agreement with Ankara’s legal definition of terrorism, and foreign governments’ view on human rights and rule of law under Erdogan.


* While many governments in the Balkans and Africa eventually complied, according to Akkoyunlu, Turkey’s demands have been “largely left unmet in regions where Turkey’s influence is less tangible”.