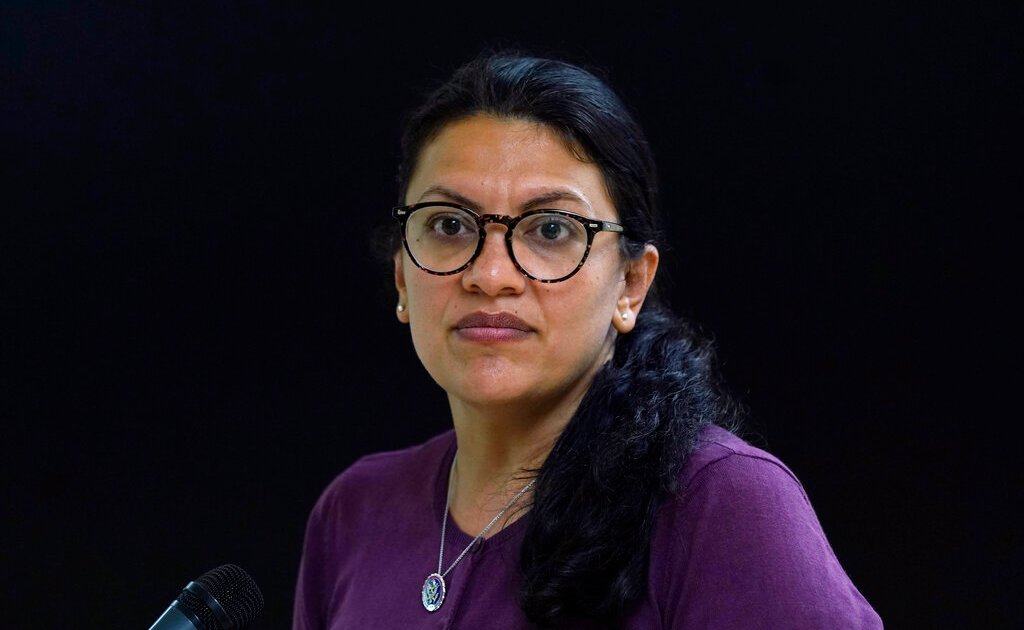 US Congresswoman Rashida Tlaib has said she introduced a resolution to recognise the Palestinian Nakba, a term used to describe the forced displacement of hundreds of thousands of Palestinians in the lead-up to the establishment of the state of Israel in 1948.

Tlaib said she introduced the resolution in the US House of Representatives on Monday, a day after Palestinians marked the Nakba’s 74th anniversary.

“The Nakba is well-documented and continues to play out today,” Tlaib, who is of Palestinian descent, wrote on Twitter. “We must acknowledge that the humanity of Palestinians is being denied when folks refuse to acknowledge the war crimes and human rights violations in apartheid Israel.”

Although it is unlikely to pass in an overwhelmingly pro-Israel House, Palestinian rights advocates were quick to hail the measure as “historic”.

The Institute for Middle East Understanding (IMEU), a think tank that supports Palestinian rights, thanked Tlaib for “giving voice to this reality, and highlighting the pain and injustice Palestinians have suffered”.

“During Israel’s creation, nearly 75% of the Palestinian population was ethnically cleansed from Palestine and more than 400 Palestinian villages destroyed,” IMEU said in a series of tweets. “These actions were deliberately planned and carried out by Zionist militias in order to steal Palestinian land.”

Millions of survivors of the Nakba – catastrophe in Arabic – and their descendants continue to live in refugee camps in the West Bank and Gaza, as well as in neighbouring Arab countries.

The Nakba is rarely ever discussed in mainstream US politics, as Israel has enjoyed widespread support from legislators and successive presidents from both major parties for decades.

Israel receives $3.8bn in US military aid annually, and this year Washington added another $1bn in assistance to “replenish” Israel’s Iron Dome missile defence system after a May 2021 Gaza conflict.

Still, late in 2016, in the final days of Barack Obama’s presidency, then-Secretary of State John Kerry acknowledged the Nakba in remarks on the Israeli-Palestinian conflict.

“When Israel celebrates its 70th anniversary in 2018, the Palestinians will mark a very different anniversary: 70 years since what they call the ‘Nakba’ or catastrophe,” he said at the time.

Palestinians across the world commemorated Nakba Day on Sunday with rallies that emphasised the right of return for Palestinian refugees. They also demanded justice for Al Jazeera journalist Shireen Abu Akleh, who was killed by Israeli forces in the West Bank last week.

On Monday, the US Campaign for Palestinian Rights, an advocacy group, called Tlaib’s resolution a “historic moment”.

“For far too long, the Palestinian experience has been ignored by Washington, and Palestinians have been gaslit for trying to tell their story. Thank you [Tlaib] for giving voice to this reality, and highlighting the pain and injustice Palestinians have suffered,” the group wrote on Twitter.

“We must shift US foreign policy away from enabling Israel’s ongoing displacement of Palestinians with military funding—and toward accountability,” it added.