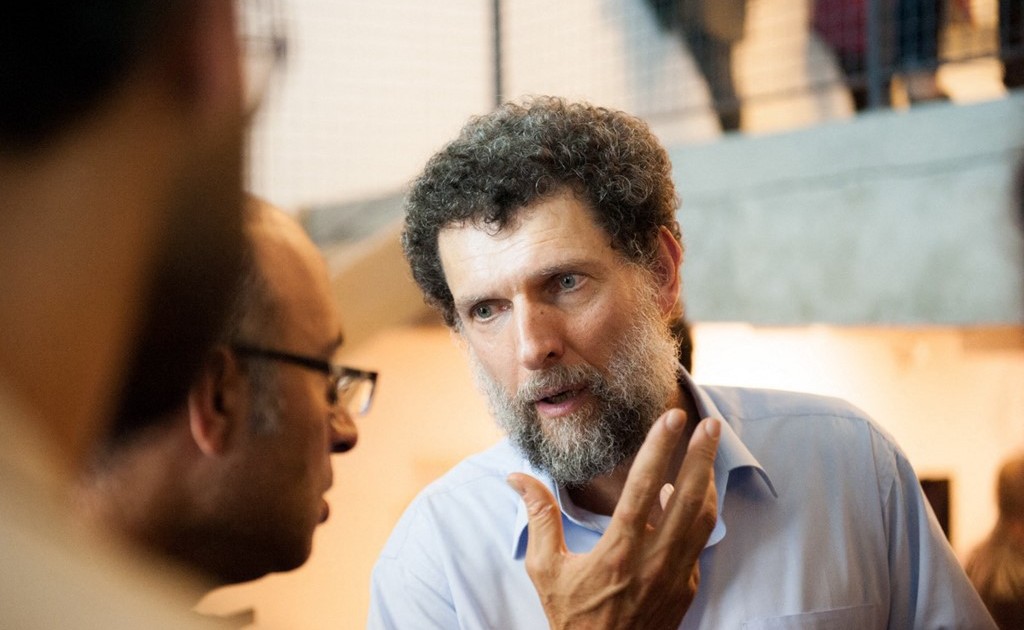 Kavala, found guilty of attempting to overthrow the government, is a cause celebre for opponents of President Erdogan.

A Turkish court has sentenced rights activist and philanthropist Osman Kavala to life in prison without the possibility of parole on highly controversial charges of attempting to overthrow the government.

The panel of three judges also sentenced on Monday seven other defendants to 18 years in jail each on charges of aiding the attempt to topple the government, ordering the immediate arrest of Mucella Yapici, Cigdem Mater, Hakan Altinay, Mine Ozerden, Can Atalay, Yigit Ali Ekmekci and Tayfun Kahraman.

The verdicts stem from allegations that Kavala bankrolled a wave of Gezi Park anti-government protests in 2013 and played a role in the 2016 attempted military coup in the country.

Kavala told the court by video link from his high-security prison near Istanbul that he viewed the entire process as a “judicial assassination”.

“These are conspiracy theories drafted on political and ideological grounds,” Kavala told the court moments before the sentence.

The case will now go to the court of appeals and could continue to the Supreme Court. Kavala was acquitted on separate espionage charges.

Paris-born Kavala’s prolonged imprisonment without conviction has made the 64-year-old a symbol of what critics and human rights observers call President Recep Tayyip Erdogan’s crackdown on dissent. 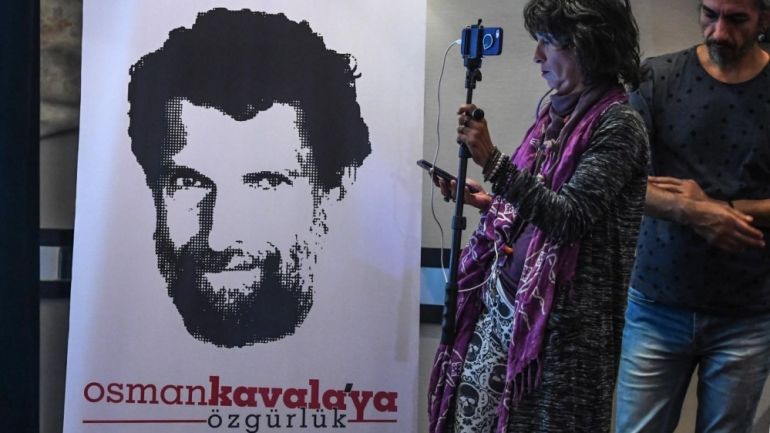 Kavala was first arrested in October 2017 and has been held at a prison in Silivri.

The European Court of Human Rights (ECHR) ordered the immediate release of Kavala in a verdict in December 2019, ruling that his rights were violated by the Turkish state. It has called the charges against him politically motivated.

Kavala said the 2013 anti-government rallies, widely called Gezi protests, were protected under free speech. The protests began in 2013 as a small demonstration against demolition of an Istanbul park and grew into nationwide anti-government unrest, in which eight protesters and two police officers were killed.

The ECHR has also said that prosecutors lack evidence that Kavala played a role in the 2016 attempted coup, which was carried out by a faction of the Turkish armed forces and led to the deaths of 241 people.

The Council of Europe’s human rights watchdog, Committee of Ministers said in February that the case will be referred back to the top European court. Both the ECHR and and the committee function under the Council of Europe, a rights-focused international organisation of which Turkey is a founding member.

Kavala had previously been acquitted along with eight others in the Gezi trial in February 2020, but he was detained again hours after his release.

The acquittal was overturned and the case was combined with the other charges against him, including the the ones over 2016 coup attempt.

The philanthropist is best known for using part of his wealth to promote culture and projects aimed at reconciling Turkey and its neighbour Armenia.

Erdogan says Kavala is a leftist agent of the Hungarian-born US billionaire George Soros who was accused of using foreign money to try and topple the state.

“We can never be together with people like Kavala,” Erdogan declared in 2020.