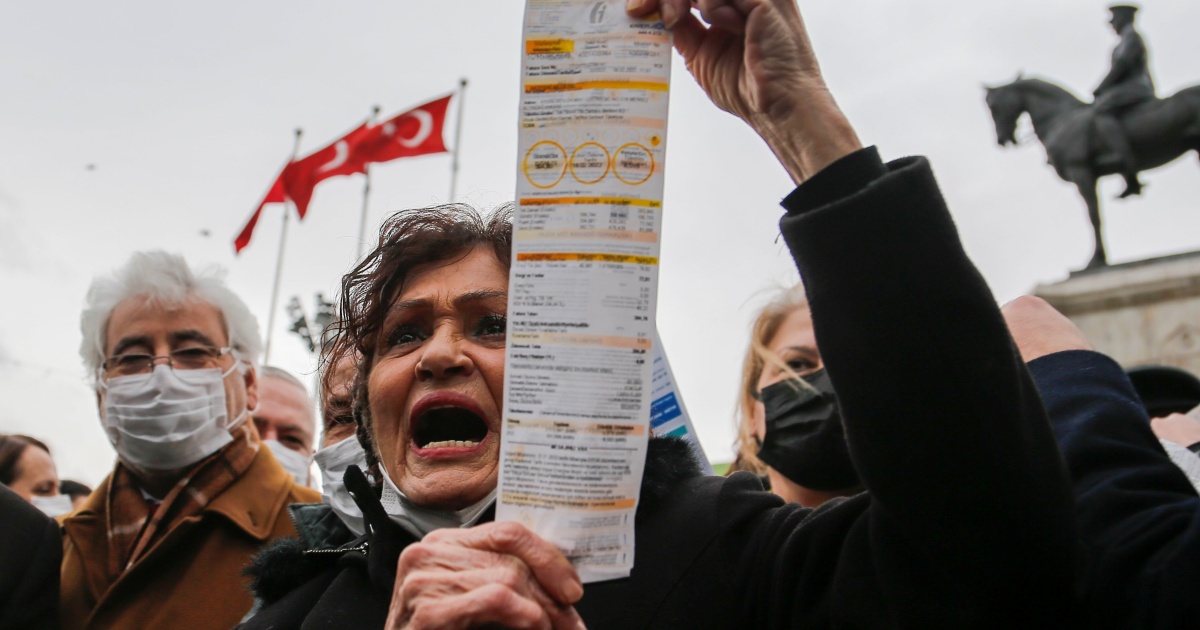 The consumer price index has risen by 69.97 percent year-on-year in April compared with 61.14 percent in March.

The consumer price index rose by 69.97 percent year-on-year in April compared with 61.14 percent in March, the national statistics agency said on Thursday.

Erdogan insists that sharp cuts in interest rates are needed to bring down soaring consumer prices, flying in the face of economic orthodoxy.

The collapse of the lira has pushed up the cost of energy imports and foreign investors are now turning away from the once-promising emerging market.

Russia’s invasion of Ukraine and the coronavirus pandemic have exacerbated the energy price spikes and production bottlenecks.

In April, the bank kept its benchmark interest rate steady for the fourth consecutive month, bowing to pressure despite high inflation.

The biggest price increases in April were in the transport sector, standing at 105.9 percent, while the prices of food and non-alcoholic drinks jumped 89.1 percent.

Treasury and finance minister Nureddin Nebati has brushed aside concerns, saying on Monday that the current inflationary trend was fleeting and would “not spread over the long term and be permanent”.

“We will increase the welfare and purchasing power of our citizens over the past level,” he said.

Turkey has cut taxes on some goods and offered subsidies for some electricity bills for vulnerable households but even this has failed to stem inflation.

The Turkish currency has lost 44 percent of its value against the dollar last year and more than 11 percent since the start of January.

Erdogan’s government has responded by using state banks to buy up liras in a bid to cut the currency’s losses.

There is also speculation that the central bank sells dollars through back channels to stem the lira’s slide.

“The central bank sells $2.5-3bn a week through public banks,” a former manager in Turkey’s state-owned bank Ziraat was quoted as saying this week.

He was sharing privileged information he received from banking circles, Turkish media reported.

Last week, he visited Saudi Arabia in a bid to reset relations since the 2018 killing of Riyadh critic journalist Jamal Khashoggi in the kingdom’s consulate in Istanbul.