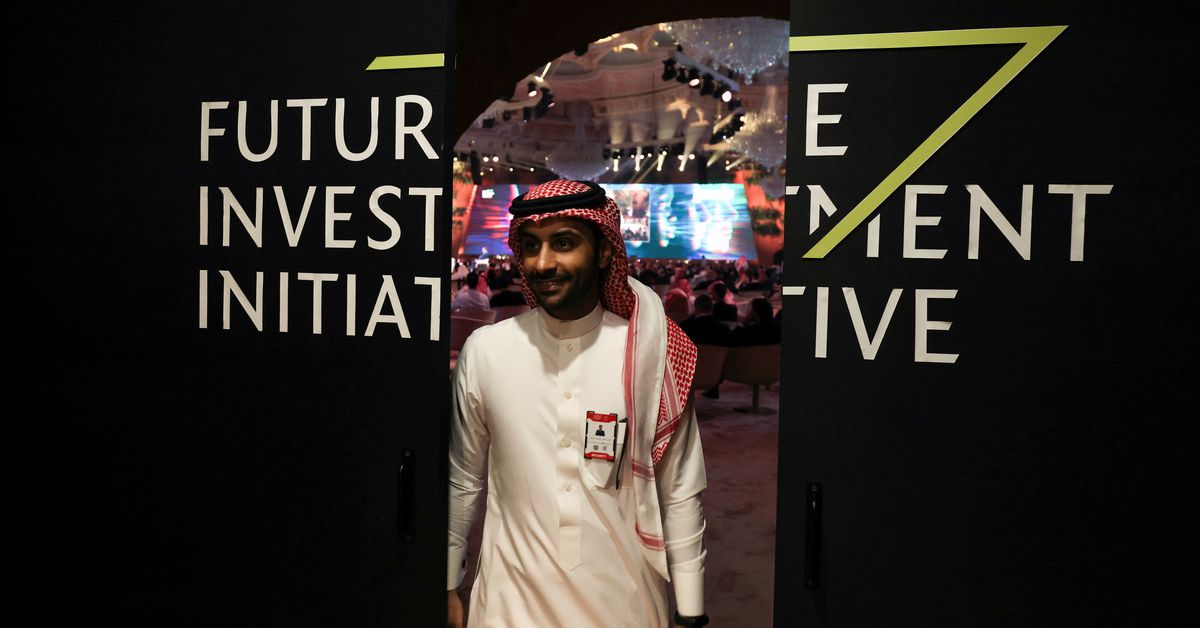 Saudi Arabia announced plans to pour billions of dollars into investments around the Middle East but made little progress at a flagship business event this week in luring incoming funds to transform its petrodollar economy into a diversified powerhouse.
At the Future Investment Initiative (FII) forum, the kingdom's sovereign wealth fund said it established companies in Jordan, Bahrain, Sudan, Iraq and Oman, targeting investments of up to $24 billion -- after a similar move in Egypt.

While that figure may encourage Saudi officials, inward FDI reached just under $4.1 billion in the first half of 2022, a fraction of the ambitious $100 billion target set for the end of this decade by Crown Prince Mohammed bin Salman in his blueprint to reshape the economy.

"In the coming years (the government) will have to propel more MoUs into capital investment, skills transfer and job creation within the borders of the Kingdom," said Adel Hamaizia, managing director at Highbridge Advisory.

"Too many of the major players attend the summit seeking to attract outward capital. The holy grail is to attract quality FDI in value-adding vision-supporting areas of the non-hydrocarbon sector," said Hamaizia, who was not at the event.

Prince Mohammed, who has effectively run the country for several years on behalf of his elderly father, King Salman, did not attend the annual FII gathering in Riyadh.

His absence reflected the government's aim to put the focus on the private sector, a person familiar with the plans said.

The prince has attended most previous editions and this year's gathering included Pakistan's prime minister, finance ministers from Bahrain and Turkey, and several Saudi officials.

Inaugurated in 2017 as the 'Davos in the Desert', the FII has been plagued by setbacks, including the political fallout from the 2018 killing of journalist Jamal Khashoggi by Saudi agents, a global pandemic, and limited progress in the prince's economic plans.

This year's FII followed a public falling out with the United States over a decision by Saudi Arabia and its OPEC+ partners to cut oil output targets, defying calls from Washington to pump more and ease global oil prices.

Jadaan said on Thursday that Riyadh "should not be blamed for protecting the interests of the kingdom and its people", echoing a response by the Saudi government to a wave of U.S. criticism.

Masayoshi Son, chief executive of Softbank, in whose tech-focused Vision Fund the Saudis pumped in $45 billion, has been a regular at FII but was absent this year. The fund has reported significant losses.

Among new faces was the chairman of Israel's Bank Leumi, Samer Haj Leumi, whose presence was the latest sign of a thaw in Saudi-Israeli ties. Saudi Arabia, birthplace of Islam, has not followed Gulf allies in normalising relations.

"I feel very welcome and warm and the idea that I can now be publicly an observing Jew by the invitation of the Kingdom is showing to my fellow Jews all over the world that they can come...and feel comfortable and welcome," Berkowitz said.
#Jamal Khashoggi