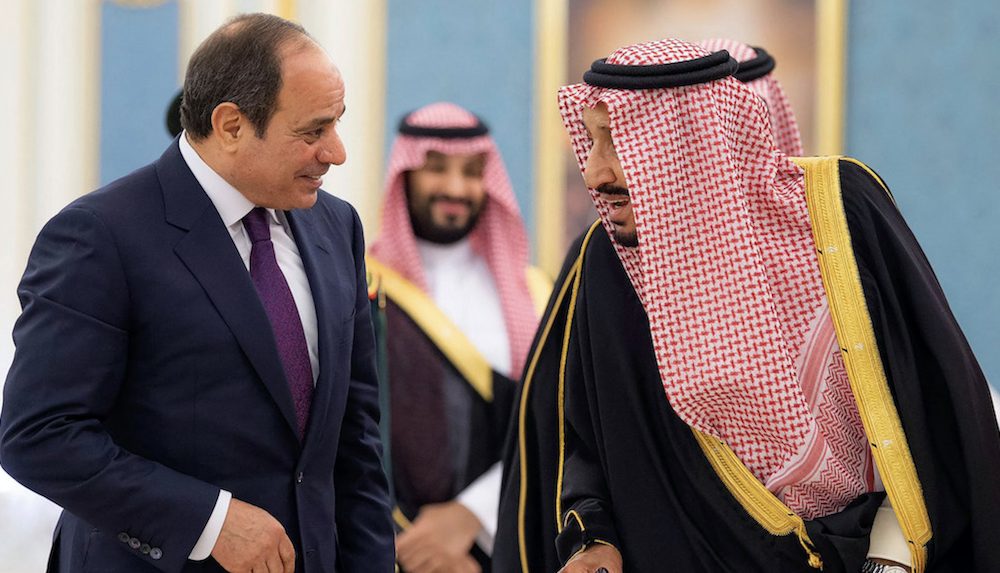 For decades, Saudi Arabia and Egypt have enjoyed a distinguished relationship. Considered twin pillars, the two nations have consolidated their alliance and cooperation to strengthen their individual and joint regional postures, continuing a tradition of deep-rooted historical ties solidified even further with Saudi Crown Prince Mohammed bin Salman’s arrival in Cairo on Monday.

Strong Egyptian-Saudi ties have symbolic and practical significance for the Arab world. The two nations have historically regarded one another as important allies to the region, a policy that goes back to May 7, 1936, when Egypt officially recognizing the Saudi state.

The two nations have grown stronger and established close diplomatic ties over the years, overcoming obstacles and differences even during turbulent periods.

From 1945-46, official state visits by King Abdul Aziz and King Farouk addressed regional concerns, security and stability, topics on the forefront of both state leaders’ agendas, most notably the Palestinian crisis, Syria and Lebanon, the emergence of an Israeli state and strengthening relations between Arab nations with joint interests and benefits.

On March 22, 1945, the Arab League was formed. The voluntary association of Arab states was co-founded by Saudi Arabia and Egypt alongside Iraq, Jordan, Lebanon and Syria with its main aims to strengthen relations, coordinate collaboration, safeguard members’ independence and sovereignty, and to provide collective consideration of their affairs and interests. 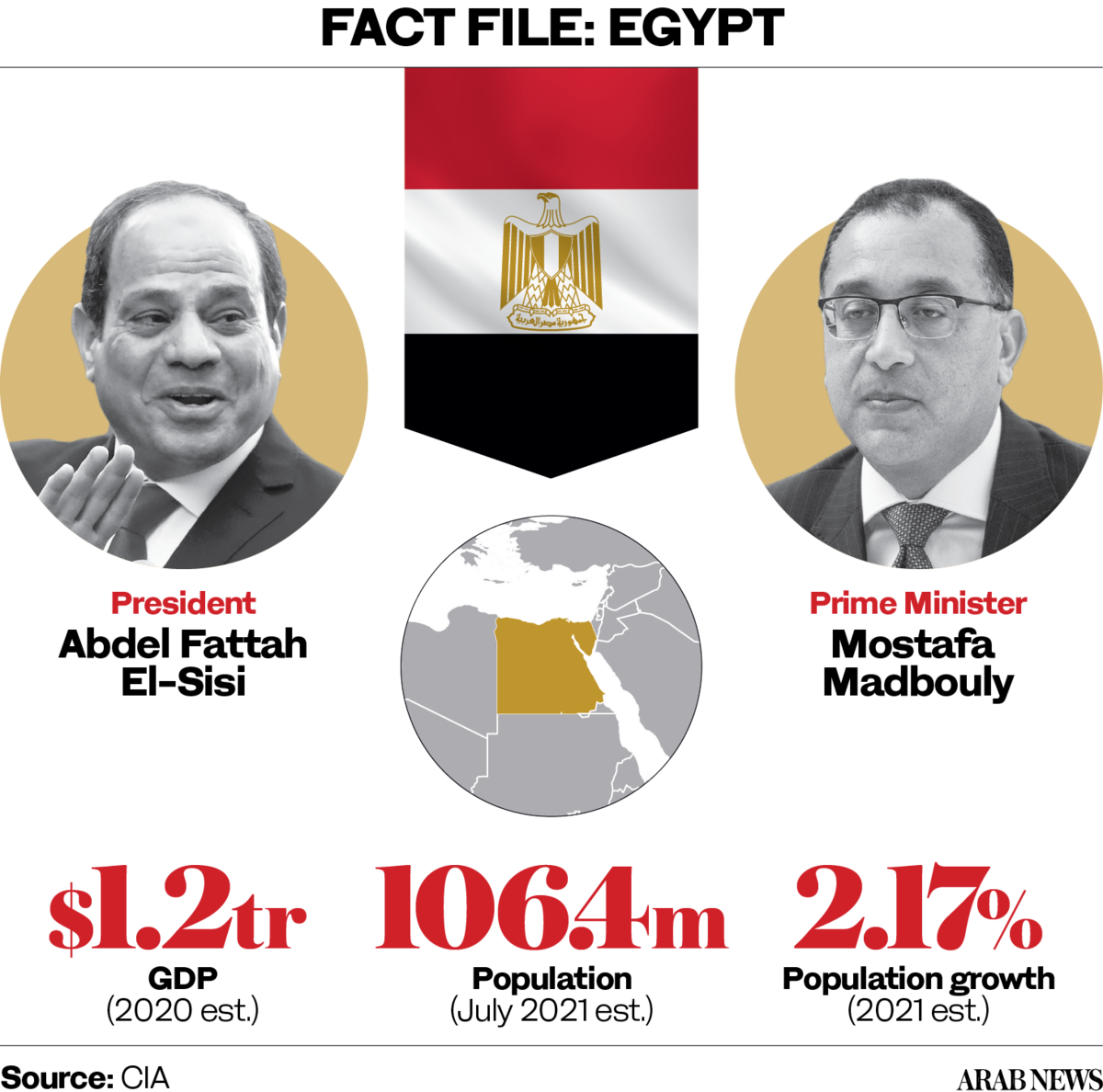 Sixteen Arab nations have since joined, and the 22 Arab states follow one unified ethos, “one language, one civilization: 22 Arab countries.”

The Middle East saw serious political turmoils in the 1950s and 60s. The region witnessed the fall of several monarchies, two major wars with Israel, growing concerns of continued tensions and growing ideological divides that threatened the unity of Arab nations. Saudi Arabia and Egypt’s cordial relations were defined by the times.

King Faisal made his first official visit on Sept. 8, 1965 and the monarch visited Egypt seven times during his rule. As Saudi Arabia was uniquely situated to assume a leadership position in the Muslim world, so too was Egypt in building its military power.

In 1973, Egypt’s Anwar Sadat supported King Faisal’s oil embargo in protest against the West’s support for Israel during the 1973 Yom Kippur War, also known as the Ramadan War. King Faisal in return supported the coalition of Arab states led by Egypt and Syria during and after the war.

In 1974, King Faisal’s visit further cemented the neighboring states’ relations, touring several cities with thousands of Egyptians flocking to the streets to greet him. Similarly, King Fahad and President Hosni Mubarak saw a prosperous budding relationship that lasted for over two decades. The Saudi king visited Egypt numerous times and it was in 1990 that the unwavering support of Egypt proved essential during an emergency Arab League Summit, led by Mubarak to determine the unified commitment of all members of the league to free Kuwait from Iraqi occupation. 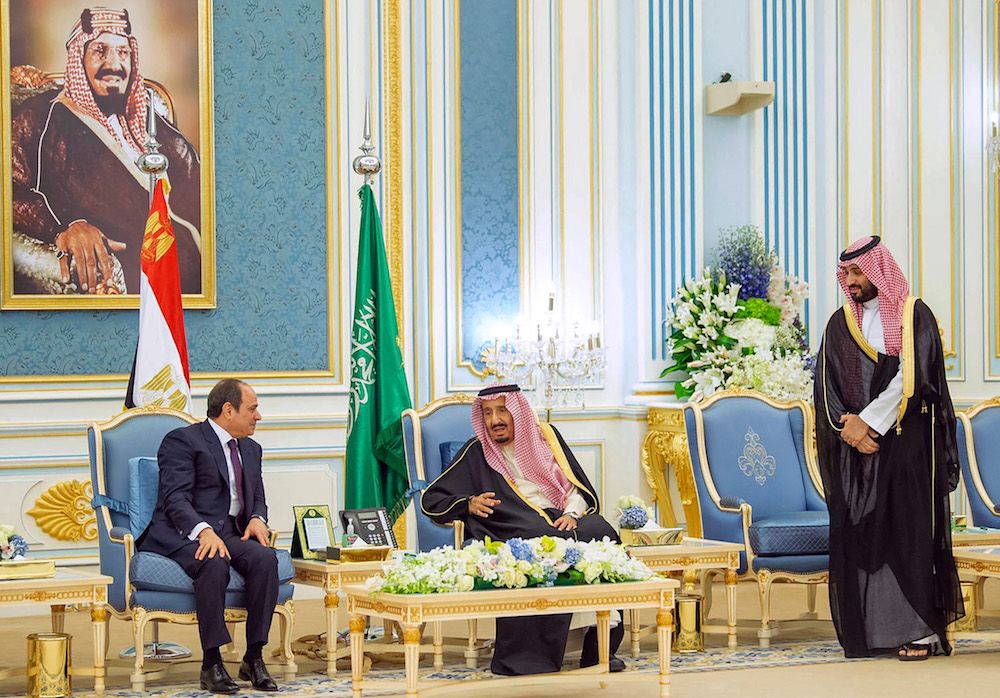 The historic ties between the two Red Sea nations of Saudi Arabia and Egypt continue to prosper with the crown prince’s Cairo visit.

The duo would subsequently agree on a multitude of issues, especially on the Palestinian crisis that reached a boiling point in 2000 when another call for an emergency league summit was led by Egypt for a unified stance on Israeli-Palestinian violence.

It the first summit for Arab leaders in four years. Egypt, a key negotiator with Israel, reminded its fellow members of their duty “to attempt once again to salvage the peace process.”

Saudi Crown Prince Abdullah called on leaders to donate $1billion to support the Palestinian uprising and fund projects on Palestinian land. Saudi Arabia would contribute to 25 percent of the support.

King Abdullah continued Saudi Arabia’s strong relationship with Egypt, amid growing interests shared by the the two Red Sea neighbors over maritime security, tourism and development, without the usual competition for power and influence.

His first visit as head of state was to Sharm El-Sheikh in 2008, during which he focused on the conflict in Iraq and the growing threat from Iran’s nuclear program. 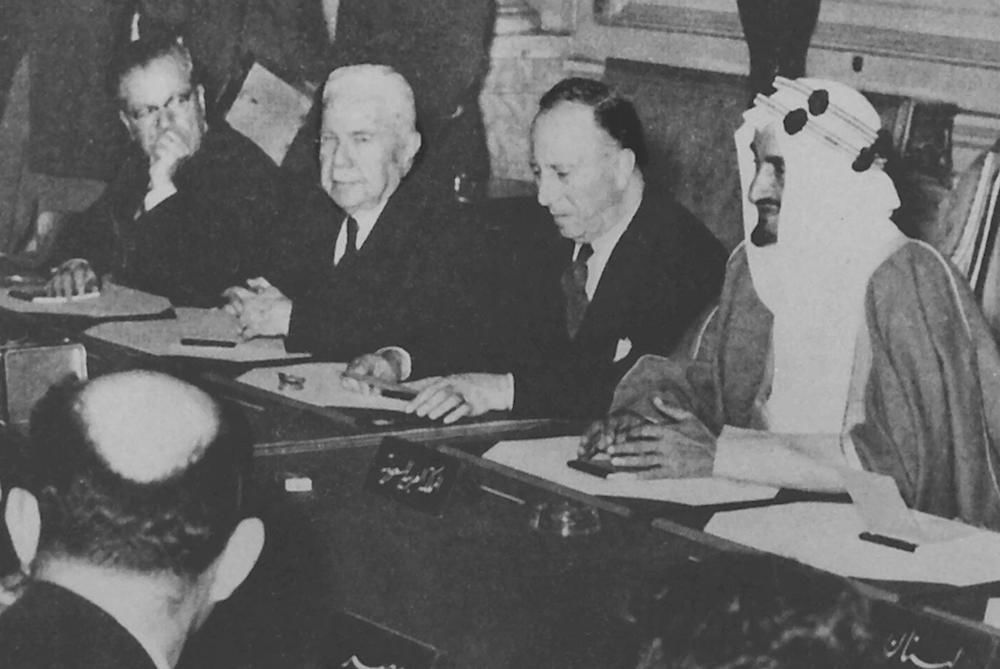 The Arab Spring and its disastrous consequences did not hinder the two nations’ relations. After the ousting of Mubarak and following the brief, turbulent leadership of the Muslim Brotherhood, the two nations assumed their strong friendship with President Abdel Fattah El-Sisi took power in 2013.

El-Sisi, has been regarded a vital friend to Riyadh, and the representative of an Egyptian state supportive of the regional status quo.

The bilateral relationship has strengthened substantially since then, with Saudi-Egyptian relations increasingly shaped by growing economic ties and joint development projects, enhanced by infrastructure and an investment-friendly climate.

Over the past four decades, Saudi Arabia and Egypt have established strong economic, social, humanitarian and cultural ties. The Kingdom provides many opportunities for Egyptian labor through legal work visas, and according to Egypt’s Central Agency for Public Mobilization and Statistics, 1.8 million Egyptians reside in the Kingdom.

In 2016, King Salman addressed the Parliament of Egypt, and urged unity and alliance. He was the first Arab leader to give such address in Cairo, and the visit also witnessed the signing of 21 agreements and investment memorandums of understanding between the two countries.

He was named the “great guest” of Egypt, and was granted the Order of the Nile, the country’s highest state honor. 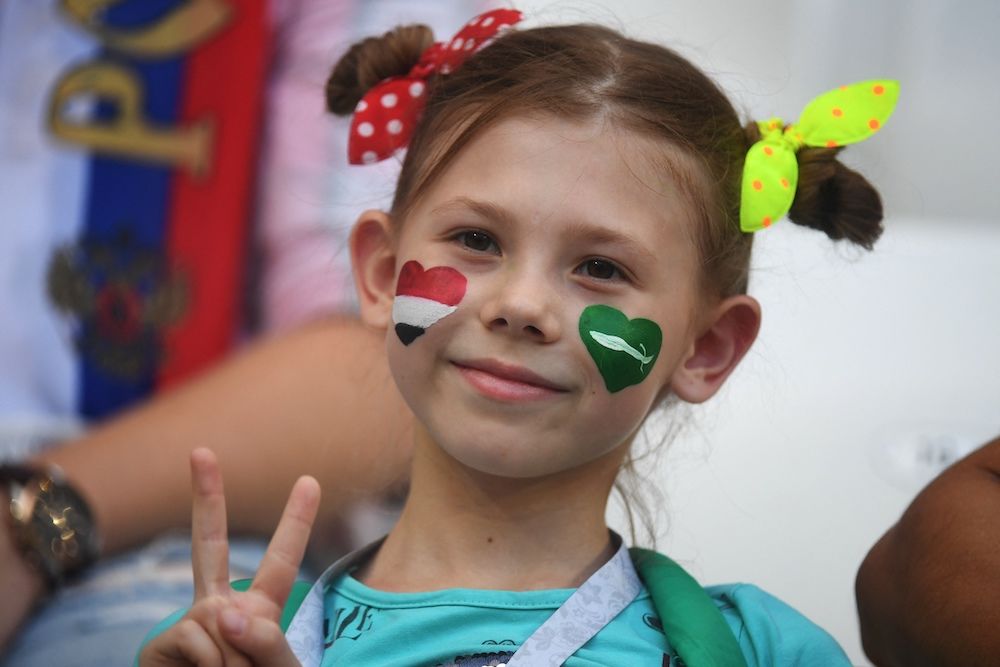 A fan gestures before the Russia 2018 World Cup Group A football match between Saudi Arabia and Egypt at the Volgograd Arena in Volgograd on June 25, 2018.

“This visit comes as a confirmation of the pledges of brotherhood and solidarity before the two brotherly countries,” El-Sisi said in a televised speech.

Crown Prince Mohammed bin Salman has made several visits to Cairo since 2017, highlighting the alliance between the two nations, and a flurry of bilateral agreements and investment project deals have been signed since.

As of 2018, the Kingdom became the second-largest foreign investor, accounting for 11 percent of total foreign investments in Egypt, the volume of which exceeded $6 billion. A $10n billion deal was signed in March of that same year, as Egypt agreed to develop land south of the Sinai to be part of NEOM.

Egypt’s most critical Saudi investments are in the service sector, including energy, transport, logistics, health, and education.