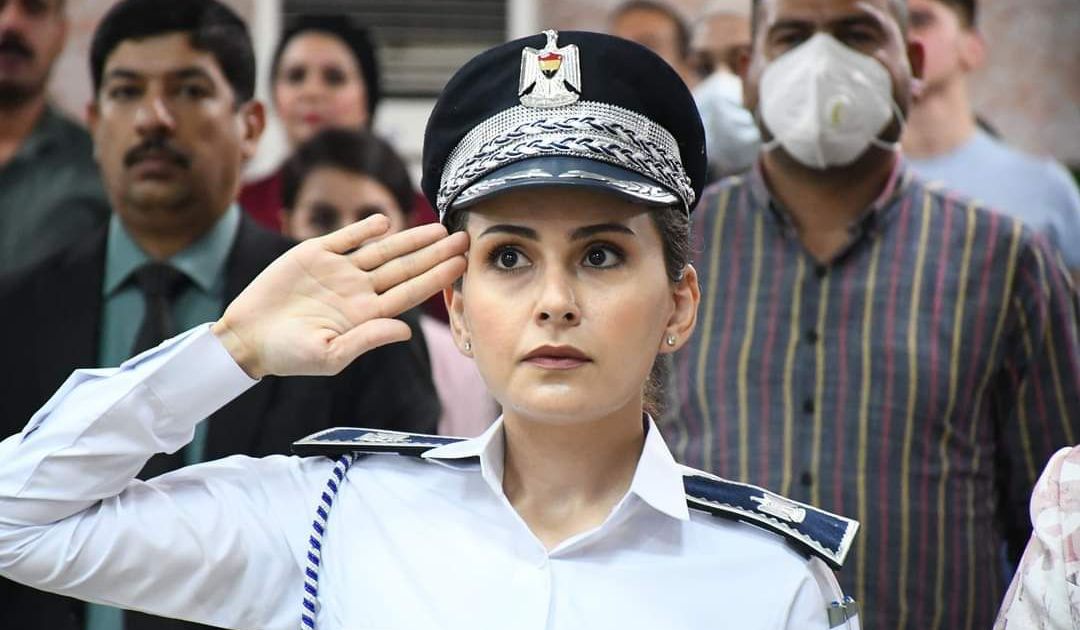 When Saja al-Abayji joined the police academy, she was uncertain about managing the stringent military-like drills, and anxious over society’s perception of women joining the police force.

Her class in 2011 was only the second to see a selection of female officers graduate alongside hundreds of men who planned to serve in the Iraqi ministry of interior (MOI) to oversee policing and border control in the country.

But a decade later, the 34-year-old is now a senior traffic officer, having served for years in the General Traffic Directorate in the Iraqi capital, Baghdad. Instead of being part of a selection of women in Iraq’s internal security forces, al-Abayji is one of hundreds of female officers who have taken up a variety of roles in Iraq’s policing and border control.

Speaking from her office in central Baghdad, al-Abayji said as the number of policewomen on the streets of Iraq grew over the years, society slowly changed its conservative views on women’s role in law enforcement.

“People thought women wouldn’t succeed in the police force, believing that it wasn’t our place to be there. And so, we [female officers] received lots of discouraging words,” said al-Abayji, explaining many people saw them as “intruders” in the field.

“But with time, society began to see things in a different light.”

While Iraqi women have been global pioneers in all walks of life – medicine, engineering, and the arts – and have served as government ministers and members of the military and civil service, the Iraqi MOI’s agencies – the police, highway patrol, traffic department, and border enforcement, to name a few – did not have any female officers until about a decade ago. 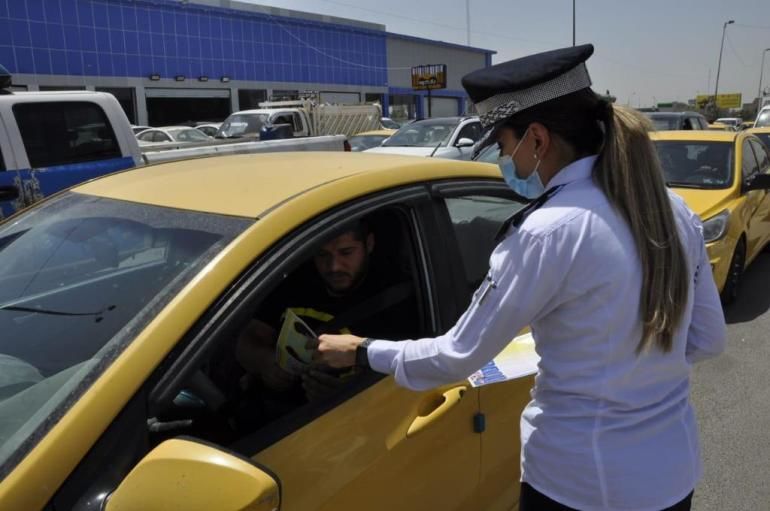 The Iraqi ministry of interior’s agencies, including the police, highway patrol, traffic department, and border enforcement, did not have female officers until a decade ago

Al-Abayji said many of her female peers dropped out of the Higher Institute for Security and Administrative Development during their training at the police academy because their families were not supportive of their career choices.

“This reflected where society stood at the time with regards to the role of women,” explained al-Abaiji, who luckily found her greatest support from her family and fiancé at the time.

“When I finished my degree in computer science, it was my family and now husband who encouraged me to apply to the institute,” said al-Abayji. “If it wasn’t for them, I wouldn’t have been able to cope with all the negativity around me.”

Despite this, al-Abayji found the road to becoming a police officer difficult and full of challenges.

“Initially, I never shared what I did with people I’d just met. I also never wore my police uniform to and from work – not only for security reasons, but also because I wanted to hide,” she said. “I just didn’t want to be judged.

“But one day, I asked myself why is society so proud of the men who do the exact same job as me? I realised I have to open up to change people’s opinion,” she told Al Jazeera.

The other main challenge for al-Abayji was getting accustomed to her new role and duties.

When starting her training at the institute, al-Abayji said “the idea of handling a weapon and dressing in a masculine-looking uniform was very hard.

“At university, I wore pretty skirts and heels,” said al-Abayji. “Then suddenly I was doing military drills and learning to shoot a target. It was a huge shock to my system.”

Despite the challenges, al-Abayji said as her physical capacity and confidence grew, her “keenness to succeed blossomed, too”, and she became adamant to rise through the ranks. 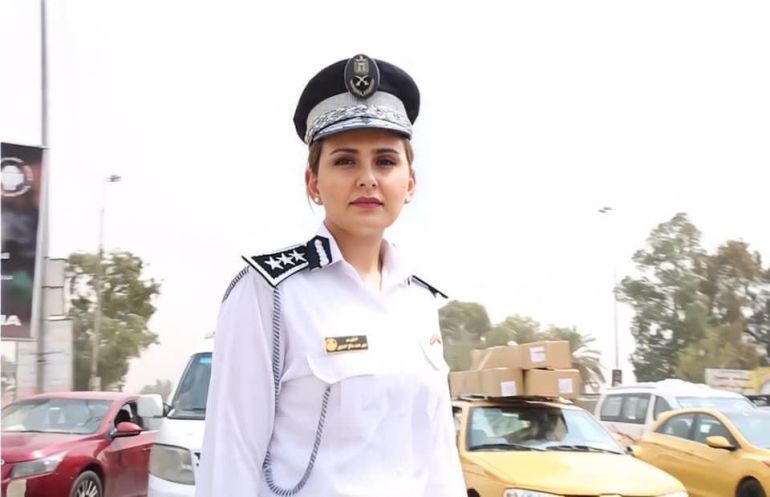 Iraqi women have been global pioneers in medicine, engineering, and the arts, and have served as government ministers and members of the military and civil service

Speaking from his office in central Baghdad, spokesman Major-General Saad Maan said the interior ministry started encouraging women to join the internal security forces in 2010, not only for what they could offer, but also to reflect the importance of expanding women’s public role in Iraq.

“The involvement of women has been effective and necessary and reflects the progress and success of the ministry itself,” he explained.

Maan said the most fundamental obstacle women continue to face as police officers is the patriarchal culture in society, which also exists within the ministry.

“Men in the police force struggle to address female officers using their given titles because of the patriarchy ingrained in them,” said Maan.

Despite this, Maan said there has been overall progress. “Initially, we begged women to volunteer at the force. Now we receive tens of thousands of applicants every year.” 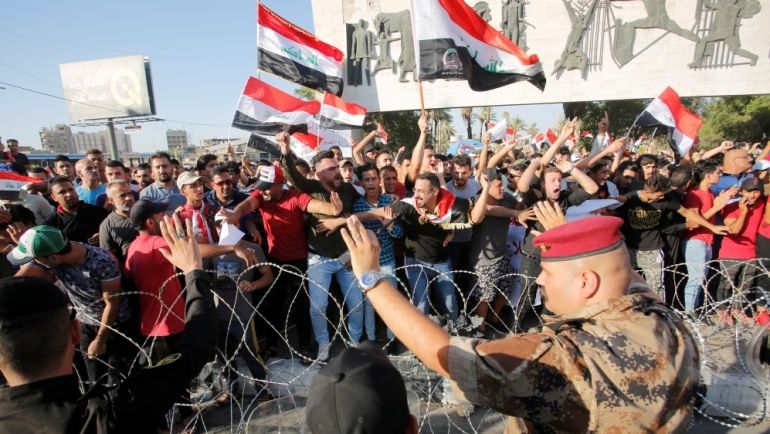 Protesters being dispersed by riot police during a protest in Baghdad, in 2018

Esraa al-Saadi, a 32-year-old officer at the interior ministry’s media and public relations department, said while women serving as police officers were initially confined to administrative roles, this is no longer the case.

“Now, women do everything and share duties that were previously reserved for men,” said al-Saadi, referring to female officers carrying out arrests, and taking part in interrogations, investigations and searches.

Al-Saadi said she has experienced this transformation first hand over the past five years of her career, adding it boils down to “Iraqi society becoming more open and accepting of the police as a place for women, too”.

While al-Abayji agreed society has come a long way, she said women in the police force still need to push further so they can reach leadership positions.

“We’ve got junior and senior female police officers, but no women majors, lieutenants or brigadier generals,” said al-Abayji. “My ambition is to one day see my female peers become leaders in the Iraqi police force. And so while we’re getting there, there’s lots more to do.”

Still, al-Abayji added: “Now, I walk the streets of Baghdad in my uniform and people celebrate and take pride in what I do.” 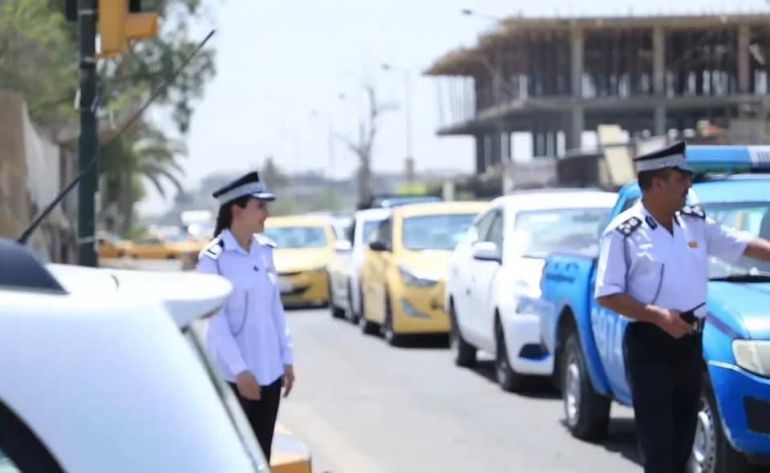 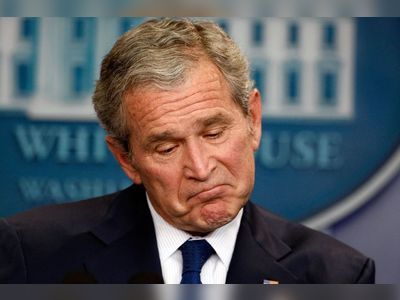