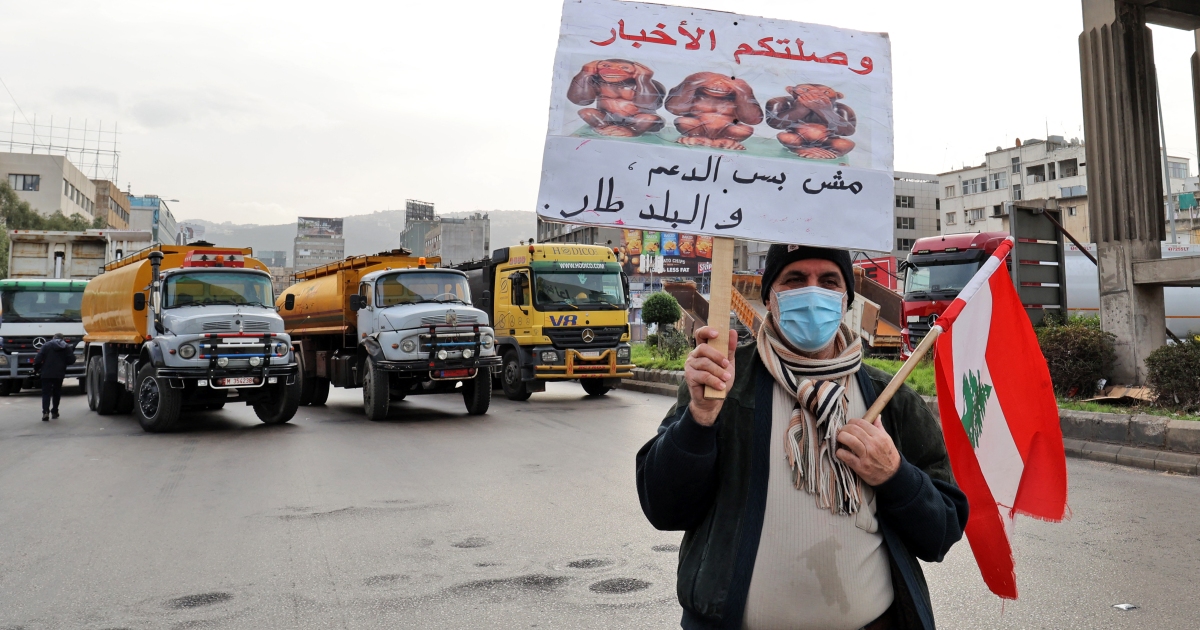 Lebanese may be sympathetic to public sector workers striking over wages, but frustration at inconvenience remains.

Lebanon’s seemingly terminal dysfunction is now compounded by open-ended strikes at most government offices, as salaries are no longer sufficient for employees to get to work, let alone support themselves or their families.

Last week, air traffic controllers at Beirut’s international airport announced they would stop working nights in August, underscoring the severity of a situation that affects everything from courts to schools.

The strike has also affected criminal prosecutions and caused delays in processing early releases that might have otherwise shortened jail sentences.

“If there was a system working properly, I have clients who would be outside today,” said Rafik Oreh Ghraizi, a lawyer who represents clients that would be eligible for early release but whose cases have not been processed.

Lebanon’s currency collapse is central to the problem. The process for early release requires a psychologist to evaluate the prisoner. Currently, the fee the government pays to such doctors amounts to less than $2 – so no one comes.

The severe devaluation of the Lebanese lira – since 2019, the monthly minimum wage has sunk from the equivalent of $450 to $24 at last week’s exchange rate – is also what motivates the workers to strike. The government has thus far failed to approve a new budget or salary increases of any kind. Ministries have also run out of basic supplies like paper and ink.

Ghraizi, who is also the founding member of the activist group Reform Lebanon, said the deterioration of the system was becoming more and more evident.

“I was [at a police station] three weeks ago, and I heard that some of the people who were arrested sleep while standing in the bathroom because it is so crowded,” he said.

“The condition is Lebanon is pathetic – when the last milestone of the system and the regime, which is the judicial and security system, is collapsing, it means the entire society is collapsing. And you do not see any light at the end of the tunnel.” 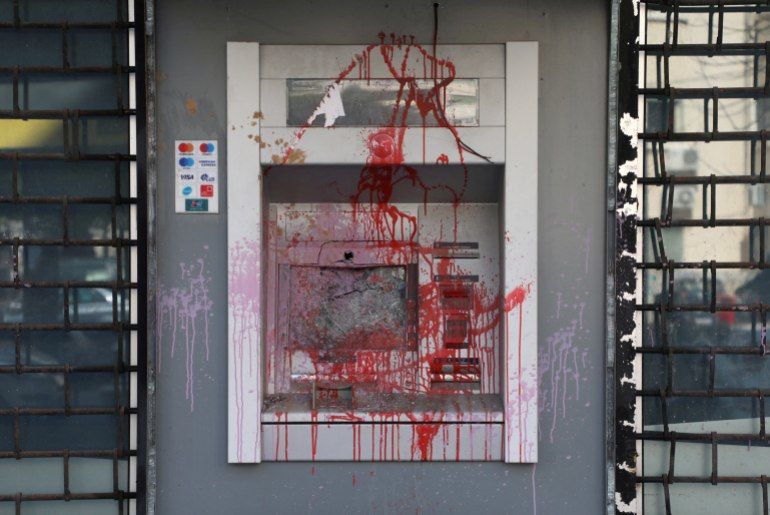 A damaged ATM cash machine is pictured in Beirut

While workers articulate demands for better wages, the strikers so far appear to be having the opposite effect they intended to, inconveniencing their fellow citizens rather than those in power.

Outside the country’s main office for car registration and driving licences, a driving instructor wondered how he would continue with his work.

One of his students had arrived for her exam only to be told she would be able to take the exam the following day when the office briefly reopened, but it was still unclear when she would physically receive a licence.

The young woman had arrived to take the exam with her father, a real estate agent, whose job had also been affected by his inability to register new deeds on the sale of properties.

“A lot of people’s work is based on litigation [the courts] and the public sector. The land registry, the registry of commerce – so a lot of people’s jobs are badly affected,” said Fouad Debs, a lawyer and a co-founder of the Depositors Union.

The union has been representing people trying to recover lost funds from Lebanese banks, which froze people’s accounts in order to stave off their own collapse as the currency plummeted.

Debs said the work stoppages have benefitted the banks, as it has slowed the cases he and his colleagues have brought against them.

“The fewer regulations you have, the more the powerful people will win,” Debs said. “And this is very sad, because it’s increasing inequality and poverty.”

Those in power remain dismissive of the strike, and to make matters more complicated, have an excuse. Lebanon held elections in May, and it could be months before a new government is seated, leaving a caretaker government with little authority to resolve the crisis.

“I personally understand everything the employees are doing and why they are on strike. But also being on strike is not going to solve things, so why do it?” said Mohamad Wissam Mortada, the caretaker minister of culture.

“The concept of being on strike is to get somewhere to have a result in the end,” he continued. “But today no matter what you do the government doesn’t have the means to increase or raise the salaries more than they are today. So the strike isn’t going anywhere except for them to express themselves.”

“It reflects the structural deficits in decent work in Lebanon – it’s this simple,” said Mustapha Said, the ILO’s senior specialist in workers’ activities. “Civil servants don’t enjoy basic rights to form unions and to negotiate working conditions with the government, which in this case is the employer.”

“I believe that sooner or later the government will find a solution for the civil servants just to give them some hope that they will not be affected by the crisis, but it will be like having morphine, because the whole discussion is about additional assistance instead of addressing the salary scale,” Said added. “For the government to do that, at least they should finalize the national budget, which has not been done.”