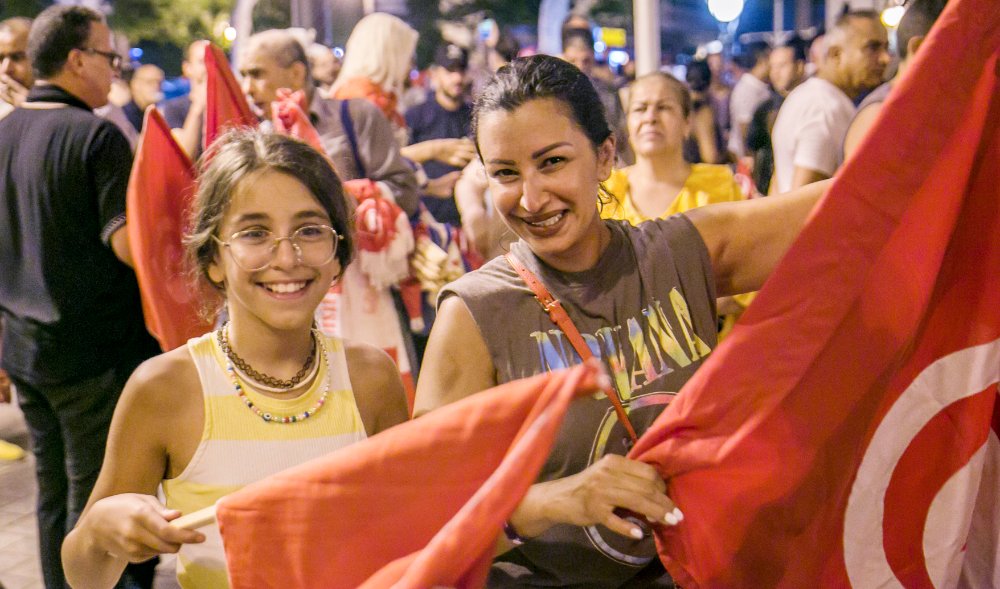 Tunisian voters have approved a referendum on a new constitution that gives more powers to the country’s president. It’s a step that brings hope to many in the struggling North African nation.
Some people interviewed by The Associated Press this week celebrated the result of Monday’s referendum and expressed support for President Kais Saied, who spearheaded the project and proposed the text himself.

Others said they worry about what the changes could mean for the future of democracy in the country.

The overhauled constitution gives sweeping executive powers to the president and weakens the influence of the legislative and judicial branches of the government.

Adel, a 51-year-old plumber who refused to give his last name due to fear of political reprisals, said that while he supported Saied, he did not participate in Monday’s referendum because he thought the proposed changes gave the executive branch too much power.

“This constitution he made was not for the long-term. Those who will come after Saied will do whatever they want without being held accountable,” he said.

Saied won the presidency in 2019 with over 70 percent of the vote. He continues to enjoy widespread popular support; recent polls put his approval rating at well over 50 percent.

The referendum took place a year to the day after Saied froze Tunisia’s parliament and dismissed his government. Opponents derided the moves as “a coup,” but many Tunisians supported the president’s actions due to exasperation with political elites and years of economic stagnation.

In the same way, many citizens think the new constitution will end years of political deadlock and reduce the influence of the country’s largest political party, Ennahdha.

Others saw a “yes” vote as a vote for Saied and a chance to change their fortunes.

Saida Masoudi, 49, a fast-food seller in a Tunis suburb who voted for the revised constitution, said she hoped the changes would pave the way to economic reforms and lower living costs.

“We just want the country to improve and reform. That’s why I participated in this referendum, so that the country will return to how it was before” she said, adding that she thinks Tunisians lived better under former President Ben Ali than they do today.

She said in a statement that the revisions were drafted behind closed doors in a process controlled by Saied.

“The new constitution dismantles many of the guarantees to the independence of the judiciary, removes protection for civilians from military trials and grants the authorities the power to restrict human rights or renege on international human rights commitments in the name of religion” Morayef said.

Opposition leaders had called for a boycott of the referendum, saying the process was flawed, and they argue the turnout reflected discomfort with the changes to Tunisia’s system of government.

“The referendum was rigged from the start, with no participation threshold provided for,” International Commission of Jurists regional director Said Benarbia said.

“The low turnout and the opaque, illegal process by which the adoption of the constitution was made possible do not give the president any mandate or legitimacy to change Tunisia’s constitutional order.”

Several people the Associated Press spoke with said they did not vote in the referendum.

Some said they were uninterested in politics, while others said a new constitution would do little to change their quality of life. Several did not understand the changes it would introduce.

“I didn’t vote because none of this interests me,” Khalil Riahi, a 26-year-old DJ, said.

“Whether it’s Kais Saied doing this or someone else, it’s all the same to me. Nothing will change.”

Monica Marks, professor of Middle East politics at NYU Abu Dhabi, says that many Tunisians have grown tired, disillusioned and cynical in recent years but that they “never called for a complete up-ending of their political system”.

“What they’ve been calling for, for years, is for effective leadership from government that makes a real tangible difference in their everyday lives and solves the economic challenges that they’re desperately grappling with” says Marks, explaining that many are attached to the idea that “one man alone can take the system, break it and maybe fix it.”

“There are still a lot of Tunisians who believe that Saied is Mr. Fix It ... They believe he is the man who will clean up everything, even though he’s ruled by powers of personal decree for an entire year, and their situation tangibly hasn’t changed.”