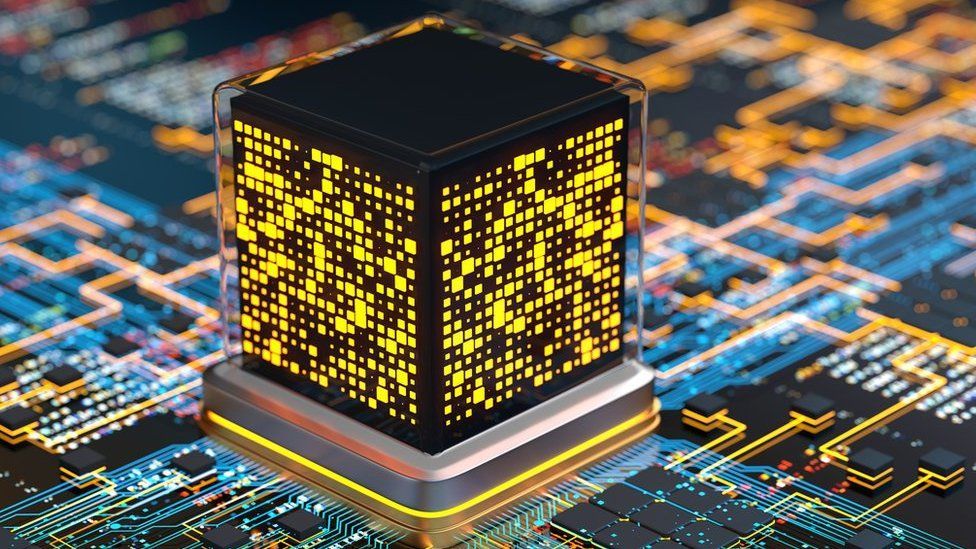 The Ministry of Defence (MoD) has acquired the government's first quantum computer.

The MoD will work with British company Orca Computing to explore applications for quantum technology in defence.

Stephen Till, of the MoD's Defence Science and Technology Laboratory (DSTL), called it a "milestone moment".

The computers found in most of our homes and workplaces process data in bits, which have a binary value of either zero or one.

Quantum computers instead use a two-state unit for data processing called a qubit.

This can represent digits like one or zero simultaneously through a quantum mechanical process called superposition, letting quantum computers bridge binary digits and cope with uncertainty where regular computers cannot.

Quantum computing experts and physicists say this means that the problems combed over by average computers for years could be solved in a matter of minutes.

Prof Winfried Hensinger, head of the Sussex Centre for Quantum Technologies at University of Sussex, says the true potential of quantum computers will take time to fully materialise.

"They can't actually solve any practical problems yet. They're enabling you to maybe gauge the possibilities of what working on a quantum computer would have if you can scale this machine to really large system sizes."

But he adds the promise of quantum computing, and the MoD's exploration of it, is still significant.

"Quantum computing can be disruptive in nearly any industry sector," Prof Hensinger adds.

"You can imagine that within defence, there's a lot of problems where optimisation can play a huge and very important role."

Try explaining the ins and outs of quantum computing at a party and you may not hold your friends' attention for very long.

It is a very complex concept, and works in a completely different way to your laptop, or the phone in your pocket - or even the giant supercomputers that can process mind-boggling amounts of data in a nanosecond.

The promise of quantum computing is that it will help to solve problems that standard computers can't handle.

The idea is that it will be used in the fight against climate change, in the development of new drugs and improved artificial intelligence - and in this case, potentially to support the military.

Just like the early days of standard computers though, we are at the stage where these machines are very few and very cumbersome, not least because their building blocks, qubits, have to be kept frozen.

But Orca's machine does not require this, meaning the device can be a lot smaller, and a little bit more practical.

A vote of confidence

Richard Murray, chief executive of Orca Computing, says despite debate over the realities and capabilities of quantum computing, the company's work with the MoD is a "significant vote of confidence".

"Our partnership with MoD gives us the type of hands-on close interaction, working with real hardware which will help us to jointly discover new applications of this revolutionary new technology." 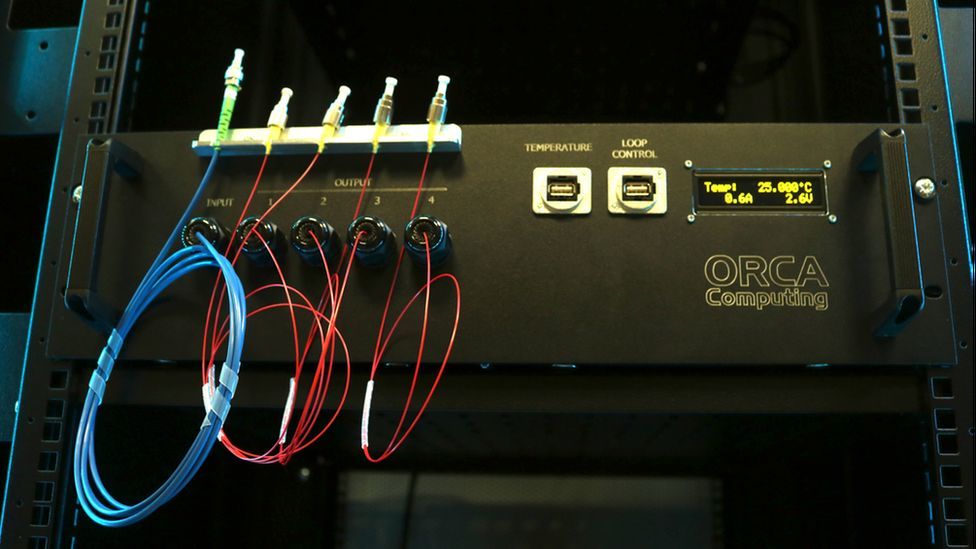 The MoD will work with Orca's small PT-1 quantum computer, which the company says is the first of its kind to be able to operate at room temperature, rather than require sub-zero surroundings to keep heat-sensitive qubits cool.

Mr Till says having access to Orca's quantum computer will accelerate the MoD's understanding of the technology.

"We expect the Orca system to provide significantly improved latency - the speed at which we can read and write to the quantum computer," he says.

Watch: What is quantum computing?