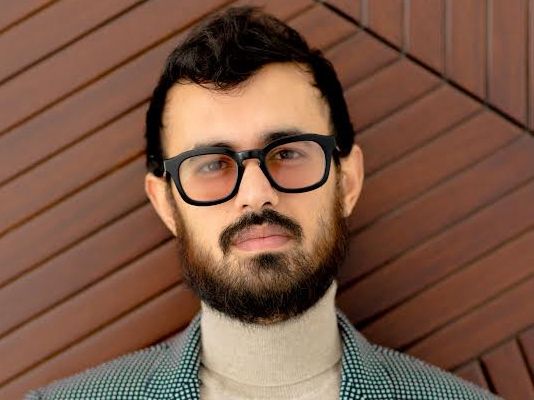 A singer from Saudi Arabia is the face of an influential Spotify playlist.

For more than a week, the image of RnB crooner Hajaj, dressed in a suave green checkered suit, has adorned the Fresh Finds: Pop list on the streaming service.

His single, Learning to Live Without You, opens the six-hour song selection packed with 134 tracks by international independent artists, including hyped acts such as Australia’s Genes and US singer-songwriter Ash Leone.

To lead such a prized list is not only a source of pride for Hajaj, whose full name is Abdul Rahman Hajaj, but also translates to the kind of global reach he could have only dreamed about four years ago when first writing his now-famous song.

"It has been crazy – we did over a quarter of a million streams over the last few weeks," he tells The National from Riyadh.

"Being on these popular playlists does help, obviously. The analogy I give is that playlists are today’s record stores and the bigger and more popular the playlist is similar to record stores on the main street. I am happy my song is being heard and to be seen as an artist." 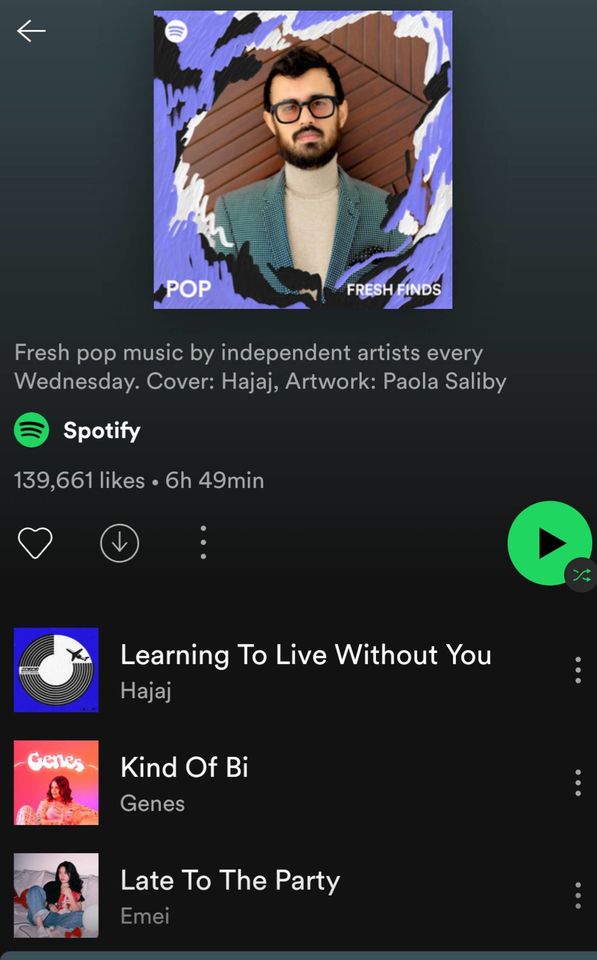 But how does a little-known act get such a placement?

This is where Saud Alturki, fellow Saudi and founder of Hajaj’s record label Brij Entertainment, comes in.

It’s not so much about making deep industry connections and gaining social media followers (Hajaj only has just over 1,500 Instagram followers), but it is about making a compelling case.

“With Spotify we pitched it to their music editors and within that pitch we had to tell a story about Hajaj and the song," says Alturki.

“This is important advice for artists because at the end of the day you are dealing with humans who make the playlists and not algorithms.”

What also helps is that it's a killer song.

Learning to Live With You is a slightly rugged slice of blue-eyed soul. Over rolling keyboards, Hajaj's plaintive vocals quaver as he bemoans an unrequited love affair.

The track features in the new EP Last Call for Coco, a six-song cycle following an ultimately doomed relationship.

"Basically I am looking at this idea of what is love and what is infatuation in this period where social media has given us all very short attention spans," says Hajaj.

With that said, Last Call for Coco benefited from a long and painstaking gestation period.

A majority of the tracks were written and recorded in 2017 in London, where Hajaj holidayed over the summer months. Others were chosen from the hundreds of songs Hajaj has written over the past decade, which he has spent at a Swiss boarding school before university stints in the US and Spain to study business management.

“I have written songs every day for nearly 12 years. It is almost like a compulsion with me,” he says.

“Ed Sheeran best describes it, in that it’s like turning on a faucet and at the beginning all the bad water comes out before the fresh water arrives.

“I love that approach, because the more you write songs the more confident you feel making unorthodox choices. Then you will eventually find your own sound.”

Last Call for Coco is characterised by its old-school approach. Hajaj chose to record all of the tracks in London's Talbot Studios, in analogue, to maintain a natural and organic sound.

This meant all musicians, from the rhythm section to the horn players, had to be on point to nail the take.

“There are also other, subtle things you bring to the music that you can’t capture digitally,” he says. “For example, one of the players had a bad start to the day before he came to the studio to record a love song. He brought that intensity to the track and that was perfectly caught on tape.

"I find that recording with computers doesn’t capture those nuances that can make a record great.”

Computers can tell you where songs are popular, though, and Hajaj says destinations on a future tour will be decided by the streaming numbers.

"I am following the analytics and that helps because you want to go to locations where the demand is strong and the venues are there," he says.

"And the way the track is being received is amazing in that it’s being heard in a lot of places like Indonesia, Malaysia, Chile and Germany.

“I am not in a hurry because there are no quick fixes with the industry. I want to study the situation because I am in this for the long haul."