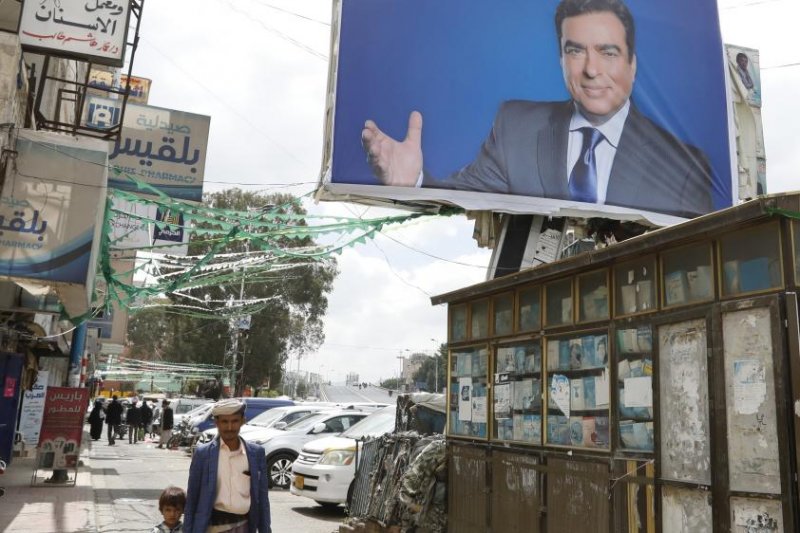 Lebanon-Saudi crisis deepens, with no solution in sight

Lebanon's emerging crisis with Saudi Arabia and some Gulf countries is deepening, with not enough internal efforts being exerted or Arab mediation in sight to help resolve it, diplomatic and political sources said.
The Saudi decision Oct. 29 to expel Lebanon's ambassador and ban its imports stays in place while more punitive measures are feared. The measures came as an angry reaction to critical comments by Lebanese Information Minister George Kordahi concerning Saudi military intervention in Yemen.

The diplomatic row came at the worse time for Lebanon, which has been grappling with one of most terrible economic crises in the world and is counting on its traditional rich Gulf supporters for rescue.

At the heart of the problem is the rising influence and dominance of Iran's proxy in Lebanon, the heavily armed Hezbollah.

Relations between Saudi Arabia and Lebanon have strained over the past years because of harsh criticism and insulting remarks repeatedly voiced by Hezbollah chief Hassan Nasrallah against the Saudi rulers, mounting concerns by Riyadh over Lebanon drifting away from its Arab arena and adopting Hezbollah positions and the continuous smuggling of drugs from Lebanon to Saudi Arabia and other Gulf countries.

"Saudis were fed up and said enough is enough," a well-informed political source, who requested anonymity, told UPI. "What is needed is to ease the tension, but nothing is being done: no initiative or practical ideas [by Lebanese officials] ... just talk and wishes, but no action."

Although Kordahi's resignation and an official apology by Lebanon would not be enough to resolve the crisis, they could help pave the way toward finding a solution.

However, the Lebanese information minister, backed by a tough Hezbollah position, has so far refused to submit his resignation, arguing that he did not do any wrong by making his Yemen remarks that were recorded in August -- one month before he was named minister in the new cabinet -- and broadcast in October.

"Kordahi's resignation is necessary, but not enough. What is needed is to stop adopting certain policies. Since Hezbollah is represented in the cabinet, it should at least stop insulting friendly countries. ... This is unacceptable," the political source said. "What the Gulf countries want is a minimum of political behavior by Hezbollah ... and this is not happening."

The Lebanese leaders' efforts tor esolve the crisis have failed because of disagreement and inability to offer a proper way out. Even the Arab League, which sent its deputy chief Hossam Zakito to Beirut on Nov. 8 for talks with Lebanese officials to end the diplomatic spat, fell short of pursuing its reconciliatory efforts.

Lebanon now might be counting on Kuwait, because of deeply rooted historical ties between the two countries, to change position and help mend fences with Saudi Arabia and the other Gulf countries.

A Lebanese diplomatic source said that while Saudi Arabia and Bahrain are adopting a tough position concerning Hezbollah, Kuwait, which did not ban Lebanon's imports, could be more lenient.

"In case Kordahi resigns and Lebanon offers an apology, Kuwait supposedly would change its position," the diplomatic source told UPI. "We are counting on Kuwait to open the way, bridge the gap and reconcile Lebanon with Saudi Arabia and Gulf allies. But Lebanon should give something so that they do something."

However, what Saudis ultimately would want is to reduce the influence of Hezbollah and Iran over Lebanon -- something that the Lebanese themselves cannot do.

Brig. Gen. Hisham Jaber, head of Middle East Center for Studies and Public Relations, distinguished between such an influence and the issue of Hezbollah's weapons.

"Let's be logical. These are two different issues. Hezbollah and its Shiite Amal movement ally have no doubt an active presence in Lebanon and can obstruct the government, but I don't think they dominate Lebanon. Do they control the Army, the central bank and all the ministers? No," Jaber told UPI.

He noted, however, that Hezbollah's weapons are a "subject of controversy" among the Lebanese, arguing that half of them do not accept that the Iran-backed group keeps its arms and use them in internal battles.

"If Hezbollah uses its weapons to open a war against Israel, 80% of the Lebanese people will be against such an action because we don't want a war in Lebanon and don't need to destroy the country," he said.

"But when Hezbollah has missiles that deter Israel, this is acceptable as we don't have a strong army or a defense system that could deter the Israeli air force."

Last month, the Hezbollah chief disclosed that his group, with an estimated arsenal of130,000 rockets and missiles, has 100,000 trained fighters.

"To disarm Hezbollah, we need a strong army and friendly states to give us a defense system just to protect Lebanon's air space," Jaber said, adding that Lebanon's leaders have so far failed to draft a defense strategy whereby Hezbollah would be absorbed within the army as a paramilitary force.

With Hezbollah getting stronger as a regional player after its intervention in the Syrian and Yemeni wars, only a settlement based on Iran-U.S. negotiations that "would change the political equation in the region" could resolve the issue of its weapons.

"Any strategic or regional action by Hezbollah cannot be done without Iran's approval," Jaber said. "Saudi Arabia is angry over Lebanon and considers Hezbollah as an enemy for influencing the Houthi rebels in Yemen. True, but we cannot battle Hezbollah because that would lead to a civil war."

With Hezbollah's popularity -- like most of the political parties -- in decline since the party stood against the popular uprising that broke out in October 2019 to oust the country's corrupt leaders, Jaber said that the "only solution is through the upcoming general elections that could result in a new parliament that represents at least 70% of the Lebanese and through an independent judiciary."

"That is unlikely to happen," he concluded.