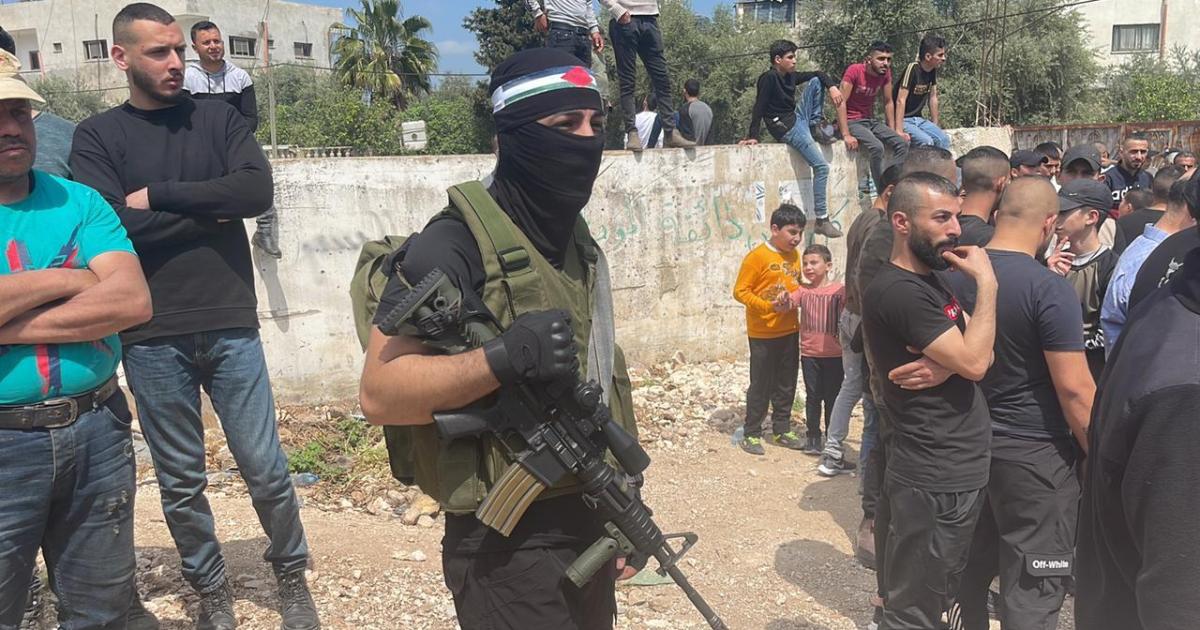 Jenin: How the city became a symbol of Palestinian resistance

Palestinians say Jenin has always been a hub for Palestinian resistance groups, despite ongoing Israeli attempts to stamp them out.

Months ahead of the 20th anniversary of the April 9, 2002 Israeli assault on the Jenin refugee camp, Israeli operations and arrests in and around the occupied West Bank city of Jenin were on the rise.

On the day of the anniversary, Israeli forces launched a large-scale raid on the camp, located in the heart of Jenin city. As Palestinian fighters responded, the raid culminated in two hours of heavy street fighting that left one Palestinian fighter dead and 13 others wounded.

The escalation brought back memories of deadly confrontations that took place 20 years ago, when an Israeli ambush on the camp killed at least 52 Palestinians, including women and children, according to a Human Rights Watch (HRW) investigation. There were also 23 Israeli soldiers killed and several others injured.

That day, 20 years ago, marked a turning point for Jenin – the city and the camp – making it a symbol of resistance for Palestinians.

“There are two places in Palestine that Israel has never been able to fully conquer – Jenin and Gaza,” Diana Buttu, a Palestinian political analyst and lawyer told Al Jazeera.

“That’s why Israelis try to bring down the people of Jenin and Gaza… time and time again, but it’s never worked,” she added. 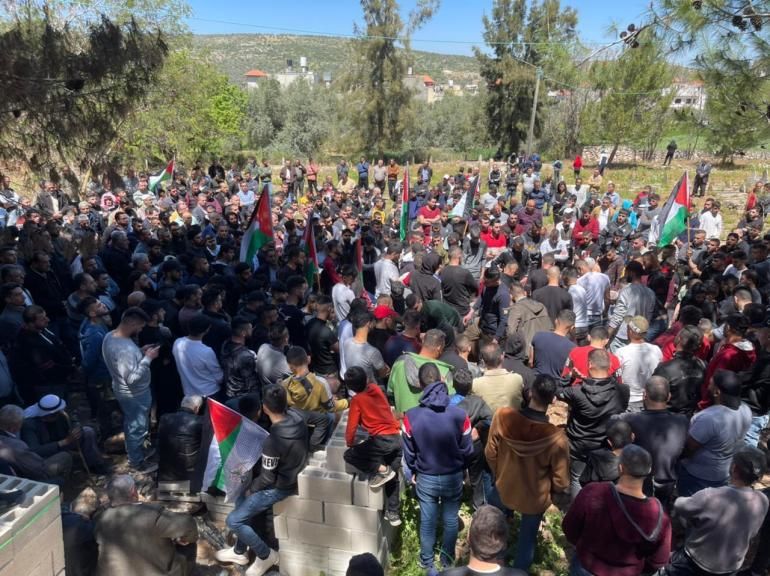 On April 2, Israeli security forces killed three Palestinian men in a predawn shoot-out in Jenin for allegedly carrying out attacks against Israeli forces

Although Israeli assaults on Jenin have been more sporadic since 2002, recent months have showed an uptick in Israeli violence and raids in Jenin.

In February, a joint search operation conducted by Israeli forces and the Palestinian Authority (PA) targeted about 25 men in Jenin, and saw many family homes raided and dozens of people arrested.

A week before the anniversary, on April 2, Israeli security forces killed three Palestinian men in a predawn shoot-out in Jenin. Israeli authorities said the men – later identified as members of the Islamic Jihad’s armed wing – were “involved in terrorist activity against security forces”.

The Israeli army (IDF) said the forces found weapons in the area and arrested several Palestinians suspected of “terror” activity, according to Israeli media.

The raids coincided with a series of shootings in Israel that have occurred since March 22, which left 14 Israelis dead in four separate attacks led by Palestinians – two of whom were from Jenin.

On April 7, 28-year-old Raad Hazem, from Jenin refugee camp, opened fire in a crowded Tel Aviv bar, killing three Israelis and wounding 10 others. Hazem was shot dead shortly after the incident, his family home was raided and demolished, and his father has been on the run as Israeli forces continue their search for him.

Only a week earlier on March 29, Diaa Hamarsheh from the village of Ya’bad, a few kilometres outside of Jenin, killed five people in the ultra-orthodox town of Bnei Brak, east of Tel Aviv. 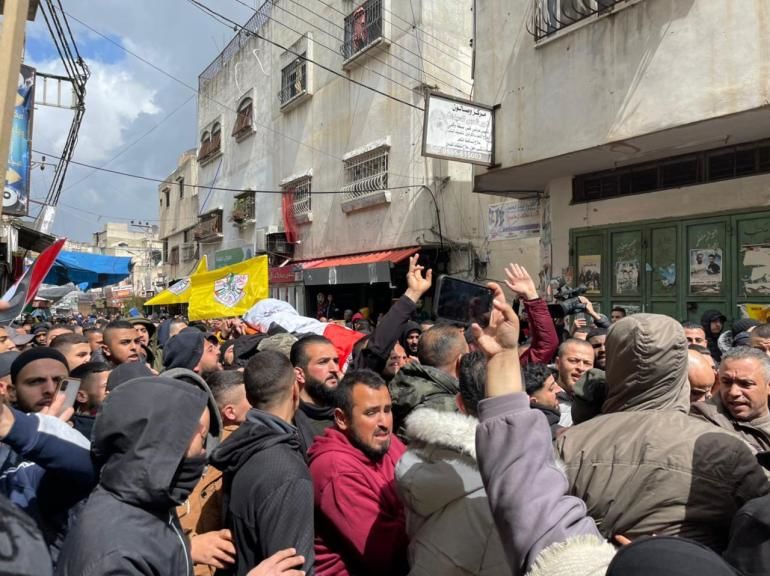 Israel has imposed economic sanctions on Jenin, revoked travel permits for its residents working outside the city, and closed off roads connecting Jenin to other parts of the occupied West Bank and Israel

Since then, Israeli Prime Minister Naftali Bennett has granted “all security forces full freedom” during operations, with the aim of stopping future attacks.

For Israelis, the city is considered a hub for “terrorist activity” rather than resistance.

Israel also imposed economic sanctions on Jenin, revoked travel permits for residents working outside the city, closed off roads connecting Jenin to other parts of the occupied West Bank, and increased deadly raids, arrests, and targeted killings in and around the city, its residents told Al Jazeera.

Under the restrictions, Israel closed checkpoints and prevented travel between Jenin – known as Palestine’s bread basket – and Israel, leaving many merchants and workers in the city cut off from their sources of income.

Despite the grim picture the series of events has drawn, Jenin residents told Al Jazeera that the past few months had “revived the spirit of resistance”, and refreshed memories of Jenin’s emergence as a hub for Palestinian resistance.

“Jenin can only exist within the context of the resistance, with its history of perseverance, refusal to raise a white flag, and insistence on fighting back,” said the governor of Jenin and member of the Fatah movement, Akram Rajoub.

A Palestinian mother and camp resident, who wished to remain anonymous for security reasons, agreed: “Jenin has and always will be a source of Palestinian resistance.” 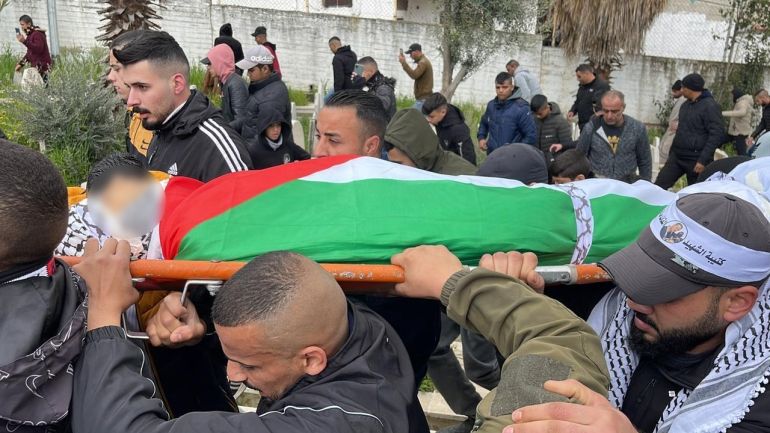 ‘Returning to its roots’

Established to house Palestinians expelled during the Nakba of 1948 – when more than 750,000 Palestinians were forced from their homes to make way for the establishment of Israel – Jenin refugee camp has remained the most vibrant part of the city, despite being levelled during Israel’s assault during the 2002 Intifada.

The entrance to the half-square-kilometer area, which is home to approximately 14,000 refugees and dozens of Palestinian fighters belonging to the Islamic Jihad and Fatah movements, is adorned with a key symbolising the Palestinian right of return. Flags of the various Palestinian factions at the camp adorn the gates, and posters of Palestinian prisoners and “martyrs” are plastered across the camp walls.

“They are our heroes,” Khader Adnan, a leader in the Islamic Jihad movement told Al Jazeera, as he pointed to the faces on the posters. “They are reminders of what our youngsters want to be: resistance fighters.”

When tensions flared in Jerusalem in May last year over Israeli raids on the al-Aqsa Mosque compound during the Muslim holy month of Ramadan, and attempts to expel Palestinian families from their homes in occupied East Jerusalem’s Sheikh Jarrah neighborhood, the heat was immediately felt in Jenin.

Masked men belonging to Fatah and the Islamic Jihad paraded in the camp to show their support and readiness to fight.

While the men were on the run, camp fighters attempted to aid the escaped prisoners by carrying out shootings at Israeli checkpoints and launching demonstrations vowing revenge if the men were hurt.

Reflecting on Jenin’s history as a centre for armed Palestinian groups, Adnan said: “Jenin has always been a hub for our movement and other resistance factions.

“Many of our youths believe in fighting until the last breath,” he added, as he named several famous fighters belonging to the movement’s armed wing, the al-Quds Brigades.

“The ongoing Israeli crackdown built Jenin’s character, and what we see today, is Jenin returning to its roots of resistance,” he told Al Jazeera. 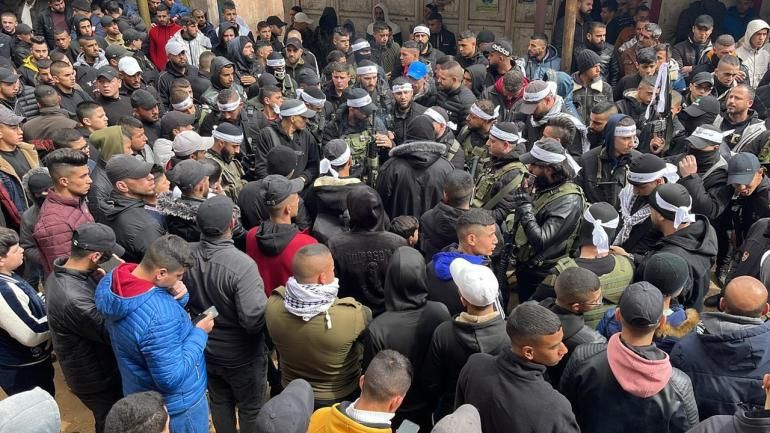 According to Buttu, the Palestinian analyst, Israeli and PA attempts to control Jenin have always failed.

Again likening Jenin to Gaza – a place Israel considers an ongoing threat to its security – Buttu said the two were the only places Israel withdrew settlements because it “calculated that it was going to be far too costly to maintain a presence – not financially, but in terms of lives”.

Before the PA came to power after the Oslo agreement in 1993, Israel often targeted Jenin as a place to control, “but it never worked”, said Buttu. “When the PA came, their greatest challenge in terms of crushing the resistance has been in Jenin.”

For years, Israel and the PA have coordinated efforts to bring Jenin under their control. In the latest attempt ahead of the recent flare up in violence, the PA launched an arrest campaign in the camp in December last year. While it insisted that the campaign was a security operations to stamp out thugs, residents said it aimed to to crush the resistance.

For Adnan, the Islamic Jihad leader, the reasons are simple. “[The] Israelis are afraid that our spirit of resistance might reach other parts of Palestine. That’s why they keep hounding us.

“But these repeated arrests, raids, and sanctions only make us stronger, more united and determined to carry on,” he added. 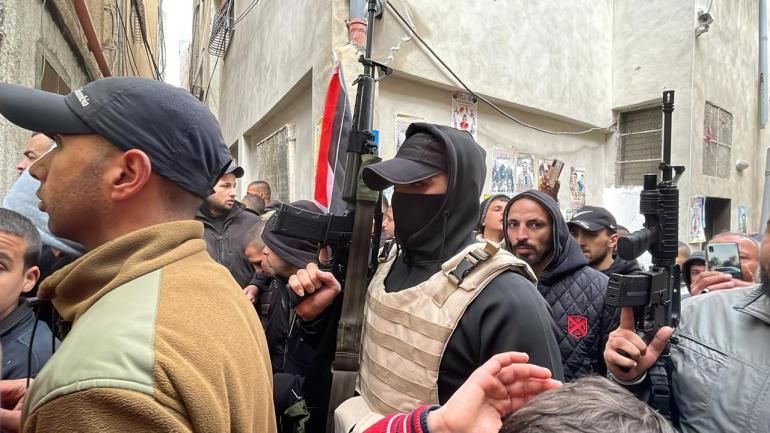