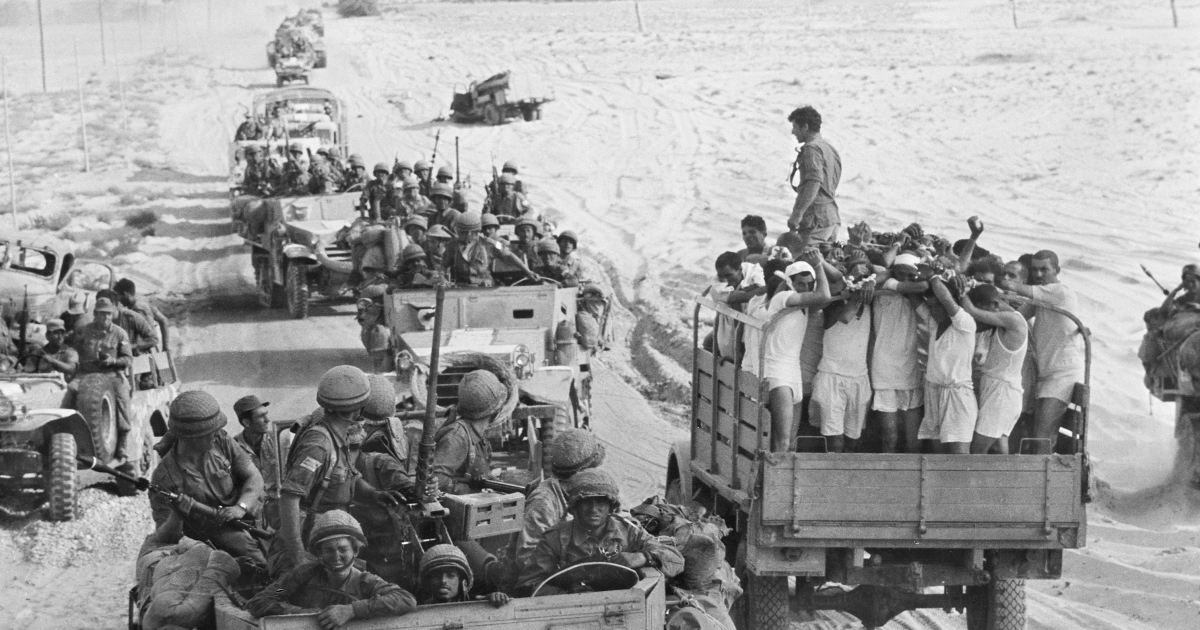 Israel says it will probe 1967 mass grave of Egyptian soldiers

Israeli media reports dozens of Egyptian soldiers killed in 1967 war are buried under what is now an Israeli tourist park.

Israeli Prime Minister Yair Lapid has said his office would investigate reports of a mass grave in central Israel containing the bodies of Egyptian commandos who were killed during the 1967 Middle East war.

Lapid’s office said on Sunday that Egyptian President Abdel Fattah el-Sisi had brought up the issue in a call after two Israeli newspapers published witness accounts suggesting there was an unmarked grave near Latrun, an area between Jerusalem and Tel Aviv where Israel’s army fought the Egyptian soldiers decades ago.

According to the statement, Lapid directed his military secretary “to examine the issue in depth and to update Egyptian officials”.

Earlier on Sunday, Egypt’s foreign ministry had said in a statement the Egyptian embassy in Tel Aviv had been assigned to communicate with the Israeli authorities to “clarify what is being circulated in the media, call for an investigation to verify the credibility of this information, and urgently inform the Egyptian authorities of the relevant details”.

Newspapers Yedioth Ahronoth and Haaretz published archival material and interviews with residents recounting how dozens of Egyptian soldiers killed in the battle may be buried there.

According to the reports, about 80 Egyptian soldiers killed during the war were buried under what is now a popular Israeli tourist park. 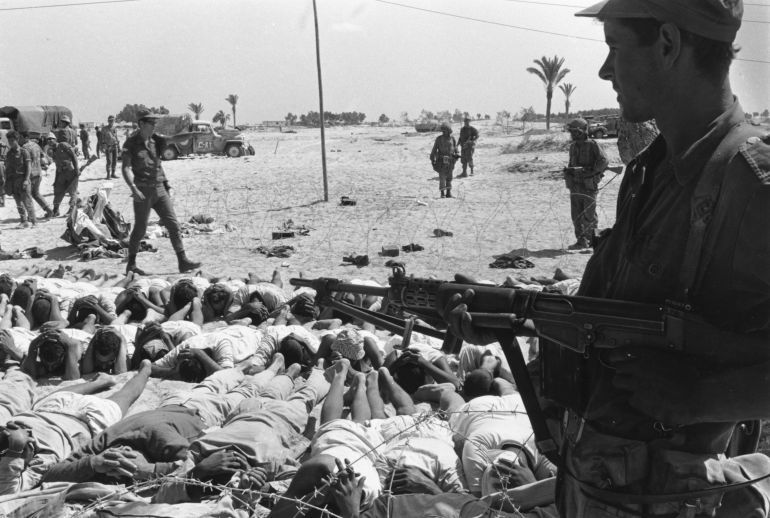 The soldiers were reportedly killed on June 5, 1967, when fighting broke out between Israeli troops and a group of Egyptian soldiers in Kibbutz Nahshon, a settlement in the now illegally occupied West Bank.

After the soldiers were killed, Israeli authorities dug a 20-metre grave and buried the Egyptian soldiers’ bodies together, said the report.

Residents of the kibbutz attempted to speak out about the issue during the 1990s but were silenced by the Israeli army.

Known to the Arabs as the Naksa, meaning setback or defeat, the 1967 war saw Israel seize the remaining Palestinian territories of the West Bank, East Jerusalem, Gaza Strip, the Syrian Golan Heights and the Egyptian Sinai Peninsula.

The Naksa was a continuation of the 1948 war which saw the establishment of the state of Israel in a process that entailed the ethnic cleansing of Palestinians.

In January, Haaretz reported a mass grave of Palestinians killed by Israeli forces in the village of Tantura in 1948 was discovered under the car park of a popular Israeli beach.

After fighting another war in 1973, Israel and Egypt signed a peace treaty in 1979. That was the first it signed with an Arab country and Israel regards it as a cornerstone of its security.