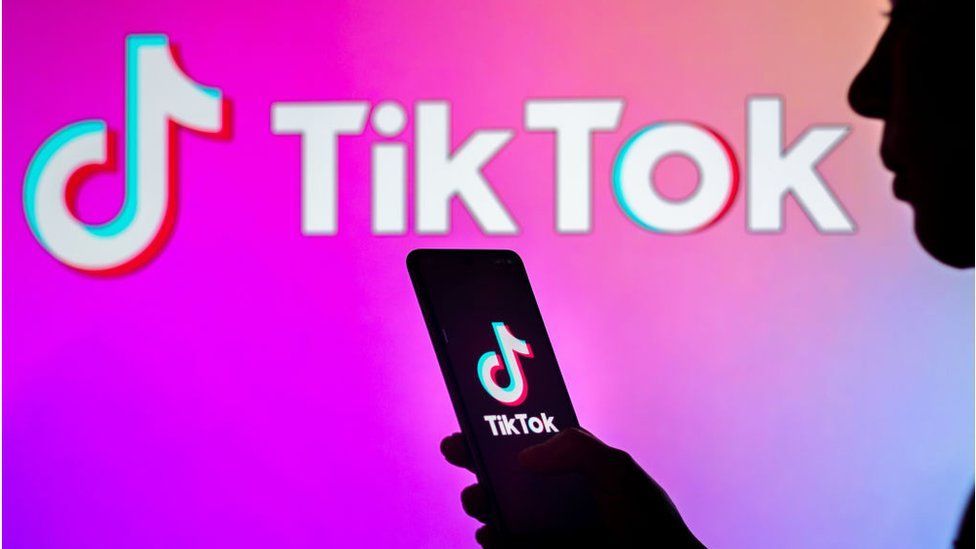 Although TikTok is not his only source of money, it is an essential one. He says a lot of people he knows are generating up to $10,000 from the video sharing app.

Mohamed says he and TikTokers like him make money from the app through its Creator Fund, which makes payments to its top content makers, partnering with brands to post sponsored content, or selling services and advice via the platform.

He says creating promotional videos for tech products can earn him up to 60% of the product's value each time.

Mohamed's audience though comes from educational videos on digital marketing, pulling in more than half a million followers, each with one dream: how to get rich quickly. 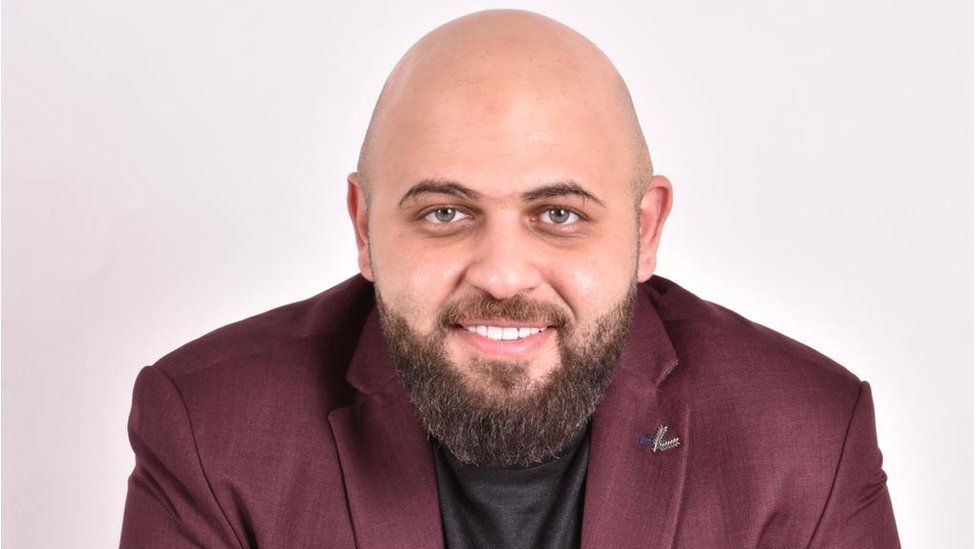 Mohamed Ghadour has more than half a million followers

According to a UN report, the number of unemployed people in the Arab world was about 14.3 million in 2021, most of whom were young. With mobile phones offering advanced cameras and apps like TikTok making editing and sharing videos simple, for many the prospect of fame and wealth at the click of a button is tantalising.

In recent years, content creator and influencer have become mainstream job titles, with much more money to be made for the small number of very successful social media users than many traditional ones.

At 30 years old, Mohamed, an Egyptian living in Saudi Arabia, is my age and earns almost 10 times what I earned when I was a journalist based in the Arab world.

"You can create $10,000 a month from TikTok if you want, it all depends on your followers and content," TikTok celebrity Ismael Elabras says.

Ismael - whose nickname is "Elkhal", or "the uncle" in Arabic - has almost a million followers.

While the 50-year-old Lebanese influencer also earns money like Mohamed from TikTok views, he makes more in a different way too. He is creating content for those who are looking for jobs, immigration and scholarship opportunities.

Ismael's revenue come from users who seek one-to-one advice after watching his videos. He says that if I did the same I could earn more than my monthly salary in a few days. "Sell your experience for money. It's a win-win game," he adds.

But that's far from always the case.

The TikTok journey in the Arab world does not often lead influencers to wealth and fame, and it has even controversially led some of them to prison.

Two Egyptian TikTok female content creators, Haneen Hossam and Mawada al-Adham, were sentenced to three years and six years in prison respectively in Egypt after being convicted of "human trafficking" - charges which they both denied.

Human rights activists say the two women were prosecuted as part of a crackdown by Egyptian authorities targeting female social media influencers on charges that violate their rights to privacy, freedom of expression and non-discrimination. 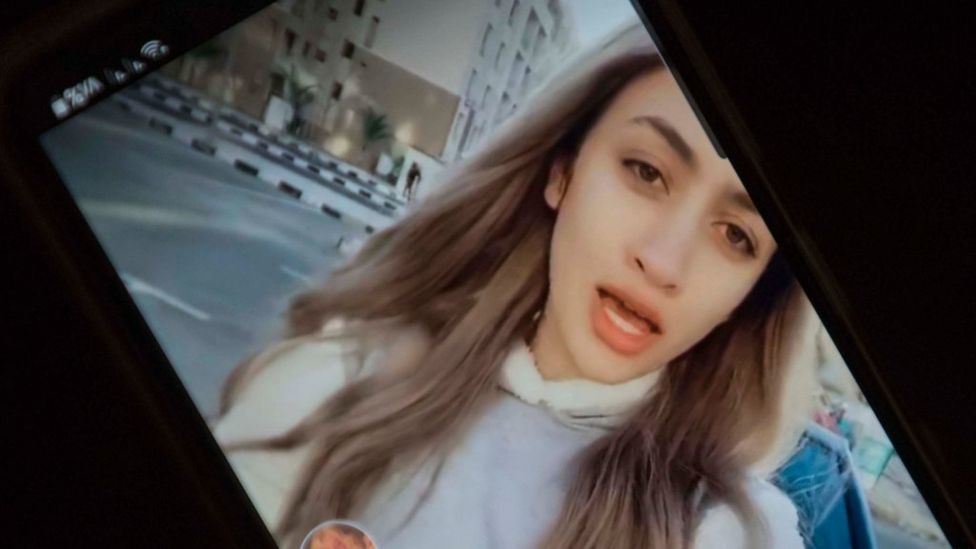 Nor can all claims of large scales of income be verified.

Shimaa, a 19-year-old Moroccan influencer says her live videos on TikTok do not generate that much money. Although she declines to say how much she earns, she says her YouTube channel is making more money than her TikTok account.

She says she kept her TikTok accounts in order to attract followers to her other social media accounts.

As with all social media platforms, the more followers someone has the more money they can make. But TikTok is unique in that they do not need millions of followers to make this happen.

Accounts with between 50,000 and 150,000 followers are considered "micro influencers", and to make money directly from TikTok their videos must be viewed by at least 100,000 users in the last 30 days.

According to Ismael and Mohamed, there is a new trend to generate money among young users who are asking others to support their projects.

Lately, the young Syrian singer Fia Younan collected around $25,000 in donations from social media users to record a song.

But Ramy Assaf, a researcher in digital economy at the School of Oriental and African Studies (Soas) in London, says that the number of people who make money from TikTok is often exaggerated and that the amount of money they make is not always accurate.

"One per cent of users made a lot of profits, but 99% of users don't make that much money as they don't have followers. Consequently, companies are not using them for promotion and they are not sent any donations or subscriptions. Only popular users can make money," he says.

Although Shimaa has 1.2 million followers for her diaries on TikTok she says her revenues from the app are not that great.

There is no specific data on the number of TikTok users in the Arab world, but a company spokesperson in the Middle East said more than 2 billion users had downloaded the app globally.

TikTok's owners ByteDance announced that 41% of their users were between 16-24 years old, a demographic which accounts for about 30% of the Arab world's population.

In February 2020, the TikTok app generated about $50.4m from user spending during that month, according to Statista website.

Meanwhile, the biggest winner of the appetite for TikTok is ByteDance. It said it doubled its revenues last year to $34.3bn.