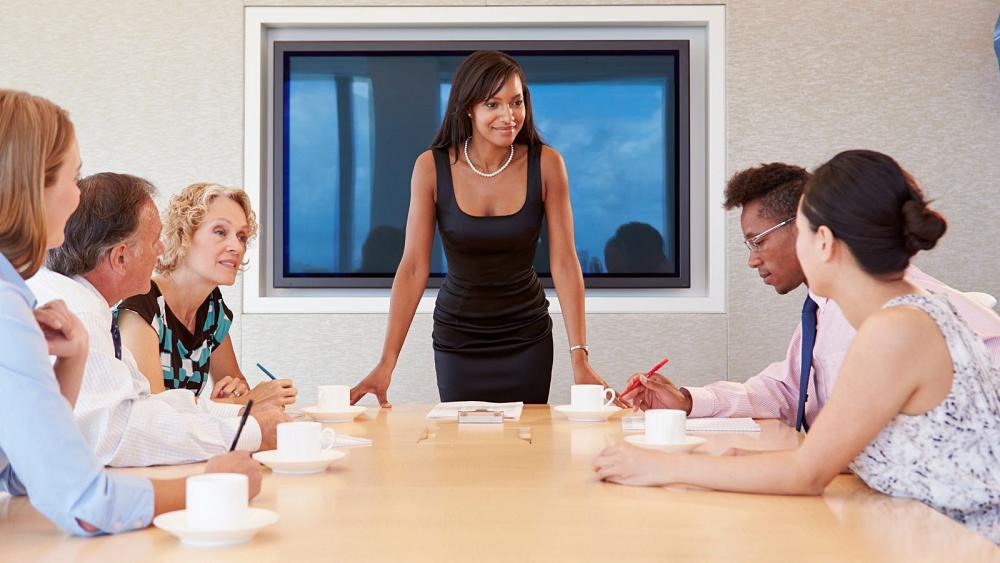 Companies could be fined for failing to appoint enough women as board directors.

The European Union has agreed to impose gender quotas to ensure women have at least 40 per cent of seats on the boards of large companies.

After a decade of deadlock on the topic, the proposal got new momentum this year with fresh backing from Germany and France, and a political agreement was finally reached on Tuesday between the European Parliament and the Council of the EU.

The legislation requires listed companies in all 27 EU member states to have women take up at least 40 per cent of non-executive board seats or 33 per cent of all board director roles by mid-2026.

Companies could be fined for failing to hire enough women on their boards and see director appointments cancelled for non-compliance with the law.

"Diversity is not only a matter of fairness. It also drives growth and innovation. The business case for having more women in leadership is clear," European Commission President Ursula von der Leyen said in a statement. "There are plenty of women qualified for top jobs: they should be able to get them”.

Last year, EU data showed women occupied 30.6 per cent of boardroom positions across the bloc, but this varied widely country by country, with Cyprus having 8.5 per cent of women on boards, and France more than 45 per cent.

France first introduced legal targets for women on boards back in 2011. Its own 40 per cent quota came into force in 2017 and it’s the only EU state to surpass that number today, according to the European Institute for Gender Equality (EIGE), an EU agency.

Italy, the Netherlands, Sweden, Belgium and Germany were the next best in class, with between 36 and 38.8 per cent of women in the boardroom. Lagging well behind are Hungary, Estonia and Cyprus, where fewer than one in 10 non-executive directors were women.

The EIGE said in April that binding quotas have proven more effective in bringing more women on boards compared to countries that have taken softer measures or no action at all.

The so-called “Women on Boards” directive applies to companies with at least 250 employees.

It aims to introduce transparent recruitment procedures in companies, so that at least 40 per cent of non-executive director posts, or 33 per cent of executive and non-executive roles combined, are occupied by the under-represented sex - generally women.

In cases where candidates are equally qualified for a post, priority should go to the candidate of the under-represented sex.

Listed companies will be required to provide information to the competent authorities annually about the gender representation on their boards and, if the objectives have not been met, how they plan to attain them.

“Selection processes have to be based on clear, predetermined criteria and with this agreement, only the best candidates will be selected, thereby improving the overall quality of boards”.

Member states will need to transpose the directive into their own national legislation over the next two years.

Companies, for their part, will have to comply with the new target by June 30, 2026. This is a tighter deadline than the Council’s proposal of December 31, 2027.

The EU’s proposal includes “effective, dissuasive and proportionate” penalties for companies that fail to comply with selection and reporting obligations. These could include fines and the annulment of contested appointments.

Member States will also have to publish information on companies that are reaching targets as a form of peer pressure and to encourage compliance.

The European Parliament has demanded an assessment of the scope of the directive at a later stage on whether it should also include non-listed companies.