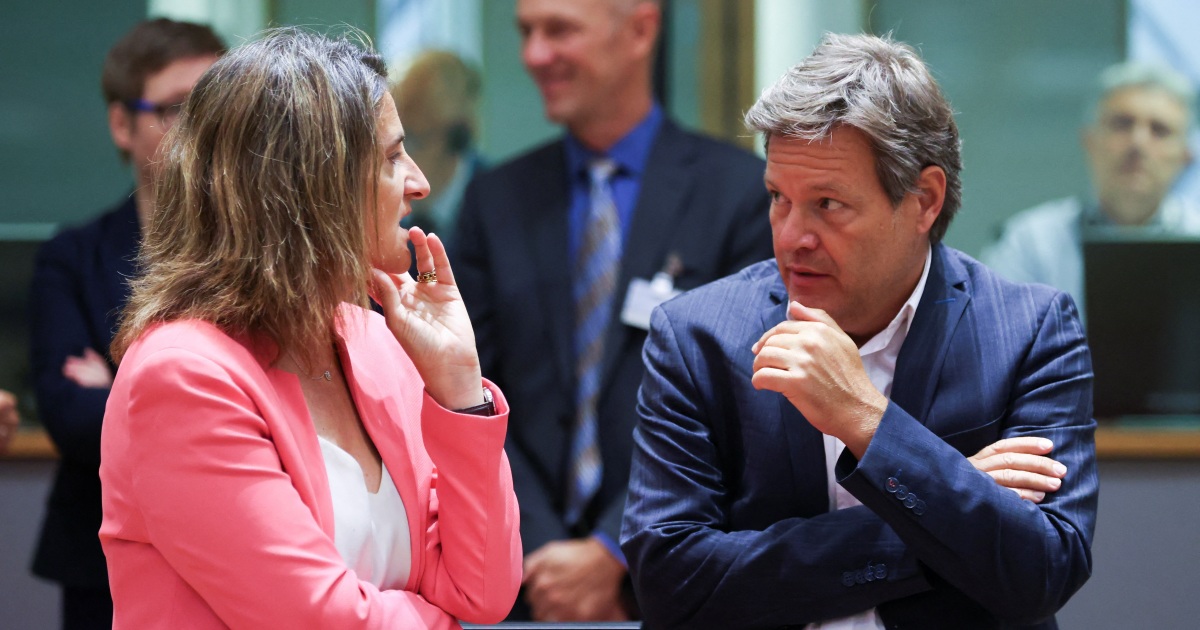 Member states are looking to mitigate the effect of a Russian squeeze on gas flows before the winter season.

European Union energy ministers have reached an agreement on an emergency proposal requiring member states to cut their gas use by 15 percent from August to March in the face of concerns about the reliability of Russian supplies in the coming winter.

“Member states today reached a political agreement on a voluntary reduction of natural gas demand by 15% this winter,” the European Council said in a statement.

“The Council regulation also foresees the possibility to trigger a ‘Union alert’ on security of supply, in which case the gas demand reduction would become mandatory,” it added.

Gazprom, Russia’s state-controlled gas giant, announced on Monday it was halting the operation of one of the last two operating turbines of the Nord Stream 1 pipeline due to the “technical condition of the engine”. Deliveries to Europe via the pipeline were to be reduced to 33 million cubic metres a day – about 20 percent of its capacity – from Wednesday.

Last year, Russian gas accounted for some 40 percent of the EU’s imports of the energy source. Concerns in the bloc over energy supplies, especially gas, have increased as Russia curtailed deliveries in recent months amid the war in Ukraine, seen as retaliation for Western sanctions.

“We know that there is no technical reason to do so,” Simson said upon arrival at the special Energy Council in Brussels on Tuesday, disputing the company’s claims.

“This is a politically motivated step, and we have to be ready for that. And exactly for that reason, the preemptive reduction of our gas demand is a wise strategy,” she added.

Last week, Russian President Vladimir Putin said Gazprom “has always fulfilled and will fulfil all of its obligations”, adding that “our partners are trying to shift the blame for their own mistakes to Gazprom without any basis”.

In his nightly video address on Monday, Ukrainian President Volodomyr Zelenskyy accused Moscow of using restrictions in gas supply to inflict what he called “terror” on Europe and urged the EU to agree tougher sanctions against Russia.

“All this is done by Russia on purpose to make it as difficult as possible for Europeans to prepare for winter. And this is an open gas war that Russia is waging against a united Europe,” he said. “And they do not care what will happen to the people, how they will suffer, from hunger due to the blocking of ports, or from winter cold and poverty. Or from occupation,” Zelenskyy added. 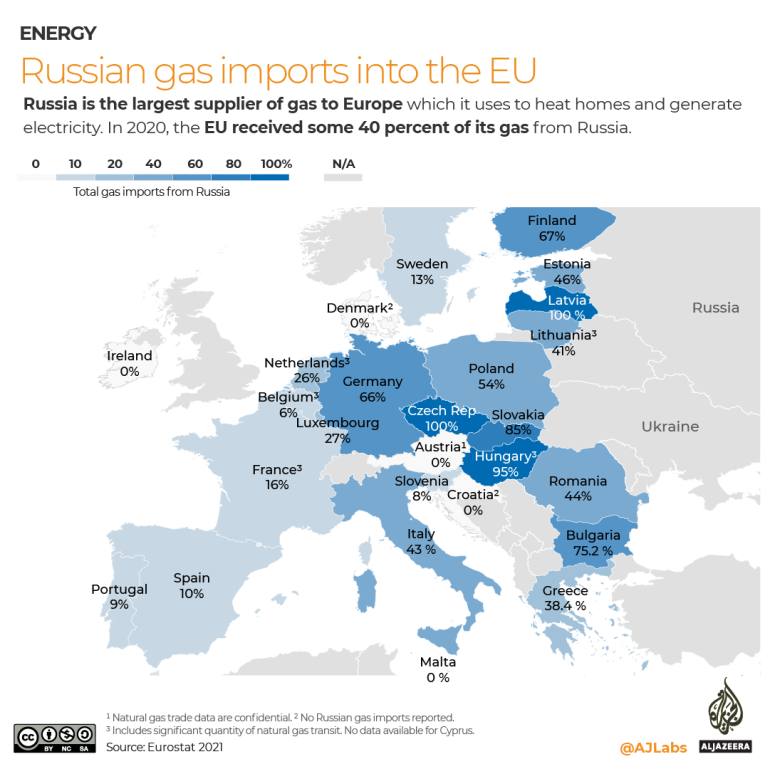 Al Jazeera’s Abdullah el Shami, reporting from Brussels, said the the 15 percent cut would “save around 45 billion cubic meters of gas that is needed for winter, which is expected to be very harsh this year.”

Should countries fail to achieve the target by mid-September, the EU could make the requirement mandatory, el Shami said.

The draft proposal put forward by the European Commission last week had stirred some dissent among several EU members, including Greece, Italy, Poland, Portugal and Spain, who opposed the idea that the EU’s executive branch could make the cuts binding in a supply emergency.

Anna Moskwa, Poland’s minister of climate and the environment, said on Tuesday the proposal was “neutral” for her country because it included no binding targets.

Speaking before the talks in Brussels, Moskwa said the Polish government was against assigning obligatory reduction targets to countries.

“We cannot accept any decisions that are imposed on countries,” she told reporters. “Energy security is a national prerogative.”

She added that gas storage sites in Poland were full and that her country had no need to limit gas usage now.

She said, however, that her government saw pollution costs under the EU carbon market as threatening energy security.

Spanish Energy Minister Teresa Ribera said upon arrival at the meeting that her government was opposed to forcing consumers and companies to cut their gas use, arguing the country heavily invested in infrastructure to import and re-export natural gas to the rest of the EU.

“Unlike other countries, we Spaniards have not lived beyond our means in terms of energy consumption,” she had said last week, after the Commission published its proposal.

“Putin will continue to play his dirty games in misusing and blackmailing gas supplies,” Sikela said as he arrived in Brussels.

The Gazprom cut, he said, “is just an additional … proof that we have to take the game in our hands and we have to reduce the dependencies on Russian supplies as soon as possible”.

EU countries are expected to approve the proposal with opt-outs allowing them to follow different national paths to prepare for Russian supply cuts.

Making the targets compulsory would particularly benefit economic powerhouse Germany, which is dependent on Russian gas for much of its energy production and might need help from its neighbours.

German Economy Minister Robert Habeck said on Tuesday that approving the proposal would be a show of unity.

“Of course, there are a lot of compromises in this text now. This is the way Europe operates,” Habeck told reporters in Brussels.

“It’s a very important next step. It shows that Europe stays united, that Europe is able to find unity,” he said, adding that the plan sent a signal to “Putin and to Russia: ‘you won’t split us'”.