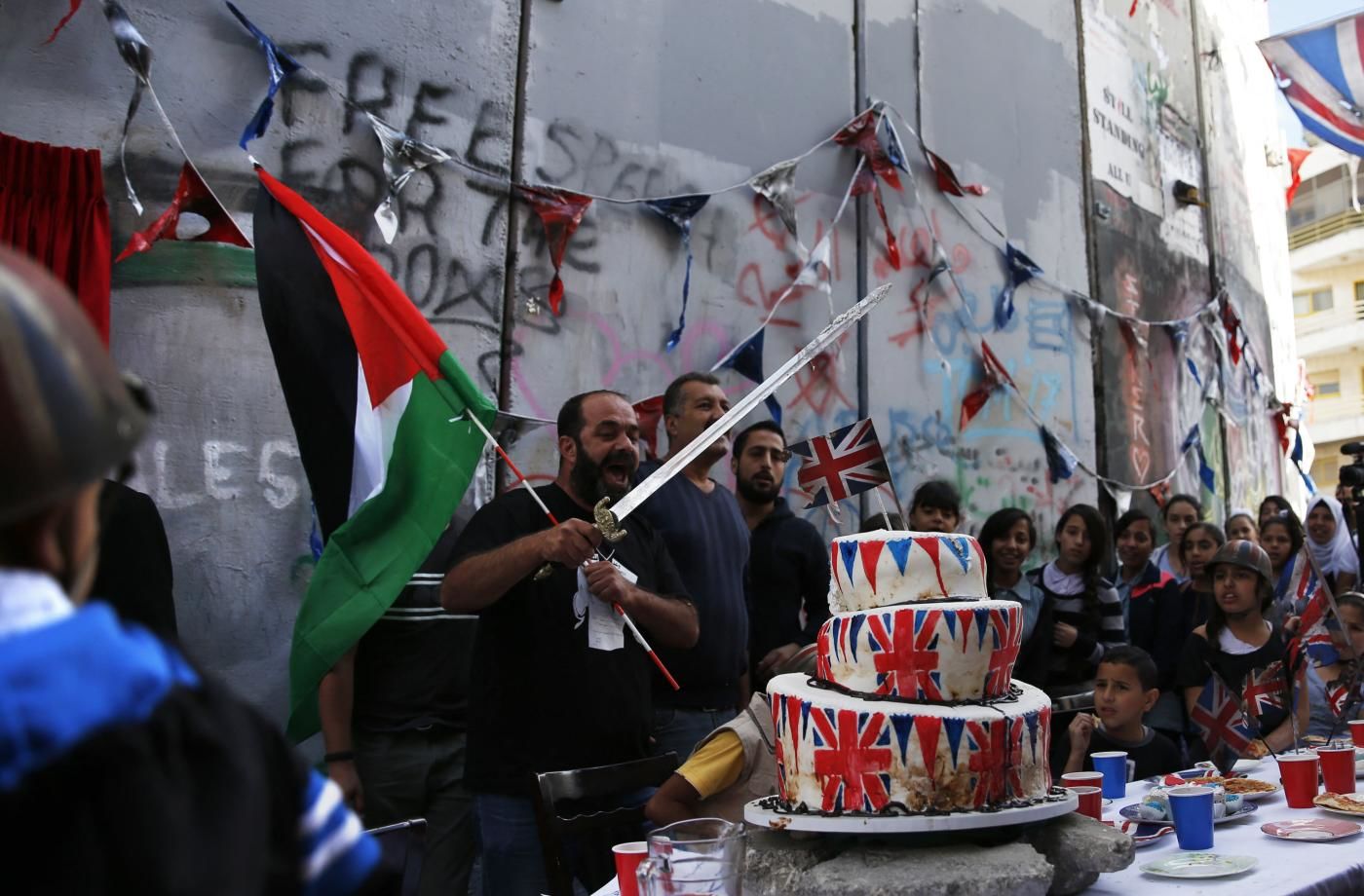 Members of the Association of the Palestinian Community in the UK (APCUK) are to launch a legal case to compel the British government to apologise for the 1917 Balfour Declaration that promised the creation of a Jewish homeland in historic Palestine.

According to a report published by the London-based Al-Quds Al-Arabi newspaper, the organisation said “a special lawyer was appointed to carry out the necessary legal procedures".

Hundreds of Palestinians in Britain participated in a large meeting in the capital, London, on Saturday evening, in which they discussed the 104th anniversary of the “Balfour Declaration” and decided to proceed to establish a lawsuit to demand the government apologise for it.

British lawyer Ben Emmerson, who was officially entrusted by senior representatives of the Palestinian community, presented some evidence on which he will base the lawsuit, including Britain's direct responsibility for the situation in the Palestinian territories during the period prior to the establishment of the Israeli state in 1948, when British forces were in charge of the country's administration.

The meeting was opened by the Palestinian ambassador to London, Husam Zomlot, who pointed out that the Palestinian Nakba ("catastrophe") led to the displacement of many families and to the establishment of an apartheid state, and this state that practices crimes and violations against the Palestinians is receiving support from Britain until now.

The Balfour Declaration was issued on 2 November 1917 by the then British foreign secretary, Arthur Balfour, and stated that Britain pledged to facilitate the establishment of a "national home for the Jews in the land of Palestine".

The former leader of the Palestinian Fatah movement in Gaza, Mohammed Dahlan, who has been residing in the UAE for years, is seeking Russian support in order to return to the Palestinian territories and settle his differences with Palestinian President Mahmoud Abbas, according to a report published by the Lebanese Al-Akhbar newspaper.

Private sources said that Dahlan had visited Moscow recently, anticipating an upcoming Abbas visit there, because he "seeks to obtain Russian pressure to return to the ruling Fatah movement in the Palestinian Authority", according to the newspaper.

Sources close to Dahlan revealed that "the visit may carry a security dimension, linked specifically to the presence of the Russian company Wagner in the North African region, namely the state of Mali, where the exchange of security information and military equipment is being talked about", according to the Lebanese newspaper.

Egypt has banned the installation of fundraising boxes in mosques and has ordered that any donations be limited to state-approved bank accounts, according to the Egyptian Youm7 newspaper.

Government authorities have moved on this matter "in all 27 provinces", including extensive meetings with mosques to ensure the implementation of this decision, according to the newspaper.

The minister of Awqaf (endowment), Mohamed Mokhtar Gomaa, temporarily excluded from the ban the voluntary funds in some mosques, pending coordination with their owners and the implementation of a mechanism for moving to voluntary contributions through bank accounts.

He said that Egypt had 143,000 mosques and stressed that "the government and its oversight agencies must be aware of the movement of those funds", referring to donations collected from people.

Some Egyptians expressed alarm at the decision on social media and saw the initiative as a desire by the state to control the sources of financing for mosques and houses of worship.

Jordan said the numbers of tourists arriving in the kingdom had recently recovered thanks to low-cost European airlines offering flights from various European cities to the capital, Amman, according to the Jordanian Al-Ghad newspaper.

Director-general of the Tourism Promotion Authority, Abdul Razzaq Arabiyat, said that since the middle of this year, Jordan had witnessed an increase in the number of tourist flights to the kingdom.

Arabiyat explained that Jordan saw 50 planes carrying tourists coming to the kingdom from various European countries via low-cost flights affiliated with EasyJet and Ryanair, and said he expected their numbers to rise with the entry of low-cost Wizz Air in the middle of next month.

He added that a government plan to attract more tourists to Jordan involved "low-cost aviation [as] an essential and important axis for increasing the number of tourists and moving the economic wheel in general by increasing tourism income”.