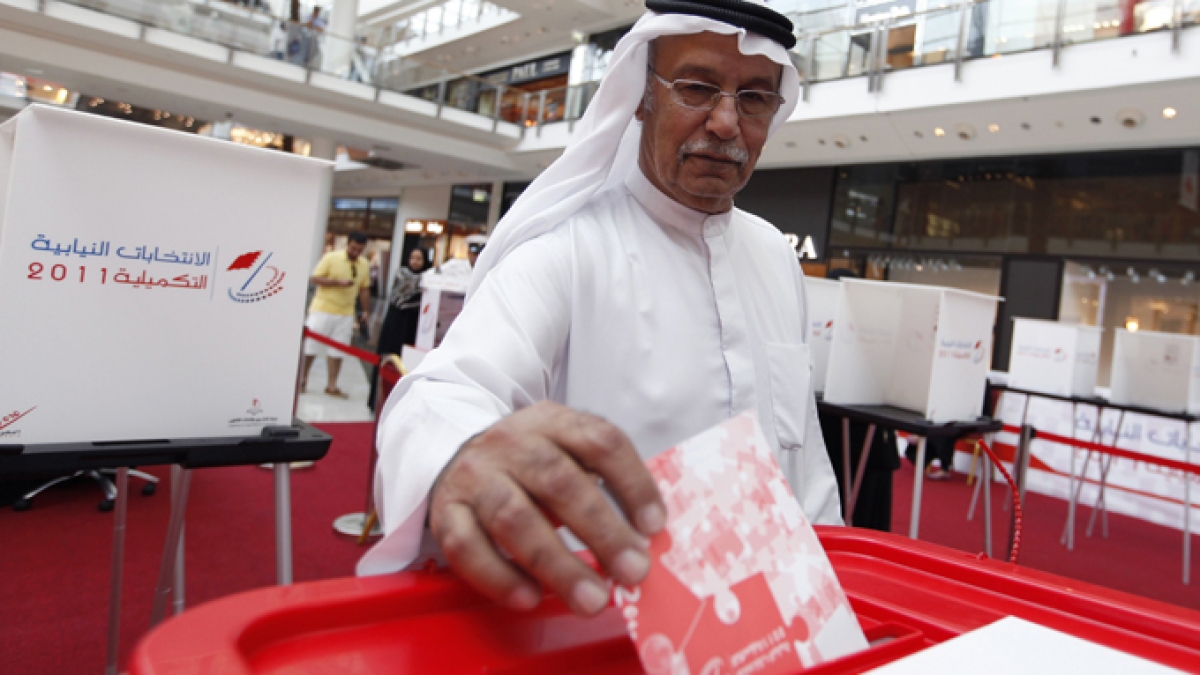 More than 500 candidates are running for 40 parliamentary and 30 municipal seats, including 94 women.

Bahrain has held parliamentary elections in an environment that human rights groups described as “political repression” after the Gulf state dissolved main opposition groups and cracked down on dissent.

Polling stations opened at 8am local time (05:00 GMT) on Saturday on the island state, which crushed a 2011 anti-government uprising led largely by the Shia-Muslim community that has long complained of discrimination, a charge denied by authorities.

They did not say when the results would be announced.

Ahead of the vote, which includes municipal polls, rights group Amnesty International criticised “highly restrictive measures” that bar members of banned opposition groups and those who served jail terms longer than six months.

“Holding this general election will not address the atmosphere of repression and the denial of human rights that has gripped Bahrain for years,” Amnesty said in a statement.

Bahrain, which has jailed thousands, some in mass trials, including opposition leaders, said 344,713 voters were eligible to cast their ballot, down from 365,467 in the last polls in 2018.

More than 500 candidates are running for 40 parliamentary and 30 municipal seats, including 94 women, more than double the 2018 figure, authorities say.

The London-based Bahrain Institute for Rights and Democracy described the vote as a “sham”, saying other legislation linking voter inclusion with previous election participation appeared to be aimed at individuals who boycotted earlier polls.

Authorities in Bahrain deny accusations of human rights abuses and say its elections are democratic.

Its parliament consists of the elected Council of Representatives and the Shura Council, whose 40 members are appointed by the king.

A small oil producer that is home to the US Navy’s Fifth Fleet, Bahrain is one of the most indebted states in the Gulf.

It was bailed out in 2018 by wealthy neighbours with an aid package of $10bn tied to reforms aimed at attaining fiscal balance by 2024. Its debt fell slightly to 129 percent of gross domestic product (GDP) in 2021.

Higher oil prices have improved the fiscal outlook for Bahrain, which says it is pushing ahead with an economic recovery plan to grow non-oil GDP by 5 percent this year and create 20,000 jobs for Bahrainis each year for the next two years.

Many Bahraini Shia complain they face discrimination in areas such as jobs and government services in the nation of 1.5 million. Authorities reject the accusations and have accused Iran of fostering unrest, an allegation Tehran denies.

The ministry did not identify these websites, but the country’s state-run Bahrain News Agency could not be reached online nor could the website for Bahrain’s parliament. Later, Bahrain’s election website could not be accessed from abroad.

“Websites are being targeted to hinder the elections and circulate negative messages in desperate attempts that won’t affect the determination of citizens who will go to the polling stations,” the interior ministry said in a statement.

Screenshots taken by internet users showed a picture after the hack claiming it was carried out by a previously unknown account called al-Toufan, or “The Flood” in Arabic.

Social media accounts associated with al-Toufan said the group tried to take down the parliament’s website “due to the persecution carried out by the Bahraini authorities, and in implementation of the popular will to boycott the sham elections”.