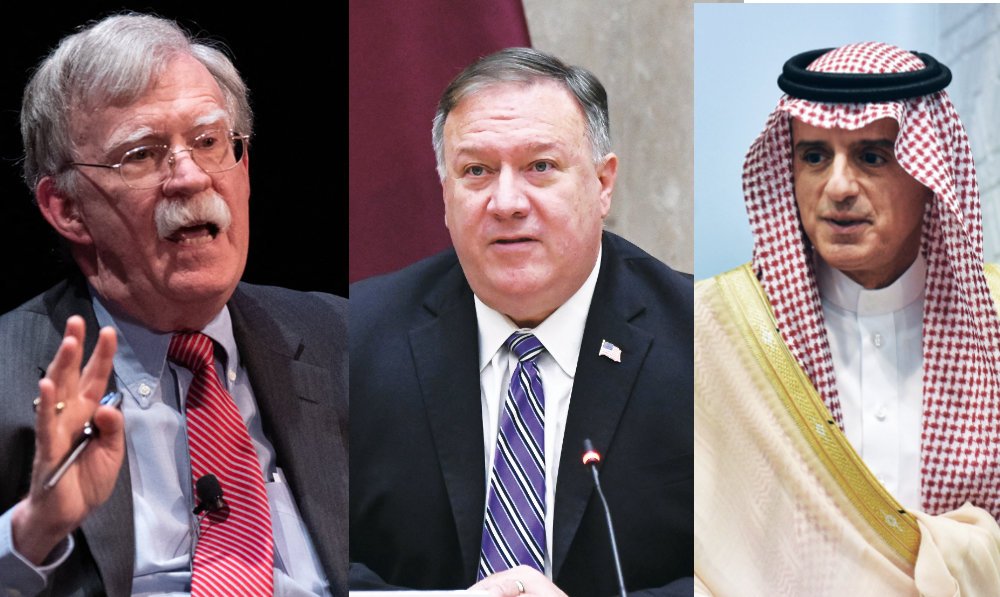 For the past year, unbeknown to the citizens of Washington D.C., an assassin had allegedly been stalking the streets of the US capital searching for a prime target: A former high-ranking American official whose killing would shake the world and serve as a symbol of vengeance against the West.

This alleged plan was revealed to have been foiled when, on Wednesday, the US Department of Justice officially charged an Iranian citizen with plotting to kill John Bolton, a senior national security adviser under both the Bush and Trump administrations.

Shahram Poursafi was charged with use of interstate commerce facilities in the commission of murder for hire and providing and attempting to provide material support to terrorists. 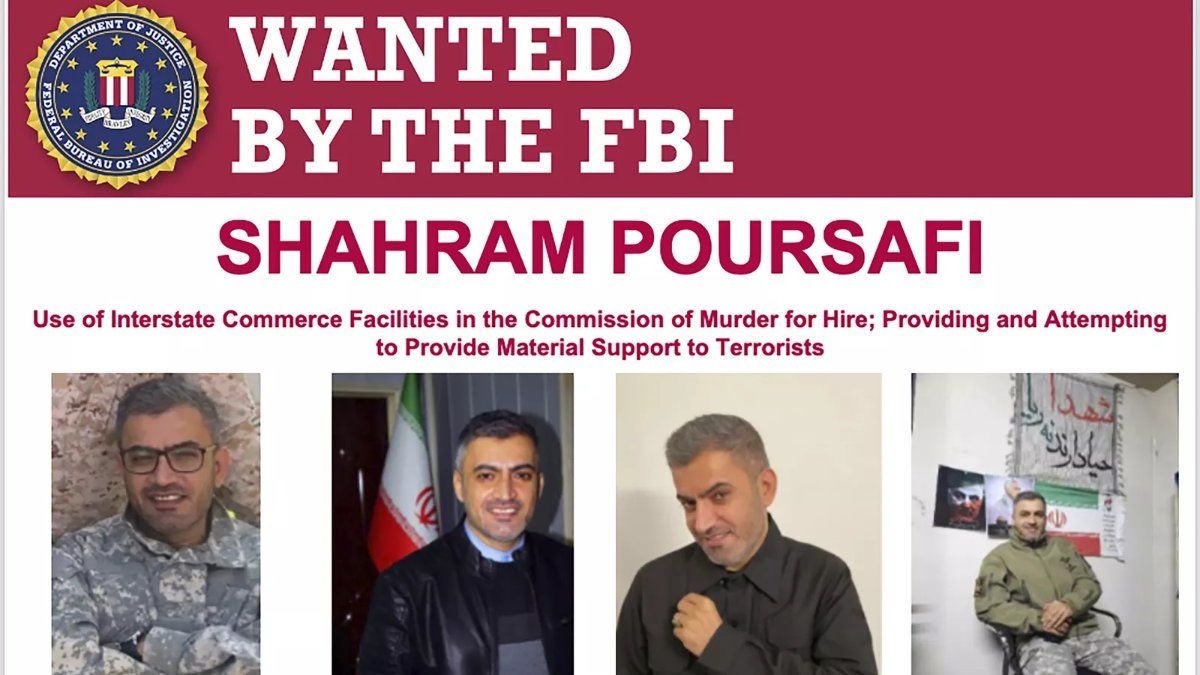 According to the Justice Department’s indictment, Poursafi attempted to hire criminals in the US to carry out the murder in Washington, D.C., or Maryland for $300,000. On Nov. 9, 2021, Poursafi contacted a confidential source.

The FBI said that Poursafi is a member of Iran’s Islamic Revolutionary Guard Corps (IRGC), which is designated as a terrorist organization by Saudi Arabia, Bahrain and the US. He was acting on behalf of the Quds Force, an elite arm of the IRGC. Poursafi remains at large and is considered armed and dangerous.

Nasser Kanaani, an Iranian foreign ministry spokesman, has strenuously denied that the Iranian government planned to assassinate Bolton, calling the accusations “baseless.” But the regime’s long history of targeting critics and dissidents abroad belies its protestation of innocence.

Since the Iranian Revolution in 1979, Tehran has carried out assassinations and attacks on Iranian dissidents and foreign officials worldwide. Which is why for Iranian affairs expert Dr. Mohammed Al-Sulami, the revelation of the most recent plot comes as no surprise.

“Iran has been following this strategy for decades,” Al-Sulami, founder and chairman of Rasanah: International Institute for Iranian Studies in Riyadh, told Arab News. “More than two dozen successful assassination operations have been carried out by the Iranian regime across the globe.” 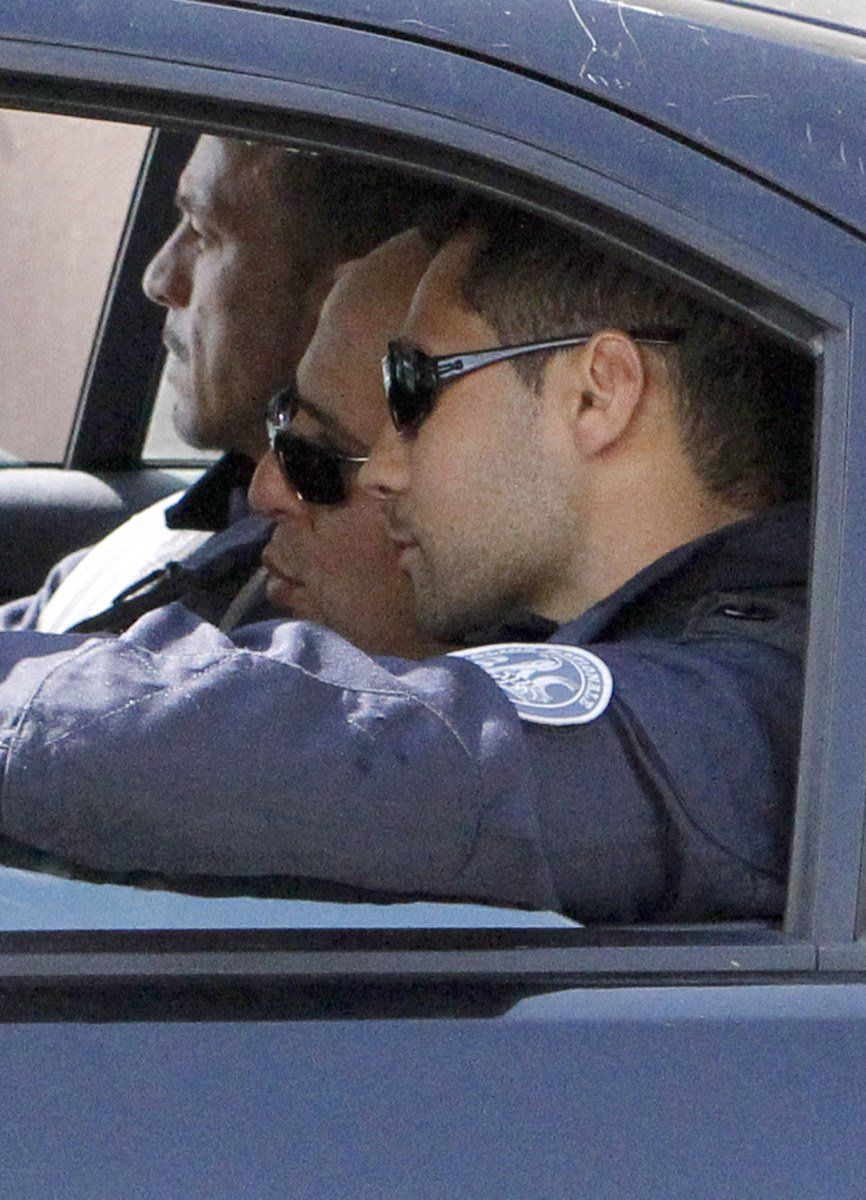 Since 1979, individuals believed to be linked to the Iranian government have carried out attacks against dissidents and opposition figures in more than a dozen countries, including, France, the US, Austria, Switzerland, the UK, Germany, the Netherlands, Albania, Thailand, Denmark and Turkey. Individuals linked to the Iranian government have also hijacked aircraft and bombed government offices as well as military installations around the world.

“Worldwide threat assessments from the US intelligence community have for years warned that Iran is trying to develop networks inside the US for such operations,” Jason Brodsky, policy director at United Against Nuclear Iran, told Arab News.

“These operations are shocking, but not surprising. There’s a long history dating back to the beginning of the Islamic Revolution,” he said, citing the assassination of Iranian exile and former press attache to the Iranian embassy in the US, Ali Akbar Tabatabaei, in Maryland in 1980.

Brodsky pointed out that in 2011, the US Justice Department charged two Iranian citizens, one of whom was a commander in the Quds Force, with planning a murder-for-hire targeting the then Saudi ambassador Adel Al-Jubeir at a restaurant in Washington, D.C.

FBI investigations revealed that money had been wired to Iranian US dual national Mansour Arbabsiar, one of the potential assassins, from a known Quds Force bank account, and that the fee for the assassination was $1.5 million.

The 2011 criminal complaint from the Justice Department said that “the Quds Force conducts sensitive covert operations abroad, including terrorist attacks, assassinations and kidnappings, and is believed to sponsor attacks against coalition forces in Iraq.”

Eric Holder, US attorney general at the time, added: “The criminal complaint unsealed today exposes a deadly plot directed by factions of the Iranian government to assassinate a foreign ambassador on US soil with explosives.” 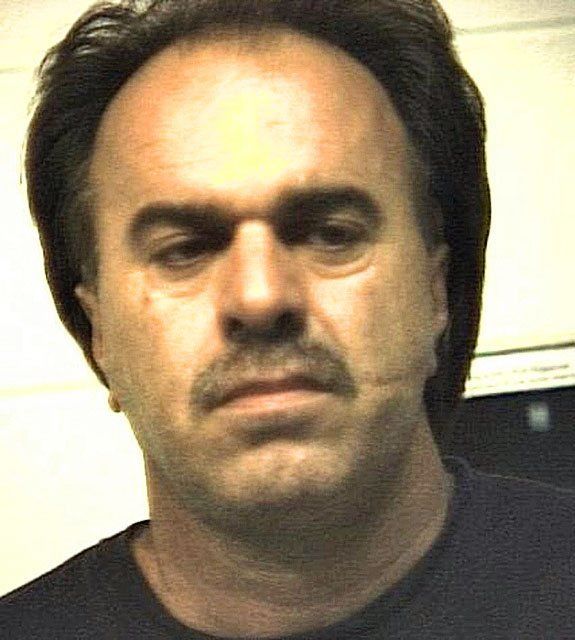 Mansour Arbabsiar was sentenced by a US court in 2013 for plotting to assassinate Adel Al-Jubeir, then Saudi ambassador to the US.

Ultimately, the plot, which involved the hiring of a Mexican drug cartel to assassinate Al-Jubeir — now the Saudi minister of state for foreign affairs — failed due to poor planning and the use of unskilled operatives. Arbabsiar, who was working as a used car salesman in Texas, was sentenced to 25 years in prison in 2013.

“They do so through their agents and proxy army, creating chaos in the region and beyond. They are now a threat not only to the region, but to the US as well by attacking US missions and army bases.”

Such attacks blamed on Iran are not just limited to political figures. Masih Alinejad, an Iranian US journalist and women’s rights activist, was the target of a kidnapping plot in July of last year. Just last month, a man with a loaded AK-47 rifle was arrested outside her home in New York City.

Brodsky says that in the plot against Alinejad, instead of the elite international Quds Force, Iranian intelligence operatives were directly involved. 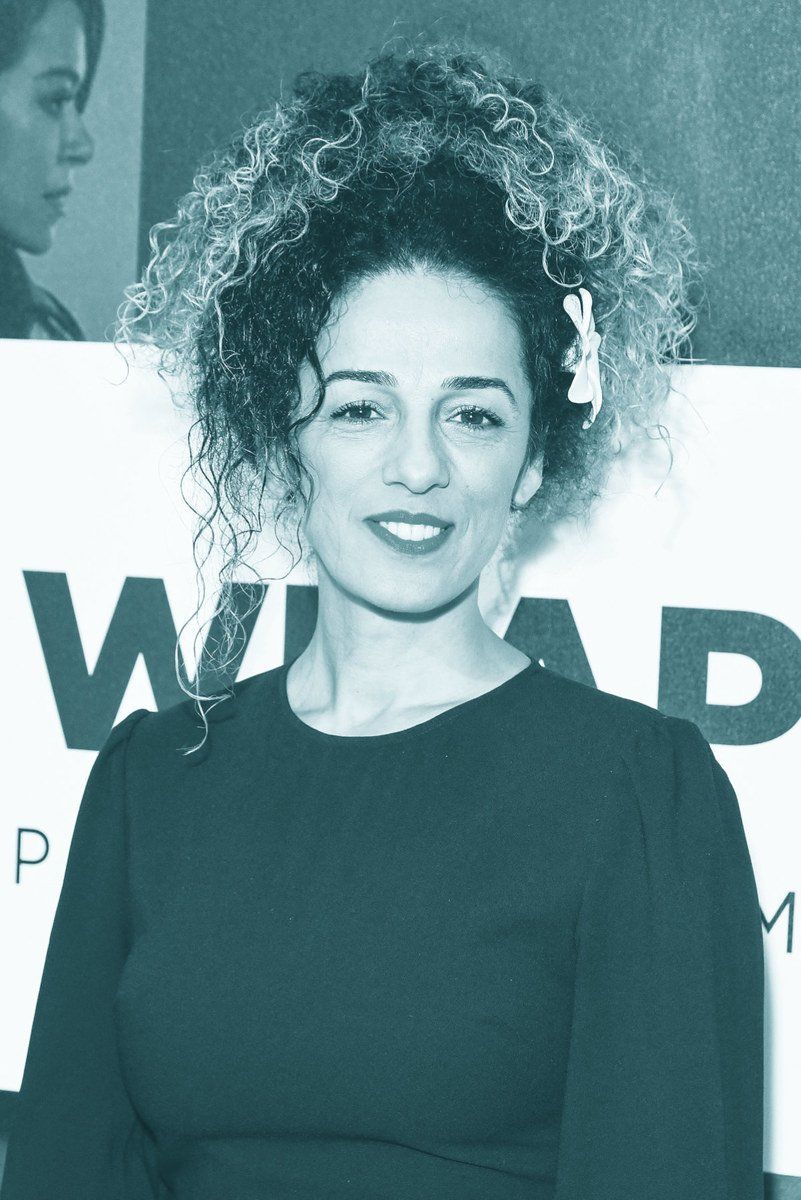 Iranian US journalist and women’s rights activist Masih Alinejad was the target of a  Tehran kidnapping plot last year.

“Not just the IRGC Quds Force has attempted operations to harm American citizens on US soil. Iran’s Ministry of Intelligence has also undertaken those operations,” he said. “That shows that we have different parts of the Iranian system all trying to penetrate the US, and that’s definitely a cause for concern.”

Sources close to Mike Pompeo, the former US secretary of state, told CNN that Bolton was not the only target of the most recent Iranian plot. Pompeo was reportedly one of two individuals whom Poursafi had sought to assassinate through a third party, with the price tag for Pompeo’s death being $1 million.

Iran’s plots against US officials and citizens have come in the wake of the Jan. 1, 2020, strike that killed Qassem Soleimani, commander of the Islamic Revolutionary Guard Corps’ Quds Force. After the incident, Iranian political and military officials vowed revenge for Soleimani’s death.

However, according to Al-Sulami, the regime completely failed in terms of taking revenge, denting its image among followers in the region and beyond. 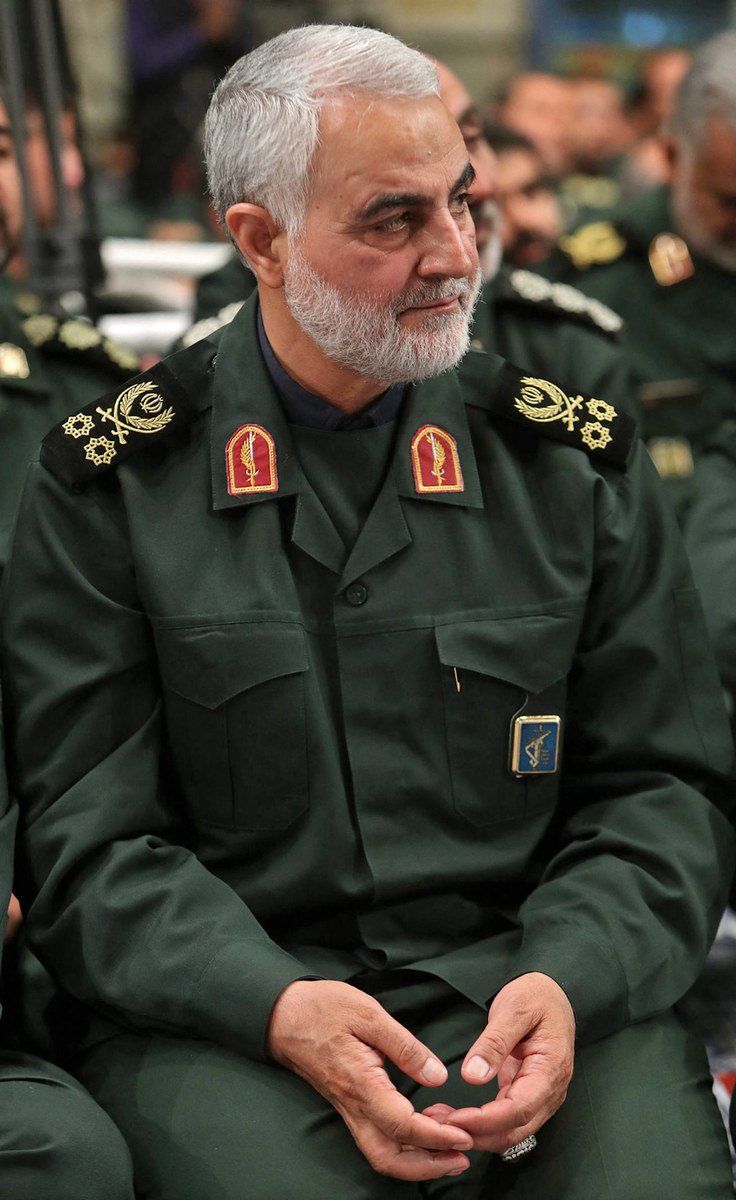 “Soleimani is not a replaceable military commander in terms of managing the IRGC’s militias in Iraq, Syria, Lebanon and Yemen; he is a big loss for the management of Iran’s regional file,” Al-Sulami told Arab News, adding that Iran resorted to carrying out assassinations when its propaganda failed to convince Iranians and Iran-backed militias that it had avenged Soleimani’s death.

In January, two years after the killing of Soleimani, Iranian President Ebrahim Raisi vowed to exact vengeance on those responsible if then US President Donald Trump was not put on trial for ordering the strike.

Pompeo was serving as secretary of state at the time of Soleimani’s killing, and Bolton had pushed for both regime change in Iran and the US withdrawal from the Iran nuclear agreement.

Al-Shehri says the latest revelation begs the question of how US-Iranian relations will be affected, if at all. “Since Ayatollah Khomeini denounced the US as the ‘Great Satan’ and approved seizing the American Embassy in Tehran in November 1979, the US has treated Iran as one of the most extreme, irrational and dangerous governments in the world,” he told Arab News. 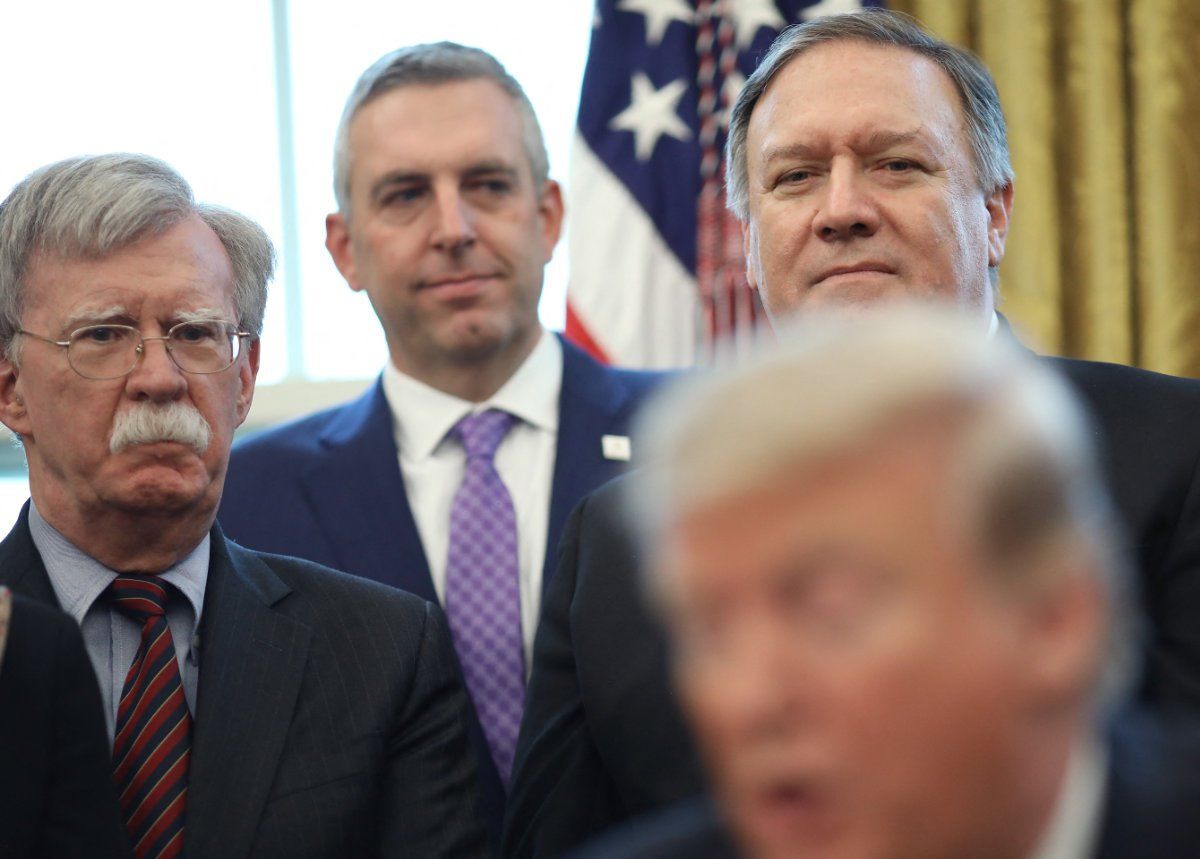 After the attempt on Bolton and Pompeo’s lives, he asks, “will the US still allow Iran to continue its enrichment program? Will they allow Iran to obtain nuclear capabilities.”

With the uncovering of the alleged plot, political commentators took to social media to criticize the Biden’s administration’s approach to relations with Iran.

“Intent to murder a former senior US official is not enough to dissuade this administration from negotiating with Iran,” tweeted Simone Ledeen, former US deputy assistant secretary of defense for the Middle East.

Reacting on Twitter, Morgan Ortagus, a former State Department spokesperson, said: “It is clear that the Iranian regime will spare no cost to kill (Mike Pompeo). The smoking gun that the Biden administration apparently requires to push back on Iran must not be a mass-casualty event with our former secretary of state at the center.”

Analysts caution that the perception of a lack of serious consequences may be behind Iran’s bold attempts to assassinate dissidents and enemies abroad. Brodsky says that for Iran, the potential rewards associated with assassinating a top US official far outweigh the risks, partially due to the lack of perceived consequences from the US.

“On the policy level toward the Iranian regime, the US is saying there will be severe consequences when there is an attack on US officials. What about an attempted attack? This was an attempted attack on a former US national security adviser and secretary of state. That’s explosive,” he said.

“So if there isn’t a consequence when there’s an attempted attack, it’s not going to break the cycle and change the Iranians’ calculation.”

Looking to the future, Al-Sulami said, “The Iranian political system will continue targeting other countries in the region and beyond, as well as officials from the US and Saudi Arabia in particular, unless the political and security negotiations, and engagements with Tehran, address this belligerent and terrorist behavior.

“If not, Iran will continue with its policy of assassinations targeting US and Arab officials.” 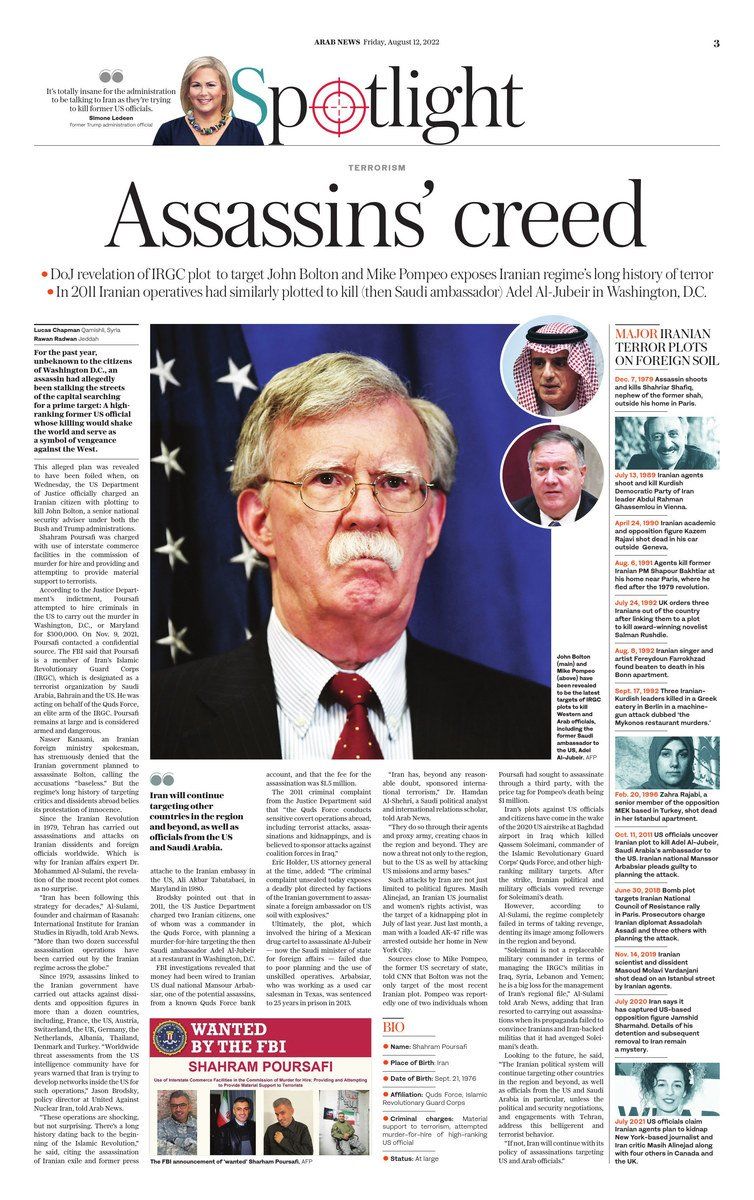